Never has a movie experience shook me more than David Lowery’s ‘A Ghost Story’. After this existentialist tragedy of a film, I walked out speechless, even disturbed on an emotional level. I still have questions. “What has this road led up to?” “What is the point of its existence?” “Why did I witness Rooney Mara eat a pie for 10 minutes?”. What Lowery does with ‘A Ghost Story’ is an example of great, yet thought-provoking film-making. The film is supposed to be a journey on the meaning of life through the point of view of a ghost. It is a tedious experience that could turn some audiences away, while leaving others experiencing something unconventional.

END_OF_DOCUMENT_TOKEN_TO_BE_REPLACED

‘Lion’; based on the autobiographical novel ‘A Long Way Home’ by Saroo Brierley; is about his experiences getting adopted by an Australian couple after getting separated from his family via train, and the journey he takes to get back to his hometown of Khandwa, India via Google Earth. This could have felt like an advertisement for Google Earth, but the story behind both the book and movie; directed by Garth Davis (in his feature debut), and starring Dev Patel as Saroo, tells us otherwise. What the film intends to do is inform us of the many missing children in India (as most movies with tragic subjects based on true stories tend to do to keep us aware. Last year’s ‘Best Picture’ winner ‘Spotlight’ did the same with the topic of the Catholic priest sex scandals that occurred in the 90’s). While the film is thoughtful in that aspect, Davis’ direction of the autobiographical film is not by much.

END_OF_DOCUMENT_TOKEN_TO_BE_REPLACED 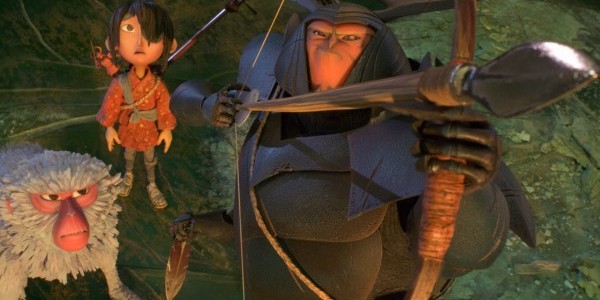 I believe what makes ‘Kubo and the Two Strings’ worth watching is not only for its amazing stop-motion, but also for the animators’ ability to bring a large world- such as the one scene in this movie -to life. If you look at the mountains and the seas that are shown during this amazing, yet terrifying and thrilling adventure that young one-eyed Kubo (Voice of Art Parkinson) takes along with his companions: The fierce Monkey (Voice of Charlize Theron) and the idiotic, yet in some ways brilliant, master of archery Beetle (Voice of Matthew McConaughey in his animated debut), you can feel the style and effort these animators have put forth in order to make this movie an animated masterpiece.