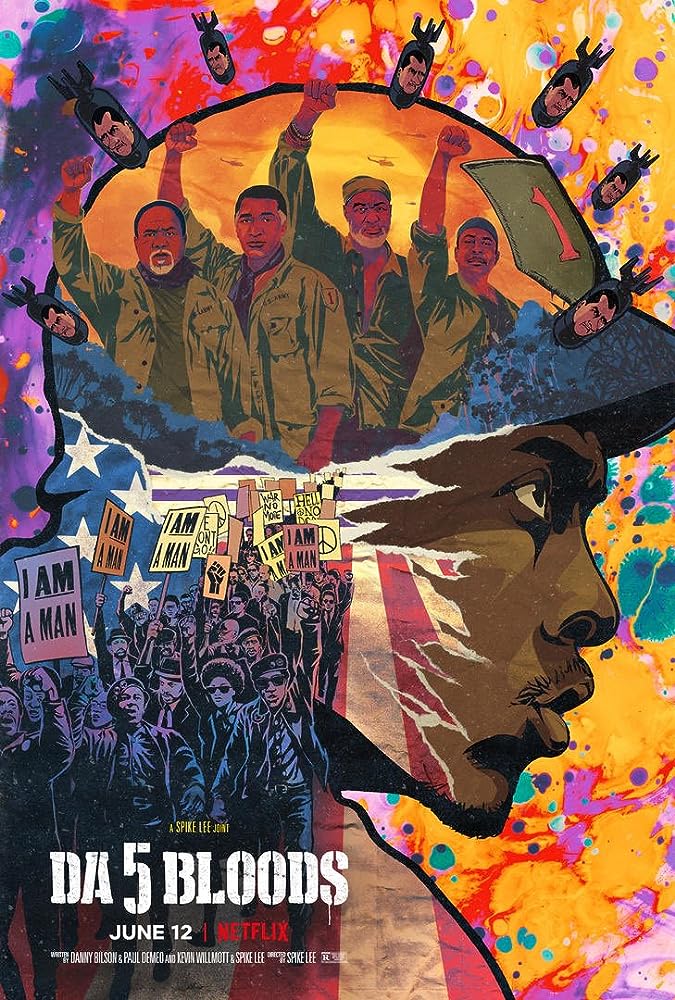 END_OF_DOCUMENT_TOKEN_TO_BE_REPLACED

After the critical and financial success that was ‘Get Out’, for which writer/director Jordan Peele won an Oscar for ‘Best Original Screenplay’, the new mastermind of horror has now returned to give us… well… ‘Us’. It plays as a throwback to 70’s horror films with its cinematography and style, and as a feature-length ‘Twilight Zone’ episode with its themes and characters, yet one thing is for certain; Peele is a filmmaker that requires you to throw expectations out the door and pay attention, even if the results turn out as predictable as you expect for a horror film.

END_OF_DOCUMENT_TOKEN_TO_BE_REPLACED

Alfonso Cuarón’s ‘Roma’ has received tons of praise and hype prior to its Netflix release, with many saying that it will become an Oscar favorite, leading to its ‘Best Picture’ nomination. It has also received accolades for Director and Foreign Language Feature, which makes its chances of being recognized by the Academy that much likely. It is clear that more Awards events are recognizing Netflix films as more than at-home entertainment, but instead works of art. In fact, each moment in ‘Roma’ could be seen as art, from its first shot to the last.

END_OF_DOCUMENT_TOKEN_TO_BE_REPLACED

Disney and Pixar’s newest effort ‘Coco’ was everything I wanted (and expected) from the moneymaking animation studio. It is, at times, funny, well-animated in every detail, bright, colorful, and even heartbreaking. Not since 2015’s ‘Inside Out’ has Pixar made quite an impact on my movie-going experience to the point where I want to revisit its bright and beautiful world; it seemed that after that animated masterpiece, the studio has not seemed to match ‘Inside Out’ in terms of quality storytelling, even if they have not lost the stroke of the brush; ‘The Good Dinosaur’ was near forgettable and felt like other animated movies that have come before it; ‘Finding Dory’ did not live up to its emotional potential when compared to ‘Finding Nemo’; and ‘Cars 3’ was quite fine, but nothing to write home about. With ‘Coco’, it looks like Pixar is back in business; proving once again that they have what it takes to be the top dog in computer animation.

END_OF_DOCUMENT_TOKEN_TO_BE_REPLACED

Looking back on ‘Battle of the Sexes’ – based on the 1973 tennis match between Billie Jean King and Bobby Riggs – I realize that it is a true product of its time; from the 70’s-style version of the Fox Searchlight Pictures logo, and its fuzzy, yet dim, VHS cassette tape look, to its timely look at sexuality and equal rights. Everything about this biographical sports drama – directed by the husband-and-wife duo of Jonathan Dayton and Valerie Faris (‘Little Miss Sunshine’, ‘Ruby Sparks’) – was made to be put into a time capsule for the Academy to view nearly 45 years later, but not before letting the world view what was inside. It is a fascinating spectacle that manages to be entertaining, charming, and triumphant!

One cannot see ‘Battle of the Sexes’ and not feel a glimmer of Emma Stone’s toothy smile and determined nature in her turn as King; who was a champion tennis player, as well as an advocate for equal rights; (The role was played by Holly Hunter in Jane Anderson’s 2001 film ‘When Billie Beat Bobby’) the same could be said for Steve Carell’s portrayal of Riggs, (Portrayed by Ron Silver in ‘When Billie Beat Bobby’) where he yuks it up during practice sessions where he hits the balls with a frying pan while jokingly saying “I’m cooking!”, or by dressing up as Little Bo Peep, whose sheep are running rampant on the court. All this makes him more of an entertainer than the “male chauvinist pig” he claims to be. Both Stone and Carell are entertaining to watch. As King and Riggs, they are as immersed as you expect them to be. I expect both to get nominations in the acting categories for next year’s Oscars; and I would not be surprised if ‘Battle of the Sexes’ gets a shot at fitting in the ‘Best Picture’ category as well.

END_OF_DOCUMENT_TOKEN_TO_BE_REPLACED

If there is a lesson we should all take from ‘Detroit’, (A.K.A. Kathryn Bigelow’s newest attempt at an Oscar.) it would be the phrase “History repeats itself.” You see it in the news more than ever – reports of rioting, racial tension, and police brutality – whether it be as a trending topic on Facebook, on the newspapers delivered from city to city, or your television. This type of negativity is really hard to escape, but these are not new problems, they have become social issues for decades; causing the connection between racism and police matters to become debatable among those who hear the news. It happened in the 60’s, and it is still causing discussion now; which is why Bigelow decided to bring this true event to light.

END_OF_DOCUMENT_TOKEN_TO_BE_REPLACED

‘The Zookeeper’s Wife’ looks like Oscar bait. It has an Oscar-nominated actress in the lead role, a compelling score by composer Harry Gregson-Williams, emotional scenes where actors cry at the drop of a hat, and the words “Based on a true story”, but this is one of the few times where I can say that this attempt at being thought of during Oscar season really pays off. ‘The Zookeeper’s Wife’ tells the story of Antonia (Chastain) and Jan Zabinski (Johan Heldenbergh), who run the Warsaw Zoo in Poland, yet have to find a way to survive when the German army starts bombing, causing Jews to flee with nowhere else to go, but to find shelter in the destroyed zoo.

END_OF_DOCUMENT_TOKEN_TO_BE_REPLACED

As Batman in ‘Batman v. Superman: Dawn of Justice’ and Christian Wolff in ‘The Accountant’, Ben Affleck has had a pretty good 2016; although, he hasn’t directed a film since ‘Argo’, which was a very funny and thrilling piece of work that earned 3 Oscars, including Best Picture (but no director nod for Affleck). Here, he has to balance both being behind and in front of the camera; the result is a rushed, squeezed-in gangster flick about adultery, the prohibition-era, and a bit of soul-searching. As a director, Affleck has it covered. The action scenes in this movie are well-handled as well as its costume design and beautiful cinematography. But that’s all ‘Live By Night’ has going for it.