But if the film is allowed to wait long enough–until the filmmakers are dead, until neorealism is less an inspiration than a memory–“The Bicycle Thief” escapes from its critics and becomes, once again, a story. It is happiest that way.

The length of time I have taken off from reviewing movies has become a bit of a meme among my friends. Things have hit hard with COVID-19, moving away from home, and generally having a writer’s block the size of the Korean DMZ. All things considered, it has been good to get some time to think about the way I approach movies, and generally look into some movies I might never see. It is for this reason that I have delved deep into the ratings of IMDB to find the top community rated films of all time (to be perfectly clear, I bought a poster of the top 100 list for me and my girlfriend, and we’re watching a movie every week from the list). Let’s have a look at the first movie from the list: Bicycle Thieves.

END_OF_DOCUMENT_TOKEN_TO_BE_REPLACED

This Film is Nuts 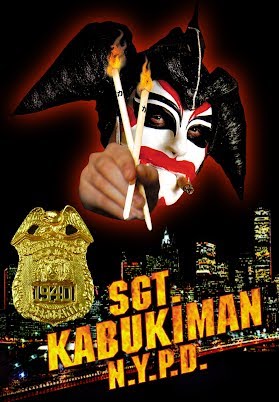 My buddy decided one day that he was had to show me Sgt. Kabukiman N.Y.P.D. and I obliged him. He had mentioned it a few times and it sounded kind of insane. What was just meant to be him showing me a bit of the movie to see if I might want to watch it later, turned into us actually watching the whole thing. I knew it was a B movie and I really wasn’t expecting much, but Kabukiman was both funny and entertaining throughout. END_OF_DOCUMENT_TOKEN_TO_BE_REPLACED

You Won’t Expect Anything in This Film

Now I know this may be a huge stretch for some of you. Maybe you don’t believe me. However, I urge you to at least hear me out a bit here. Tickled is a 2016 documentary directed by David Farrier a New Zealand journalist who is known for covering popculture stories. Things get interesting (and more than a little weird/mysterious) when he decides to look into the bizarre world of competitive tickling. Trust me when I say, you won’t expect the twists and turns this (100% real mind you) documentary takes as it uncovers a shocking secret. END_OF_DOCUMENT_TOKEN_TO_BE_REPLACED

What Would You do if You Could See Ghosts?

Paranorman is the second film to come out of Liaka Studios. Unlike their first film, Coraline , this film is an original story. Originally premiering in 2012, how does Paranorman hold up today and is it a worthwhile watch? Spoiler; the answer is yes. END_OF_DOCUMENT_TOKEN_TO_BE_REPLACED

Pretty Freaky for a Children’s Film

After noticing Jacob had reviewed Laika Studios’ most recent film, Kubo and the Two Strings, I decided it was high time we got around to reviewing Laika’s older films. What better time than during the October Review Fest? Today I’m looking at Coraline, a film that is pretty creepy and based on the Neil Gaiman book of the same title. It’s a great film for the time of year, but an excellent watch regardless. END_OF_DOCUMENT_TOKEN_TO_BE_REPLACED

‘Akira’ is considered by many to be an important film that paved way for future science-fiction classics, such as ‘The Matrix’ by The Wachowskis. It was also the film that was said to have introduced Anime to the Western part of the world. I have been wanting to see this film for a few years now; once I saw it in Target, the “movie critic” in me told me to buy it, considering it to be an important addition to my collection of film. (and what a wide variety I have.) After finally watching the film last night, I admit that it is definitely not the greatest Anime film I’ve seen in my life.