In the world of anime Gen Urobuchi is someone who needs no introduction. You might recognize him for such titles as Madoka Magica and Psycho-Pass, but his career actually goes a lot deeper than this. Last year I spent a ton of time researching and familiarizing myself with his creations for a review of Phantom: Requiem for a Phantom (which I recommend you give a look as I don’t want to retread that same information here), upon doing so, I was reminded of today’s focal point:  The Song of Saya. END_OF_DOCUMENT_TOKEN_TO_BE_REPLACED

I’ve noted here a few times that I’m a fan of the original 2011 series, Madoka Magica. It was a darker magical girl series, far from the first, but one that I particularly liked for how it all came together. Most notably, its characters, the art/animation, and of course sound. Then came its follow-up film in 2013, Rebellion, which reopened the series for future works (on top of being a very good film). What came was silence for several years, that is, until today’s title, Magia Record came out during the Winter 2020 season. END_OF_DOCUMENT_TOKEN_TO_BE_REPLACED 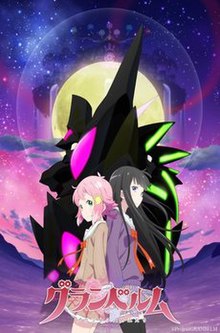 Maybe you haven’t heard of Bee Train as a studio, but they have less than a stellar reputation. You probably have heard of Gen Urobuchi, known for such series as Psycho-Pass and Madoka Magica. So what happens when these two get together to adapt one of Urobuchi’s early visual novels? Well, you get Phantom: Requiem for the Phantom, a dramatic tale of two assassins filled to the brim with twists and turns. END_OF_DOCUMENT_TOKEN_TO_BE_REPLACED

Was Nice Having you Amazon Prime

I got a lot of use out of the couple of years I was able to afford having Amazon Prime. However, I’m practically out of money so this is one of the things I have to let go of this year (along with a lot of other things). Anyway, since I officially lost the service today, I thought we’d look back at a few shows I quickly watched before the service ran out on me. I ended up having time for 3 shows which are:  Re:Creators, Irozuku: The World in Colors, and Yuki Yuna is a Hero season 2.

These shows were chosen because they were Amazon exclusive, things that I wanted to, or in some cases, already started watching, or had some buzz about them. Unfortunately I didn’t have enough time for Banana Fish but it is what it is. I’ll be reviewing the three shows I did manage to get around to just like I would normally for Mini Reviews. Enjoy! END_OF_DOCUMENT_TOKEN_TO_BE_REPLACED

WIXOSS is a Great Series

As you guys probably know, I did a whole collaboration with two other amazing bloggers, Ayano and Leth (you should totally check ’em out by the way), covering each episode of Lostorage Conflated WIXOSS. You can read up on all those here. As such, I don’t have a ton to say in terms of an overall review of the season so I’ll also be discussing my thoughts on the series as a whole and a quick rundown on the entire franchise. Let’s kick things off with my quick thoughts on this season!
END_OF_DOCUMENT_TOKEN_TO_BE_REPLACED

Here we are at the conclusion of Obsucre Week and our October Review Fest. Today I’ll be looking at an interesting title:  Le Portait de Petite Cossette. This anime is a three episode OVA series that came out of studio Daume back in 2004. Haven’t heard of them? Think again, this is the studio behind some fan favorites like Yuru Yuri, and another great Halloween title, Shiki. Is this title a hidden gem, or something that was best left buried in the past? Let’s find out. END_OF_DOCUMENT_TOKEN_TO_BE_REPLACED

I recently hosted a party where we all got together with a ton of food and watched Madoka Magica and Rebellion. It was a pretty fantastic time, so I thought I’d share how I set up the event, ran it, and how I think it turned out. Thought it would be interesting to share if nothing else, and it might even be useful for those of you looking to do something similar. END_OF_DOCUMENT_TOKEN_TO_BE_REPLACED