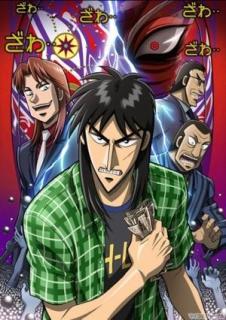 Kaiji’s second season started off with a bang, much like season one. I was hopeful. Unlike season one, I stayed interested in season two of Kaiji for much more of its runtime. The big reason is that the gambling games featured in season 2 were more varied and played out interestingly. You can view my thoughts on season one here.

However, by the end a huge flaw surfaced with the show. The pachinko arc was so… dang… long. I made the Dragon Ball joke last time, but it felt the same way here again. A real let down; I was disappointed because I wanted to like this series.

It’s a real shame too, because I actually enjoyed season 2 up until its final arc. Upon conclusion, the show does not wrap up the main conflict from season 1, but ends in a good enough fashion. Overall, this was better than season 1 (even having me retroactively rate season one a bit lower to a 5/10 form a 6/10), but just barely. 6/10 for this one. Only worth a watch if you have seen season one but is not really worth recommending past that.

You can find both seasons of Kaiji for legal streaming on Crunchyroll. Did you enjoy Kaiji or think it took on more than it bargained for? Let me know in the comments below. Leave a like if you enjoyed the article and hope to see you back at the site soon!