END_OF_DOCUMENT_TOKEN_TO_BE_REPLACED

Killing, Stalking, All in the Name of Love

My mom pestered me about watching Netflix’s You awhile back and I finally sat down and finished it over the weekend. It’s about a man, Joe, who after having his heart broken, falls in love with a beautiful woman, Beck, when she visits the bookstore he works at. However, Joe is a bit obsessive and is willing to do anything for love, even if that means a murder or two. END_OF_DOCUMENT_TOKEN_TO_BE_REPLACED

I find it hard to believe that Netflix decided to distribute the third installment in the ‘Cloverfield’ franchise. What started off as a found-footage science-fiction thriller shrouded in mystery and destruction paved way for sequels that have a cinematic look and feel. Though, one does not have to watch any in specific order (Honestly, I may have watched ‘Cloverfield’ months back, yet missed out on ’10 Cloverfield Lane’ before watching this). With ‘The Cloverfield Paradox’, it is easy to see that, despite having elements of the first ‘Cloverfield’, the characters, stories, and situations are different in how they handle this mysterious force. ‘Cloverfield’ took place at a going-away party in Manhattan where party-goers were filming the destruction, ’10 Cloverfield Lane’ set itself in a bunker with three survivors, while ‘The Cloverfield Paradox’ brings us into the future where time and space literally collide.

END_OF_DOCUMENT_TOKEN_TO_BE_REPLACED 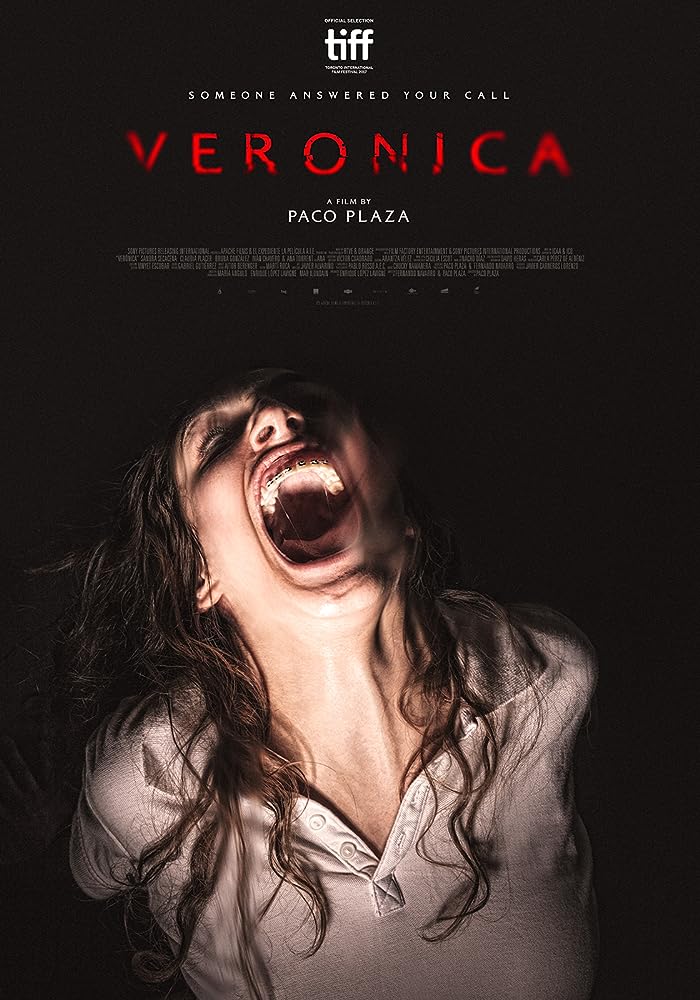 Many articles online claim that Spanish horror film ‘Veronica’ is “one of the scariest movies of all time”. At first glance, that may be hard to believe, since there is always that one report with those eight words plastered on every horror movie cover. Many critics know that the genre is filled with the same old jump scares and bloody/gory imagery to project shock among viewers. ‘Veronica’ has its share of these tropes, but with amazing direction by Paco Plaza, it becomes an intense haunted powerhouse of scares.

END_OF_DOCUMENT_TOKEN_TO_BE_REPLACED

I’m not sure what to say about ‘Alien: Covenant’, but as far as I can remember, it is one of the most disappointing science-fiction movies since ‘Morgan’. Here’s a little fact! If you remember my review of last year’s ‘Morgan’, I mentioned how the director of that little film was Luke Scott, a.k.a Ridley Scott’s father. Why do I bring up this fact? Well, if you know the movies ‘Alien’ and ‘Prometheus’, then you know the name ‘Ridley Scott’. He has made acclaimed movies (‘Gladiator’, ‘Blade Runner’, ‘The Martian’), and he has made critically divisive movies (‘The Counselor’, ‘Exodus: Gods and Kings’). What Ridley Scott wanted to do was to capture the feeling audiences felt when watching ‘Alien’ for the first time, from its opening titles which fade in one by one to the ‘Alien’ theme by Jerry Goldsmith, to its plot which critics have felt was similar, while also serving as a sequel to the divisive ‘Prometheus’, which was a semi-prequel to ‘Alien’ that worked as a visually stunning stand-alone movie, but sadly feels like a video game more than a horror movie worthy of the ‘Alien’ name.

END_OF_DOCUMENT_TOKEN_TO_BE_REPLACED

For the past couple of days, ‘Shut In’ starring Naomi Watts has been baffling me. I will never understand what this movie is about or what went wrong when writer Christina Hodson and director Farren Blackburn were trying to conjure up the perfect psychological horror-thriller. There are some good things about this movie that gives it that potential; (Lighting to set the mood during its “suspenseful” moments, sound design to tell us more about a certain character than exposition in a screenplay, and good performances.) its problem comes from the execution of its plot, which is also very hard to figure out.

END_OF_DOCUMENT_TOKEN_TO_BE_REPLACED

The tension is real in ‘Don’t Breathe’; the new horror-thriller created by the guys who were involved in the remake of ‘Evil Dead’. After watching this movie, I could say that this would be a high recommendation in the horror genre and gives those looking for some thrills hope for the future. Last year, it was ‘It Follows’ that defined horror with its use of 80’s-looking cinematography, score, and feel of a horror movie that is as effective as it was when it was released; now ‘Don’t Breathe’ takes the crown for what may be considered to be the best horror film in years. There’s no other way I can say this, but I would rank this movie as one of the best of the year, and one that will be burned in my retina for years to come.