Welcome to the Showcase!

Before we dive into this special Anniversary Edition of the Showcase for January 2019, let me once again say, “Thank you!” to all you awesome people who have helped out with the project since its conception. That includes hosts, people who submitted something, and of course, readers just like you!

I’ve already written a post detailing what the Showcase is which features a link to every edition from 2018 which you should really check out. There is so much amazing content and so many wonderful creators for you to discover. It’s fun to go back and read older works instead of just focusing on the contemporary pieces. Seriously, you won’t regret it!

A reminder, this time around I did something a little different in that we have a featured creator this month. They wrote something that really stood out to me. Of course, all of the submissions were wonderful and are certainly worth your time, I just thought this would be something fun to do as a change of pace. A competition element was attached to this edition as a little extra bonus for folks, so if you are the featured creator please contact me at:  jonspencerreviews@gmail.com to receive your prize!

Ok, enough formal stuff! I can barely contain myself, let’s jump straight into the Showcase! END_OF_DOCUMENT_TOKEN_TO_BE_REPLACED

This Would Work Better as a Video 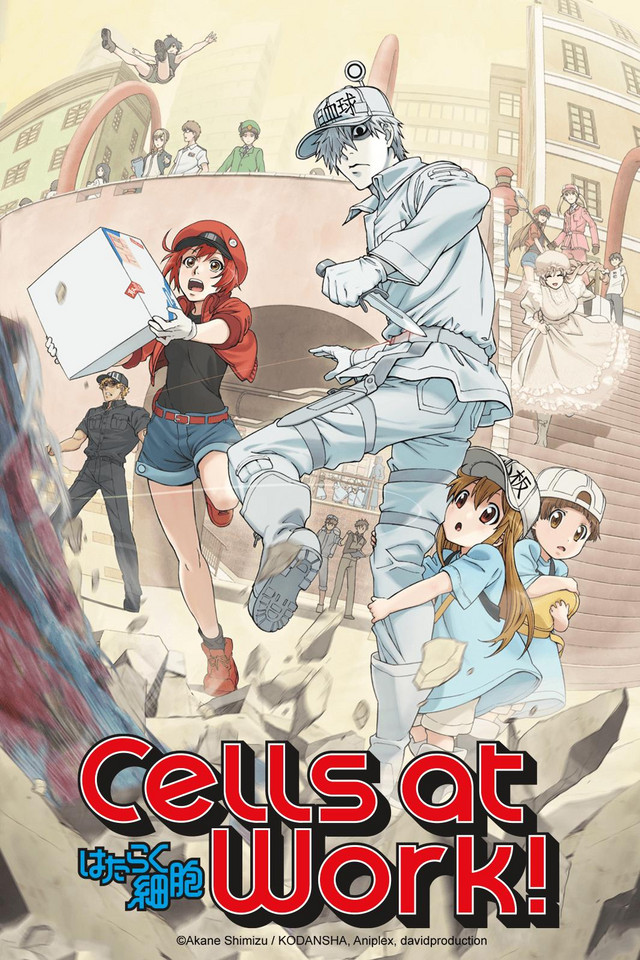 The Summer 2018 season didn’t grace us with many gifts this season but the ones it did bring were quite good. One of them was Cells at Work! which is a better version of the Osmosis Jones television series (and film; 2002 & 2001 respectively). The series is all about the cells that well, for lack of a better word, work within our bodies. You follow a Red Blood Cell as she bumbles her way about, constantly getting rescued by White Blood Cell, and learning about various aspects of the body along the way. However, there is one thing that truly makes this worth while, and if you don’t know what I’m talking about, you should; that’s right:  Platelets! END_OF_DOCUMENT_TOKEN_TO_BE_REPLACED

I was recently nominated by The Boardwalk Games for the Real Neat Blog Award. I really appreciate your support and this nomination! If you haven’t gone over to his blog yet, you should. He writes up several articles on board games and the board game hobby. They are always a good read so please give him a look. He also asked me some great questions, so let’s get to answering them!

1.What is your favorite book series?

This question is actually pretty difficult for me. Since I started university, I haven’t really had time to read for pleasure. Now I mostly only get around to Visual Novels if I’m lucky and they only half-count. That being said, I would probably have to say the Series of Unfortunate Events by Lemony Snicket. The series was interesting and weird. I got a lot of enjoyment from that series when I read it, so I feel it’s a solid choice. I bet you weren’t expecting it though!

2.If you could learn one new skill in life, what would it be and why?

Oh another tricky one! As cliché as it sounds, I would love to be good at an instrument. Unfortunately, I’ve always been pretty rubbish at them. I did have lessons when I was very young, but didn’t have the patience for it then. I do know, but not the time. If a chance came up and I could realistically do it, I would though. My instrument of choice would be violin, but I’d settle for piano in a worse-case scenario.

3.Have you ever considered writing a blog about something other than your usual topics? If so, what about?

This one is a bit easier. The short answer is no. I started this blog up so I could write about a variety of topics that fit my interests. Though I mostly stick to board games and anime here, I do branch out and discuss other topics from time-to-time. Eventually, I would like to get more contributors so even more topics can be covered here more frequently.

4.What is your favorite type of game, between board game/card game/video game?

Board games of course! I do enjoy card games as well, but board games easily take the cake here. I have a gigantic collection of them and they are something I can enjoy with others. Video games can be fun and achieve similar outcomes, but for me, face-to-face beats that out every time.

5.Who is your favorite superhero and why?

It’s a tie between Batman and Captain America. I grew up with Batman, so he’s an easy choice for me. I like that he’s just a guy and doesn’t have powers. As for Captain America, I like him for similar reasons. Though he technically has powers, he feels even more genuinely like a normal guy. Ultimately, they are both fun characters that I enjoy quite a bit.

Your questions were a bit tricky and I had to spend a few days thinking about them. Hope you enjoyed my answers to them. Normally, this is the part where I’d nominate some other blogs, but all the ones I know and enjoy have been nominated! Thanks again for the nomination, it is greatly appreciated!