I Pulled in a Favor

Lately I’ve been pretty busy so I asked my buddy K at the Movies if I could borrow his intern for today’s article. This is what they came up with, and I think you’ll have plenty to talk about after giving this one a read. Here are 15 anime that prove the 3 episode rule isn’t one fans should always follow. END_OF_DOCUMENT_TOKEN_TO_BE_REPLACED

Welcome to the Ninth #Anitwitwatches!

I’ve been planning a spooky Halloween flavored watch now that we are approaching October, so all of the options on the poll were themed around that. I’m not surprised that Another was the show that won out, given a lot of you haven’t seen it and, really, the show is pretty ideal for a group watch like this. For the shows that missed out, they’ll have their day eventually. Join us starting 9/28/20 for the discussion and fun!

Below you’ll find information on what the watch is as well as the schedule for the ninth season of #anitwitwatches. Thank you to everybody who has participated in the past and all of you who will be joining for the first time with this series!

This is a weekly community event meant to bring folks together to revisit old favorites and discover new shows. It’s meant to be something you can get as involved in as you want, there is no pressure to participate every week or every watch, but we’d love to have you to share in the experience and discuss the shows we are watching all the same!

I was inspired to do this after seeing the “rewatches” that people do over at Reddit in the r/anime sub. Since I interact with a lot of you guys on Twitter, I thought it would be the perfect place to do something similar! That said, even if you do not have a Twitter you can still join in by posting any content via WordPress, YouTube, or whatever suits your fancy. If you do, be sure to send me an email at jonspencerreviews@gmail.com so I can share your wonderful creations!

For everyone else, simply watch the episodes for the week based on the schedule below. Make sure to use the hashtag, #anitwitwatches when you do, and that’s it! Discuss with the other folks participating, create content, and generally just have a fun time!

This next show was chosen based on YOUR votes, so let’s get to the watch schedule.

No break this time, we are going to dive right into things since we just had a break and the last watch was a film, so there’s no real risk of burnout here. We will be keeping the Monday time slot for this watch after careful consideration and feedback.

If you have not done so, you can see where you can watch Another for free, and legally, by using because.moe. Unfortunately, I cannot realistically check all regions but I aimed to make this as accessible as possible. That said, I won’t stop you from doing what you need to in order to participate. The more the merrier!

Here are the dates (all Mondays) and the episodes for each:

That’ll make this watch 6 weeks long. I hope you’re excited to watch this one and I look forward to all the excellent discussion!

I hope everybody is doing well this fine October. The past couple of years I’ve done Halloween events, most notably last year with my October Review Fest where I did a whole month of themed content. Unfortunately this year I totally spaced the fact that October comes after September (I’ve been dealing with a lot of stuff, bare with me guys) so I was not at all prepared to do an awesome event at that scale again this year. Don’t distress though, that’s where Freaky Fridays come in! Every Friday this month I’ll have a themed article for the Halloween season. Today, 10 anime to get you into the Halloween spirit! END_OF_DOCUMENT_TOKEN_TO_BE_REPLACED 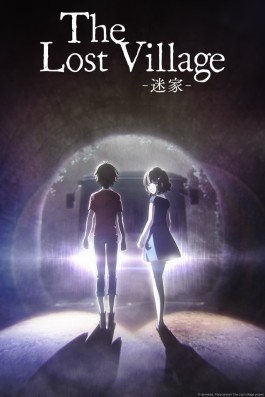 How do I put this? Mayoigia, or The Lost Village in English, was a stupid show. It was a stupid show that I couldn’t stop watching. This series was strangely fun for my friends and I. Even on the rewatch, it was still a great time. I’ll be the first to admit that the writing wasn’t that great and there was a lot of dumb, everything, but The Lost Village managed to make me smile and laugh for a good chunk of its run.

There are a few reasons this show caught my attention, the first being the mystery aspect of the show. As my readers should know, I’m a huge fan of the mystery genre so it should come to no surprise that I wanted to check this out. While the mystery definitely loses its magic towards the end of the series, the initial episodes did an excellent job at capturing my interest in the series.

Although it is semi-concealed in the beginning, the show is most obviously NOT a horror anime. The direction, presentation, and dialog all suggest that this is a show that presents everything as seriously as possible despite the things on screen being more than a little ridiculous.

Despite this, the mystery still manages to stay intact up until the end where everything is given up rather quickly. The Lost Village also loses its proverbial mind and just becomes a hilarious mess. There is a lot of charm in it that fans of Another will definitely appreciate, even if this show isn’t as obvious (or good) as that one.

Another big aspect in the show’s favor was the 1980’s ‘Paranoia’ RPG vibe this show gave off. They are constantly at each other’s throats over the dumbest things. One character is constantly yelling “we should execute them!” which is never suspicious. However, if somebody so much as sneezes that’s grounds for massive suspicion.

The characters are all nuts. Easy example is the, “execute” lady. I loved that all of them had very goofy handles that they all went by, even when they all meet up IRL. They all want to abandon their old life for some reason or another, but most of the reasons are so dumb.

When you finally start seeing some monsters, it only adds to this fact. The designs for the monsters were genuinely creepy, especially since a lot of the other designs are pretty pedestrian and uninteresting. Nothing scary mind you but this managed to impress me somewhat, even if not every monster was all that great.

Overall, The Lost Village didn’t take itself too seriously and was fairly funny. I know a lot of people didn’t like this one but I would recommend people check it out if they haven’t already. At worst it’ll make for some decent laughs. For me, it was a pretty good time.

Enjoy my look at The Lost Village? Let me know your thoughts on the both my article and the show itself in the comments below. If you would like to support the creation of content here at Jon Spencer Reviews please head on over to my Ko-fi page and buy me a coffee or two. The money will be used to upgrade the site and let me do more stuff around here. Hope to see you back again soon, and as always, thanks for reading!

Here we are at the conclusion of Obsucre Week and our October Review Fest. Today I’ll be looking at an interesting title:  Le Portait de Petite Cossette. This anime is a three episode OVA series that came out of studio Daume back in 2004. Haven’t heard of them? Think again, this is the studio behind some fan favorites like Yuru Yuri, and another great Halloween title, Shiki. Is this title a hidden gem, or something that was best left buried in the past? Let’s find out. END_OF_DOCUMENT_TOKEN_TO_BE_REPLACED

It’s That Time of Year Again!

Unfortunately, there has just been too much going on in my life for me to do a full fledged Halloween Week like I did last year, but I didn’t want to do nothing this year. In this article I’ll tackle some cool Halloween suggestions as well as to call back to posts of yesteryear’s Halloween.

Just click on the titles of the reviews below to see what I was talking about last year.

Things I think people should especially check out or do from this list for Halloween this year are Betrayal At House On The Hill, Over The Garden Wall, and (obligatorily) The Nightmare Before Christmas. Each item from last year’s review slate is a good one for Halloween either way though.

Here’s a short list of three things I recommend for your Halloween along with a brief reason as to why for each. These are in no particular order. 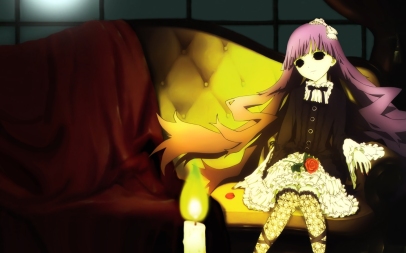 Shiki is by far one of the best horror anime I’ve ever watched. At first glance, the show seems pretty terrible but given the chance, Shiki is more than capable of proving just how great of a show it actually is. Shiki is a more traditional vampire story taking place in a modern setting. When the horror sets in, and mind you it does take its time getting there, you’ll be on the edge of your seat. Of particular note, I found it interesting that the show explored some deeper sociological and philosophical topics, which may be of some interest to others.

You can watch this one for on Hulu subbed.

This show just oozes Halloween. I’ll leave some pictures and the OP below, should speak for itself. Not as spooky as Shiki but a fun watch if you haven’t seen it before. You can watch this one on Hulu too (dub and sub). 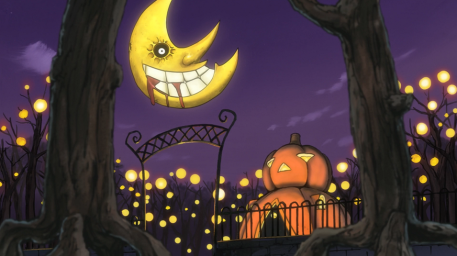 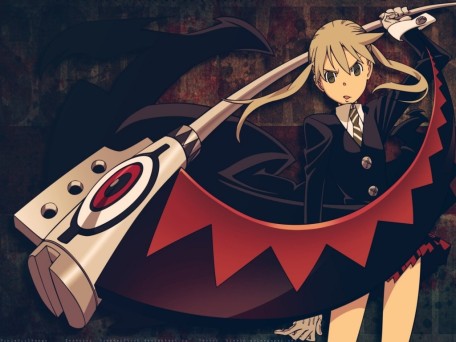 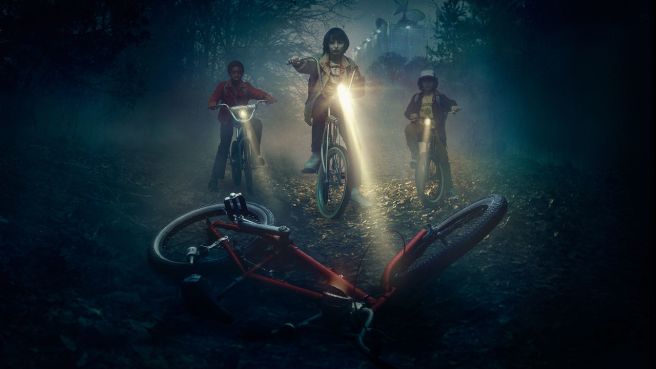 In case you’ve been living under a rock and don’t know, Stranger Things is fantastic. If you haven’t seen it already, go watch it on Netflix. Need some convincing? Jacob did a review of this one, so click on this link and check it out.

This is anime review 7 & is part of Halloween Week

Some anime can be scary, but most anime that try to go the horror route are pretty bad and not worth your time or money. That being said, every once and awhile a show comes around and manages to get things right. Another tries to be one of these horror gems, offering mystery, gore, and suspense. Let’s take a look at whether or not this anime delivers or falls a bit flat. END_OF_DOCUMENT_TOKEN_TO_BE_REPLACED