I have a rule about not downloading or playing any mobile games. One of the biggest reasons is I don’t need to be “plugged in” to something 24/7, and another being that when I get into something, I really get into it. However, a buddy of mine told me about a free to play RPG that fuses several things I enjoy. You’ve got a real-time RPG that uses pinball as its battle system, couple that with the waifu gacha, and personally, that’s a recipe for success. World Flipper just enjoyed their global release after being an exclusive in Japan since 2019, so for the sake of review I bit the bullet, dove in (rather hard actually), and am ready to review the game to the best of my ability.

As mentioned, this isn’t a new game, at least for the Japanese. However, for the rest of us, we are just now getting to enjoy World Flipper. The game is pretty far behind its contemporary counterpart, but that’s OK as there is still a fair bit on offer here. Additionally, this helps ease players into a game that, on the surface isn’t too complex, but has several intricate systems that can certainly feel overwhelming. Note that I HATE mobile gacha games, so the fact I didn’t uninstall this right away is pretty much an endorsement as is, but if you want a finer review, keep on.

World Flipper has a pretty simple premise. Take your typical JRPG adventuring party, but make the combat real time and place it on a pinball board. It’s a really good match! Playing the game is pretty simple. You have 3 primary units and 3 support units. Each one features its own abilities that can combo together for impressive results. At the start, they very slowly ease you into all of this so it is very easy to understand. Even if you don’t, the game’s auto team assembly will have you covered with only minimal input (some units are so obviously terrible that you will know immediately, like the slime that makes all the units go to the right and nothing else). Eventually you can add weapons and unlock additional “abilities” (usually it’s just increased stats or reduced cooldowns) for each unit.

There are six different elemental types of units, each having their own advantages and disadvantages just like you would expect. On top of that, each elemental type has their own playstyle which allows for further variety in the gameplay. I’m not going to go further into the typing as it’s very self-explanatory in game. Instead, I would like to focus on gameplay activities. Play is split into 4 main categories:

There’s plenty of content here to last a casual player for some time. The game is constantly adding new stuff too. Since launch, World Flipper has already had 2 events beyond log in bonuses. One of which is a new style of dungeon which has been fairly fun for someone like me in the late game stages. For more hardcore players, and the game makes this easy to do as a totally free player, you can blast through the content provided you don’t care about S+ ranking on every stage (since you can always replay them). My estimate is that all of this allows for an hour or so of very casual play a day with room to play more if you really want to.

As you play World Flipper there are a few vehicles of progression. The most obvious one is character leveling which has three parts:

Everyone should be familiar with the idea of gaining levels in this style of game. You just need to play the game with any given unit, and that’ll sort itself out. You may also manually level a unit by spending “mana”, but I honestly wouldn’t recommend this as a primary method. At most, this should be used to give a minor bump to a newly gained unit so it doesn’t just die immediately when you slot it into a team.

Level caps aren’t really an issue for 3 star units or lower, but present an actual decision to the player for 4+ units. Getting duplicates is random, additionally, the items used to level a unit of your choice are rare, so you will need to consider somewhat carefully in this regard. However, it shouldn’t be difficult to maintain several lvl 80 team with any units of your choosing at the minimum. Each unit can go up to lvl 100 from what I’ve seen after a few caps. 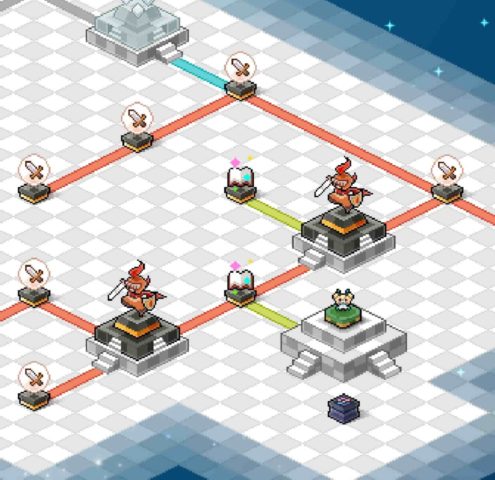 Mana boards are the main way to give your units a big boost. You will absolutely NEED to focus on these as you play the game, but worry not, they are actually fairly easy to do. The only annoying aspect of them is that it gets kind of grindy if you want to level a lot of the same elemental type (which you will). On the mana boards, you’ll find various nodes and statues that grant incremental bonuses along with new abilities for the unit. Alongside all that, you’ll find character stories along the way. Finally, you can give each unit a weapon on the mana board for when that unit is your party’s leader, giving yet another bonus.

All of that probably sounds complex, but the game does an excellent job of making sure you know how most of it works. The one area the game falls flat at is with the weapon stuff on the actual mana board. Equipping a weapon for normal play is easy and obvious, but understanding what weapon to put on a mana board, and why is something I’m still not entirely sure on. In fact, most guides I’ve looked at don’t even mention it. So I’m not even sure if you need to do this.

Beyond character progression, the rest is just playing the game. Stuff like daily quests, the dungeons, and boss fights. Everything has clearly labeled tiers of content with suggested party levels and typing, making it easy to ensure you are facing something you can handle each time. Along the way you’ll gain these beads which can be used to summon more units, which you’ll want to do. There is a weapon banner outside of character banners, but I don’t recommend that.

I could mention a few more things here, but they aren’t things you’ll always interact with daily so you can explore anything I left out here if you decide to play the game for yourself. Seriously, there are a lot of ways to get more stuff if that’s your jam, even I haven’t unlocked everything!

My time with World Flipper has been fairly enjoyable. I am actually kind of surprised to already be reviewing it, since I told myself I wouldn’t until I finished the main story. Well, it took about 20 hours, but I’ve done that and then some! It’s true I don’t have everything beaten 100%, but I’ve experienced a vast majority of the content and unlocked a decent chunk of the characters. I was able to breeze through the game (with a few exceptions) without spending a cent on the game, utilizing the game’s freely given resources and daily quests. Full disclosure, I did hop on with pre-registration so I got a solid bump in resources which newer players may not get, but even without those, I don’t see progression as a free to play player as an issue.

I would also like to estimate my current playtime at around 25 hours at the time of writing. The game has been out about two weeks now, so that should give you an idea of how long it might take you to go through all of the currently available content as of 9/21/21. Most days I would spend about an hour in game, with a few notable exceptions where I apparently went for like 4 hours off-and-on throughout the day according to my app history. 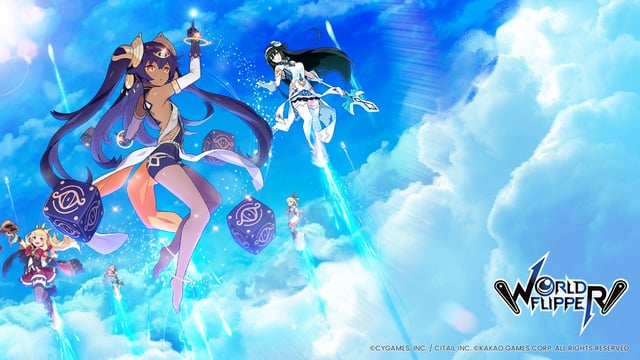 Finally, my collection is missing a handful of 3 and 4 star units. None of those are vital, though I am missing a 3 star unit that the community says is a “6 star character”, Sha Suzu, but I’ve gotten by just fine without her. As for 5’s, I’m easily missing quite a few of these as I’ve gotten duplicates of my (admitably top-tier) units. Most of the 5’s in the game aren’t great, so don’t feel like you need them to progress. That said, some 5’s are hard carries like Celtie, so you’ll want to search up a guide or two to help you with unit power and team structure should you want more depth than the auto team builder can provide. I can’t say for certain, but I believe I’ve made about 50-60 pulls based on my limited history.

Speaking of, the auto team builder is solid. I used it for all of the story and most of the content outside of that with zero issue. I also didn’t stick to a mono element team like the game recommends just to see if I could. You can, it’ll be harder in some fights, but my double wind, double water, single fire, and single light unit absolutely mulched most levels in under a minute with only a few notable exceptions, mostly mini bosses I already found challenging mechanically (the few cases I didn’t S+ some extra levels).

All that said, the content well has started to run dry. If it weren’t for the timely events that just started rolling out, and my own personal drive to 100% the existing content, I doubt I would log in for more than the daily content outside of this review. Still, the game is quite solid and one I enjoy. I will keep it on my phone, breaking my no game app rule, at least for awhile longer. New content will kind of decide if this one lives or dies for me.

Should YOU Try World Flipper?

That’s the million dollar question for World Flipper, is this game something you ought to try? I’d say it’s worth looking into if any of this sounded good to you at all. You can very easily enjoy the game at a casual pace without spending a cent. The game doesn’t feel predatory or unfair either, generally valuing your time by ensuring you can play it near constantly if you really wanted to. Should make for a nice time-killer between things, I mostly used it while waiting for Destiny 2 lobby queues or during anime OP’s I don’t enjoy. I’m comfortable recommending it.

Let me know if you decide to give World Flipper a shot. You can even send me a friend invite by looking up my ID:  569927944863. I’m weirdly popular on there, I have a lot of followers, so I must be doing something right. If you enjoyed the review let me know with a like and consider a donation via the buttons below. Thanks for reading, and see you next time!