Kanon is a Weird Show

A long time ago I had planned to review and discuss each of the “big three” Key anime. Those being Air, Kanon (2006), and Clannad + After Story. Each a brain child of Jun Maeda, who would go on to make additional works that could easily be added to this initial list. However, I never got around to that article partially because I wasn’t sure how to convey just how radically different, while still being very much the same, each show was. Today I plan to retackle that very same article and explain the significance behind Kanon (2006).

Following only a short year after Key’s first big work, Air, the first iteration of Kanon would be born Winter 2002. Coming in at just over half of the 2006 version’s 24 episodes, it was a truncated and sloppy production being the only Key anime of these initial three to not be produced by famed Kyoto Animation.

Just to give you an idea of how wonky things looked, I’ve included a few images from the original attempt. It’s not hard to see that, from a visual perspective, the show had plenty of issues. However, the other problems were not unique to this title as some of the issues from the Air adaptation followed this title as well. 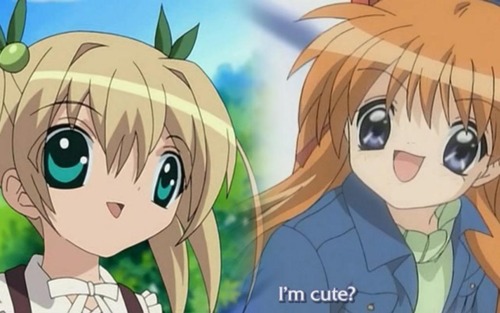 Key anime adaptations are originally sourced from visual novels, and as such typically contain a lot more content than is realistic for a TV anime. Further more, they tend to be adult games where you choose a love interest, and aside from School Days, most anime of this nature don’t go the full blown harem route. It makes for a delicate balance of cutting enough content while still giving each girl their day in the sun.

Air had suffered from watering down its content to a point where the show becomes radically different for it’s final few episodes. While it does somewhat tie together, it makes for a disjointed product where it doesn’t feel like there was enough time for everything to be fully developed. If you ask me, it’s the weakest of these adaptations as a result, baring of course, this initial attempt at Kanon which has largely been forgotten by the anime community.

Having this severely shorted episode count for a more nuanced story hurts Kanon in similar ways but is compounded by the narrative experimentation that went on with its story. While the show still has distinct “arcs” for each of its cast members, it does something a little more unique by having each of the girls’ stories occur more-or-less at the same time.

This leads to the world feeling lived in and more realistic, but comes at the sacrifice of the narrative feeling busy, and sometimes, even lacking focus. It seems lessons weren’t fully learned from Air when planning for this adaptation. However, it’s not like this version is without merit as it still managed to explore this type of story in more interesting ways. That said, I can’t in good faith recommend it.

Following the comparatively poor reception of Kanon, very little would be seen on the anime front from Key Studios and Jun Maeda. That was, of course, until Kanon 2006 was released.

A second attempt was given to the series four years later and this time the anime saw better results. Upping the episode count from 13 to 24, pacing out certain narrative beats, and getting Kyoto Animation back on board went a long way to vastly improving the quality of the product. 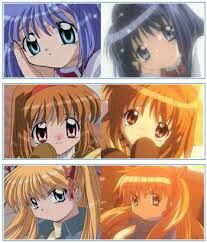 The above is a reminder of how it looked, and how it changed… 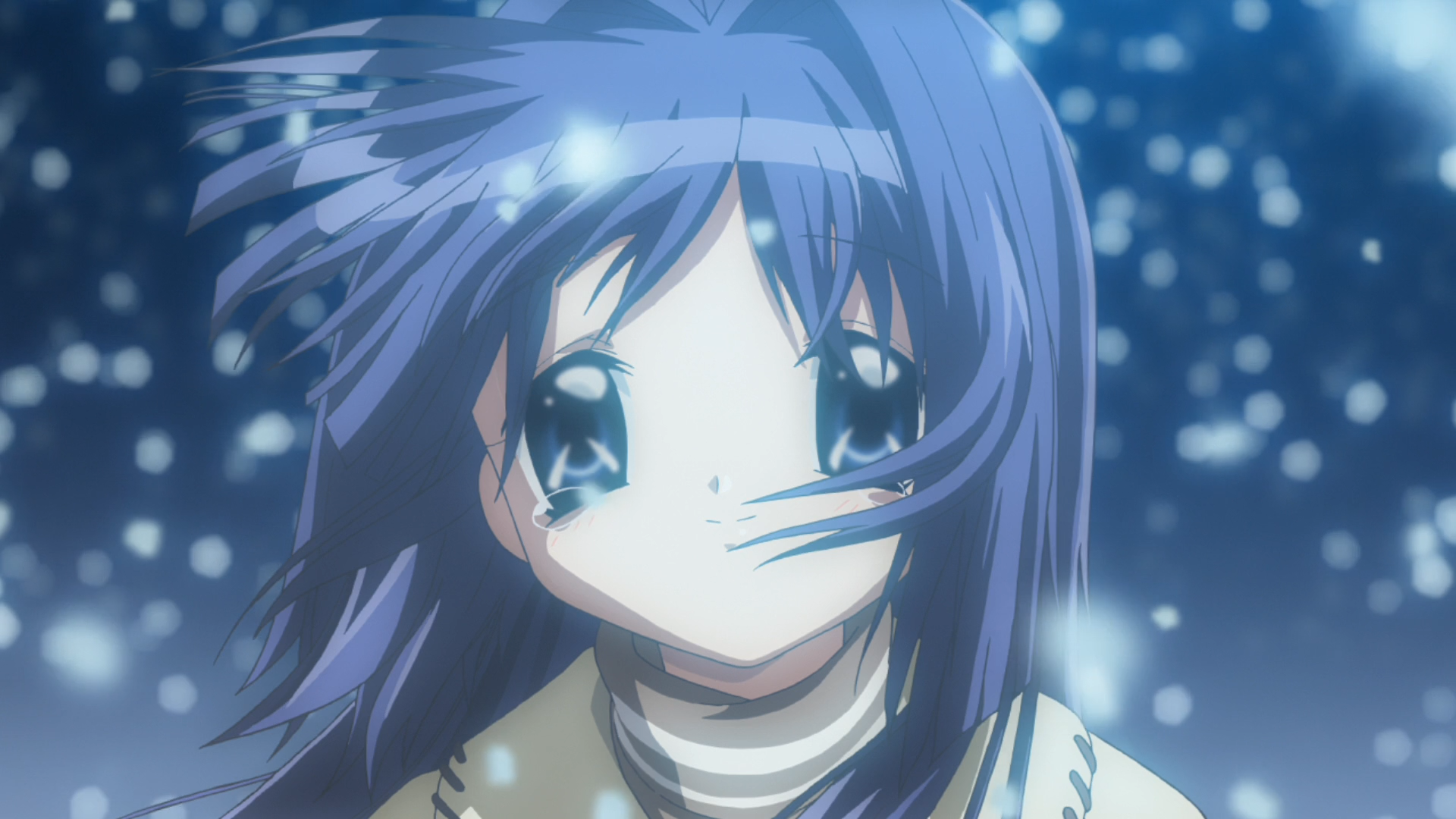 Again, here are some images from the 2006 version just for comparison. While many things in this production did improve, it still wasn’t an amazing anime series. It’s true that you’ll find fans who argue that Kanon (2006) delivered a better show than what would follow, it’s not difficult to see why the show saw its fair share of criticism.

Kanon as a Transitional Work AKA Diet Clannad

It might sound harsh to say, but Kanon (2006) feels very much like a trial run for the 2007 series, Clannad but I assure you that I mean this as a compliment. Jun Maeda has always had narrative comfort zones, patterns he likes to utilize in his writing that can be easily seen across his works. However, Kanon (2006) is the only time I feel he’s ever really tried to do something different, even if he still relied on many of his same techniques.

The glacial pacing of this anime is among one of the biggest examples but not for lack of reason. Thematically Kanon (2006) is about the passage of time placing heavy emphasis on both Spring and Winter as its frame of reference. Winter is a dreamlike twilight, where time almost stands still. Conversely, Spring represents moving forward, the birth of a new era that leaves behind what Winter brought with it.

Perhaps this sounds fairly abstract but it’s a theme that is conveyed quite strongly throughout the anime and the reason for the slow pacing. A bulk of Kanon (2006) is set in the Winter hours hoping back and forth between the present time and our lead’s past where he visited the town this all takes place in seven years ago.

Unfortunately, the pacing cripples the show in a fairly significant way. I wouldn’t call the initial episodes boring, but the plot doesn’t truly get going for about six episodes, which is frankly too many. As for the content of these opening episodes themselves, you can basically sum them up as follows:

Once the first arc, Makoto’s story, gets started it’s true that you have a decent grasp on all the characters. It is also true that, again, the world feels alive because of how everything is integrated, but the drawback in this is that caring about the characters and knowing what the focus of the story is lacks clarity during this time.

Now speaking to Makoto’s arc, I find her story to be a big issue for Kanon (2006) because of what it represents. It happens really fast, acting as a parallel for real life degenerative diseases (a Jun Meada specialty) that emotionally connects quite well, but as a story falls extremely flat. It doesn’t help that afterwards Makoto basically doesn’t matter, which is kind of a running theme for the other girls Yuichi interacts with.

Comparing this to Clannad, because it’s honestly impossible not to, a lot of the beats and ideas for individual arcs are nearly identical. The difference is that the pacing was tightened up, stories were ordered more logically, and climaxes were able to land more strongly as a result.

Without spoiling, each girl in Kanon (2006) can be compared to a girl in Clannad, but you’ll see how this is kind of messy just by how I lay it out:

Just by looking at that, you can see the plots are pulling double duty as well as double dipping for a majority of the cast. That’s the big problem there. If you haven’t ever seen Clannad, then this is probably a meaningless comparison, but I mention it because it really does show Jun Maeda’s growth from this series to the next.

Giving credit where credit is due, I should note that Kanon (2006) does still feel like its own entity in spite of this. While the Clannad comparisons are unavoidable, the anime manages to still stand on its own merits. Mai and Sayuri have a strong arc and Ayu’s story is a clever subversion of what Kanon (2006) sets up throughout the entire run. It’s just a shame that the experience is so imbalanced.

The result is a show that feels uneven. As one of the watchers in our group watch of this pointed out, there are times where the show feels like a 2/10 and others where it can be a 10/10. From a production standpoint, the entire series is above average, and occasionally even somewhat inventive in how it presents things, but the flaws in the series simply hold it back to a point where it’s difficult to recommend.

Why You SHOULD Watch Kanon Anyway

As a result, the show is clearly not for everyone. However, if you care about anime’s history and want to experience a defining work for the “sad girls” visual novel-style stories, then you owe it to yourself to see this one. If you are a fan of Jun Maeda’s work, you’ll find value in how he experimented and grew. Finally, there’s just general value in watching something so clearly ambitious that falls flat in many places. It helps you to know what works and what doesn’t, not only for yourself, but in other anime as well. This is particularly valuable for reviewers like myself, but still can be just as meaningful for more casual viewers.

Despite how I’ve likely come across in this review, I do think Kanon (2006) deserves a more positive take than not. Ultimately I gave the show an 8/10, or a B rating, even after rewatching it all these years later. It’s true that the experience is horribly uneven, but there’s something there that is just impossible to ignore, and if you’ve seen the show you likely feel similarly. So while I don’t give this a strong recommendation, I do still think it’s worth your time but ultimately it’s up for you to decide.

What are your thoughts on Kanon (2006)? Do you think it feels like a worse version of Clannad or is it better? Let me know in the comments below. Thank you for taking the time, if you like this article please consider becoming a patron or making a one-time donation via the buttons below. Until next time!