Certainly Worth the Watch!

Picking up right where Tower of Druaga: The Aegis of Uruk left off, the second season of the anime opens with one powerful episode. That said though, before I get into any of that, and why you should definitely watch this, be aware that there will be spoilers for season 1 in here. If all you were looking for was assurance that the whole series is worth your time, I can confidently say it is. Now, on to the review proper.

Tower of Druaga: The Sword of Uruk picks up right at the end of the first half. Jil and friends have defeated Druaga, suffered loss, and ultimately been betrayed by both Neeba and Kaaya. To make matters worse, all involved here are brought to a cruel reality when they return home. King Gilgamesh is becoming increasingly tyrannical, erasing the deeds of our heroes and renaming the tower after himself.

What makes this opening so good is just how mature it is. When I say this, I don’t mean that it is excessively violent or dark, but rather, how true to life it all is. Jil becomes depressed, guilt ridden over the death of a comrade and the betrayal of two people he cares about.

You also have Fatina, who has upgraded to a main cast member here. She was promised fortune and Neeba’s heart, only to end up doing a degrading job. Nobody believes her when she speaks of defeating Druaga, and generally, is living a pretty awful life. All she has left is Jil at this point.

When the two them start to get closer, it means that much more. Sure, they are using each other, and it probably isn’t healthy, but wallowing in the past isn’t either. This isn’t the only thing going on in the episode though.

Additionally, you’ll get to see where everyone else is now. The humor is still present too. However, the past just can’t seem to leave Jil and company alone. A little girl named Kai shows up and asks Jil to take her to the top of the tower, to The Tower of Fantasy. So a new journey begins, to learn the truth, once and for all.

I can’t do this justice with just my words, but I would recommend this entire season just for this singular episode. That’s how strongly I feel about it. That said, the rest of the season is excellent. While it doesn’t quite get a perfect score in my book, It does wrap everything up rather nicely.

You may recall that S1 had a lot of unanswered mysteries. All of them will be answered and expanded on in The Sword of Uruk. While some of this is a bit clumsy in its execution, the pacing is still there. It’s easy to get wrapped up in what’s going on.

Still, I want you to discover most of this for yourself, so I’ll leave all but this last bit at that. There’s still 1 episode I want to talk about while giving praise once more to the show for how it handles death.

During the climb of The Tower of Fantasy, the gang enters a floor that resembles an idyllic countryside with a mansion at its heart. Therein they can see any person who has died that they have longed to see. It’s really good stuff. It’s not an evil trap, the “dead” even tell everybody how to leave, and encourage them to do so.

Our hearts our fragile though, and all but Jil isn’t sure that they should really leave this place. It’s really good stuff. What’s more, is the show uses this as a way to give some of the cast a little more depth, while also furthering the plot. When I say this, I don’t mean the main players like Jil, Fatina, and Utu. I’m talking the side characters, some of which get introduced this season. 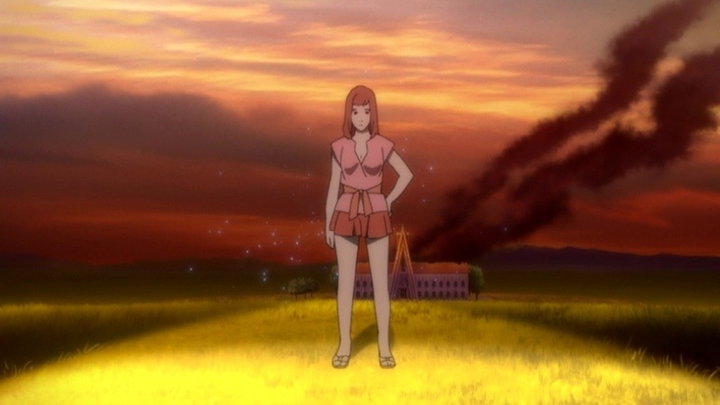 In the previous review, I mentioned that I don’t like when a show undoes a character’s death. By only allowing the character to temporarily exist again, and in such a fantastical way is much more aligned with a fantasy setting anyway. I also liked that this subverts a common trope of having the memories of the dead be this evil trap. Instead, it is the character’s hearts that form the trap. Maybe I’m not explaining it well, but the show really nails it here.

Finally, I wanted to mention the OP. Much like the show, this picks up where the last OP left off. Mirroring its start, only to diverge into its own thing. While a lot of folks claim these slice of life style openings don’t have anything to do with the show, I encourage you to look more closely. You will find that they strongly mirror what the season is about, character relationships, and more. I’m not quite as big a fan of “Questions?” but I appreciate the unique approach.

My favorite part of the OP is when Jil slides home and his hair springs up onto the plate with Melt calling him safe. It’s really goofy.

Otherwise, that’s really all I have to say. This anime could have used a few minor tweaks toward the end, but I can’t complain much. Tower of Druaga easily exceeded my expectations as a series and I’m very glad to have come across it. I hope you’ll choose to give it a shot as well!

That’s a wrap on this series folks. Did you find Tower of Druaga to deliver a satisfying experience or did it leave you wanting? I’d love to hear your thoughts. If you want to support my work, please consider a small donation by hitting either of the donation buttons below. Thank you for reading and I’ll look forward to seeing you again soon!

4 thoughts on “Tower of Druaga: The Sword of Uruk – A Strong Finish”