So Many Themes, So Few Thoughts 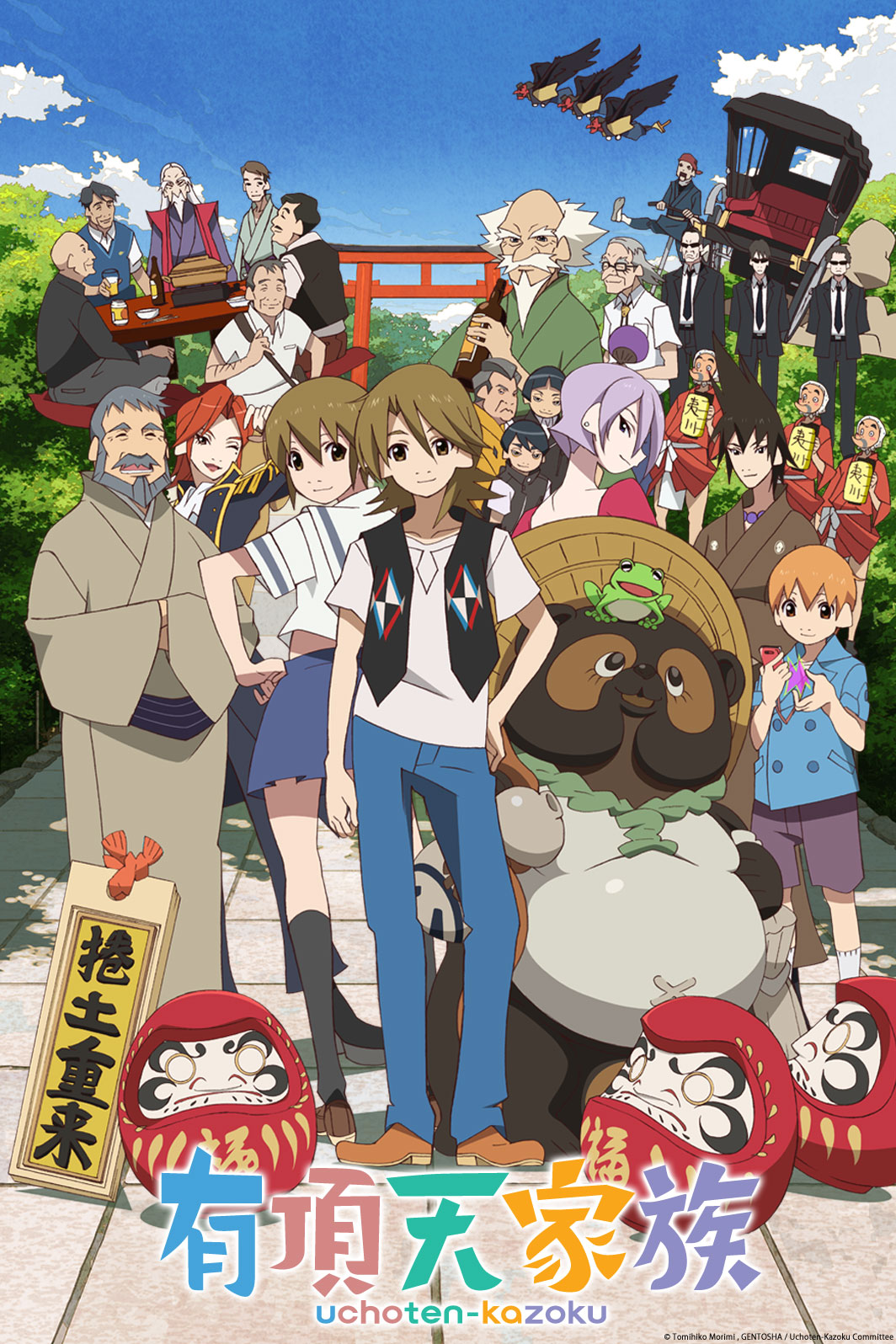 Uchouten Kazoku, or The Eccentric Family, is an anime that has been sitting on my shelf (and watch list) for a few years now. A lot of people in the blogging community have sung its praises and recommended it a great number of time to me, and it did look good. Centered on a disjointed family comprised of some tanuki, a tengu, and a human there is a story about unbreakable bonds, hardship, and interpersonal drama. There are so many themes and ideas present within the anime, but while I enjoyed the show, I don’t have much to actually say about it. Don’t go just yet though, because contrary to what I just said, I do actually have quite a bit to say.

It’s an interesting paradox, how a show can be filled with so many topics of discussion yet leave me completely silent when it comes to exploring them. The Eccentric Family was a good show that was certainly unique, I really have not seen anything like this show. Still, beyond some surface thoughts, I just can’t find myself committed to any real points of discussion specific to the anime. Instead, I would much rather focus on how an anime can have all of these wonderful qualities, but just leave us in contemplation, which is not a bad thing.

When it comes to writing on the internet, be it a job or hobby, there is this sense that you always need to say something about whatever you consume. In my case, I discuss anime and other pop culture items. However, there are times where I’ve wanted to just enjoy something for myself, think on it lavishly, and then keep it promptly to myself. A contradiction, surely.

On the same token, sometimes I recognize the potential, like with this series, for a great breadth of discussion. However, these topics have already been explored, and better than I could realistically do, by my peers. And so, the conundrum lies. 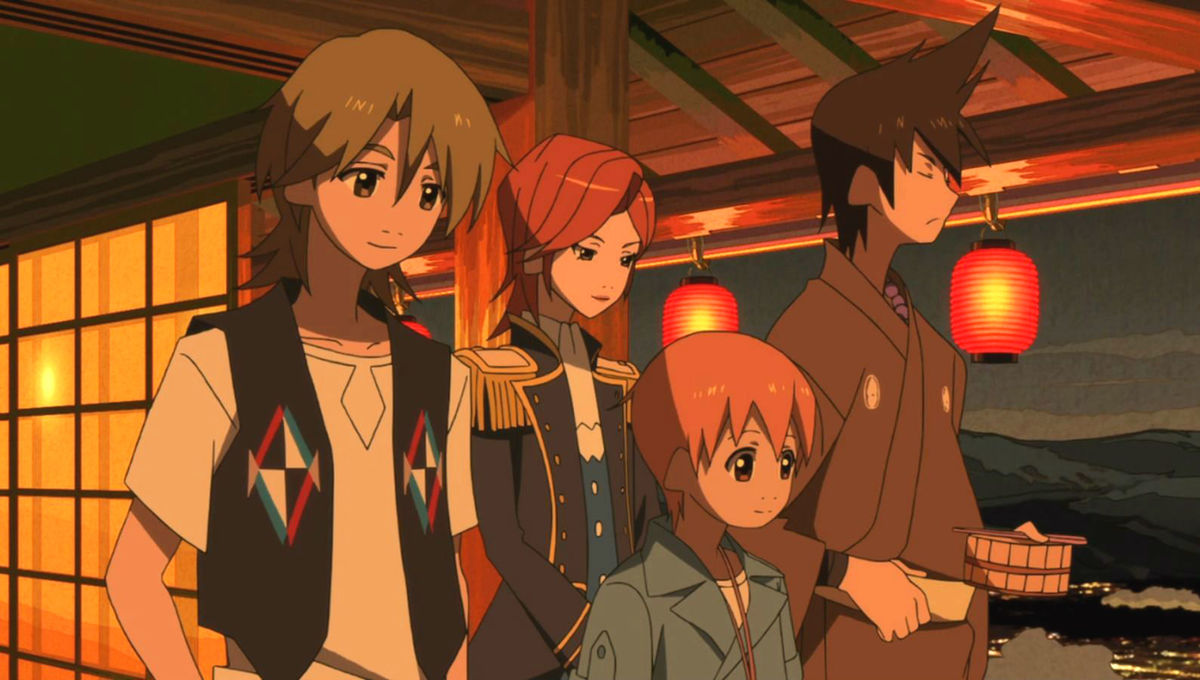 With The Eccentric Family it wouldn’t be much of a challenge to discuss any of the following topics:

The list could go on, but I genuinely have no real desire to do so. It isn’t that these topics disinterest me or that I don’t feel the need to explore them, rather, my experience with the anime was pleasant and that was enough. I’d like to watch the second season, but beyond that, my thoughts are something I’d rather keep to myself.

You might think that I’m being selfish with this statement, but I’m not. It’s easy to get caught up in content creation and feel like you need to share every aspect of your self, what you feel, etc… but you don’t. I know that this “review” for the series isn’t what people were expecting, yet, I felt compelled to write about this instead.

Anime ABC’s has always been about exploring anime from a lot of different angles, with each article taking a different approach. As we near the end of the series, it was only inevitable that we’d hit an anime that I simply didn’t have much to remark on, despite there being so much opportunity for exploration.

That’s something I love about anime as a medium though. This depth, the ability to dive deeply into any given show and pull up all this personal, societal, or contextual detail is really incredible. Yet, it almost always remains intrinsically accessible. Such is the case for The Eccentric Family.

While the cultural aspects of the series may present themselves as a barrier to entry, the greater ideas are something that I think anybody can relate to. So much so, that if you were so inclined as to explore them deeply, the series would have a lot to offer. Yet, simply watching it for the sake of enjoyment is just as valid. It will entertain if that’s all you are looking for.

This still is a review for an anime, right? I should probably talk a little about the show else incur the wrath of those of you who have been waiting on the edge of your seats for this long-overdue piece. If there were one aspect that struck me particular it would be the sheer uniqueness on offer here.

Subject matter, visual styling, it really was something unlike anything else. While it holds a lot in common with other anime when it comes to structure, narrative, etc… I continue to be impressed with how anime can still manage to do something completely new to me with these foundations. I’ve watched a TON of anime, so this isn’t some small feat.

Naturally, this isn’t to say that live-action works or Western media fails to invite this same kind of feeling, but I find that it does so far less frequently. They both build upon fundamentals that have been decades in the making, but anime seems to force itself to innovate and adapt with far more frequency.

Perhaps this is due to the conditions workers face in Japan? Or maybe it is due to the cut-throat capitalistic system that dictates whether a given property lives or dies? Speculation aside, whether this comes from a good place or not, it is a side of anime I have come to respect and appreciate.

You likely want a specific example for something unique, rather than my vague mussing, so let’s look at the character designs of Kouji Kumeta. Outside of this series, his only other notable works are Sayonara Zetsubou Sensei, Joshiraku, and a short OVA comedy series. By no means a small amount of work, Zetsubou Sensei having several iterations itself, but someone you likely wouldn’t encounter outside of more obscure circles.

These creators, who often feel hidden away, are but one small facet of what can make anime feel special in ways that alternatives simply cannot capture. Following this man’s career down the rabbit hole, while difficult in a sense (some of his shows don’t have legal distribution here), if I were to pursue it I am extremely confident I would see yet more unique and unusual things.

In fact, in this specific case, I know this to be true as I am familiar with Zetsubou Sensei. However, I now am more curious about Joshiraku, a show about girls doing Rakugo, that I may have otherwise shrugged off despite my interest in that topic thanks to Shouwa Genroku Rakugo Shinjuu. Additionally, I am no going to keep an eye out for his unreleased 2020 work as well.

With confidence I can say that this has been a review that none of you likely expected, nor one many of you actually wanted from me. However, it was the review I felt that I needed to write, or rather, a discussion that seemed necessary. A reminder as to why anime is something I’m so deeply passionate about and why I choose to discuss it at all in the first place. Sometimes a show can provide a lot, but it isn’t something you always need to share. It can often be just as good to recommend a series and leave it at that.

Well if you’ve made it to the end, thank you for reading. I appreciate it! If you would like to support my strange brain, you can do so via the donation buttons below. I do plan to watch the second season of this series where I may actually have more cohesive thoughts on the series itself, but we’ll see. As always, I look forward to seeing you next time!

7 thoughts on “Anime ABC’s U is for Uchouten Kazoku”