Oh, What Could Have Been…

You may recall earlier this week that I reviewed the fan favorite series, Demon Slayer rather poorly despite its great visuals and other production values. What it came down to was unlikable characters and some pretty poor writing at key moments. However, Cop Craft is almost the exact opposite of that. Lacking in terms of production but the cast was good fun with a story that managed to wrap itself up rather nicely in spite of itself.

Cop Craft finds itself with a fairly interesting pedigree which only makes the rather poor efforts from the production staff at Millepensee sting all the more. For those curious, Millepensee are the folks who brought you Berserk (2016), so they don’t seem to have a very good track record. I digress, the reason this is such a disappointment is for two reasons:

This pair should make a pretty simple recipe for success, but unfortunately the shortcomings of the production here really hold Cop Craft back. The presentation of the story, while hitting the major beats, falls flats due to sloppy (or non-existent) action animation and direction. What’s more, the excellent illustrations from the novels aren’t done justice. Tilarna still looks pretty decent, but it is not even close to what the original offers.

Ignoring these things, you still have other issues. The pacing is a bit of a mess, feeling simultaneously rushed and slow at the same time. Just look at the two-part cat episodes for an example, the way its presented is a hilarious disaster. Disjointed is how I’d describe the presentation. It’s not like these individual stories fail individually, it’s all about how they are arranged in this case.

Still I couldn’t help but enjoy my time spent with this anime. Cop Craft doesn’t quite capture the cop procedural as well as other shows have in the past, but it is a genre I quite enjoy. Adding a layer of fantasy to the mix helps keep things fresh while keeping things mostly grounded.

It’s a far from perfect experience, but nowhere near the level of terrible that some were claiming online. Some talks about how cop shows done in the “older” style aren’t what viewers want, presumably because they are somehow offensive. However, the Fall 2019 lineup would disagree as it is almost overflowing with choice when it comes to cop dramas, or something akin to it.

Now this is not meant to bring any disrespect to the folks at Millepensee, but had Cop Craft been given more time or handed off to a more experienced studio, I genuinely believe this series would have seen more traction. The individual pieces are all there, but the production was very obviously holding this title back.

As I was saying at the start of the article though, this had almost the opposite problem that Demon Slayer did. While that had lavish production, its characters and narrative just weren’t that great. In the case of Cop Craft, the cast is fun. Additionally, though a bit too shallow in some aspects, some more meaningful topics are tackled. It, at the very least, attempts to say something. 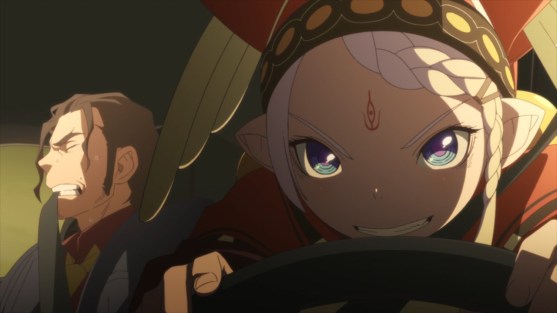 I can’t understate the value of having a cast with good chemistry. The VA’s were putting effort into these characters, or at least I could believe the performances. The exchanges felt natural. Even the (kind of silly) reason Cop Craft’s antagonist is doing everything he is, made sense.

Didn’t have a natural way to include this, but I really liked the OP for this one. You can hear it in the trailer.

If everything I’ve said hasn’t put you off to the idea of Cop Craft, then I would encourage you to at least check it out. While it will have more than one bump along the 12 episode journey, it does bring everything together. You’ll get a decently satisfying conclusion, though I admit it is a bit rushed, I can say that it is complete. At the very least, I was happy with it and I don’t feel like I wasted my time. This was something I looked forward to each week, even when I knew it wasn’t the strongest show of the season.

What are your thoughts on Cop Craft? I’d also love to hear your thoughts on how things like visuals vs writing impact your enjoyment of certain shows. If you’d like to support my efforts, please check out either of my donation pages below by clicking the corresponding button. Thanks for stopping by and giving this review a read. I hope to see you back again soon!