I held off on doing my review of Night of Full Moon because I wanted to explore a good chunk of its content prior to review, but I’m finding that there is actually just too much content for me to justify holding this off any longer. As such, I’m here to let you know that if you like games such as Slay the Spire, but don’t have the budget, then this is an excellent free alternative!

Originally a mobile game, Night of Full Moon migrated to Steam not too long ago. It’s not the smoothest port, and the translation isn’t perfect, but that isn’t holding Giant Games back. Most of their games have been well received and fairly anticipated titles as well, with this one being no exception as it came to PC.

I’m going to assume you’ve checked out my previous review of Slay the Spire (linked above), or have a little familiarity with it, so I’m going to skip the overview on how Night of Full Moon plays in general and stick more to the key differences. Really, there aren’t many.

That’s really it. In many ways, Night of Full Moon is actually a lot easier than Slay the Spire, but as you get into the more challenging difficulties and other modes, it will present a fairly significant challenge, even for seasoned players.

While the free version does get you started with a few classes and the core game mode, there is paid DLC that essentially unlocks the full game. The full game has 7 classes and an additional 2 game modes. I’ll go over each briefly now:

I have everything, but I haven’t even gone through all the free content yet, so if you end up liking this, you are going to get a lot of mileage out of the title. I have about 8 hours of playtime on record to give you an idea. All of that play has just been on the starting character too. 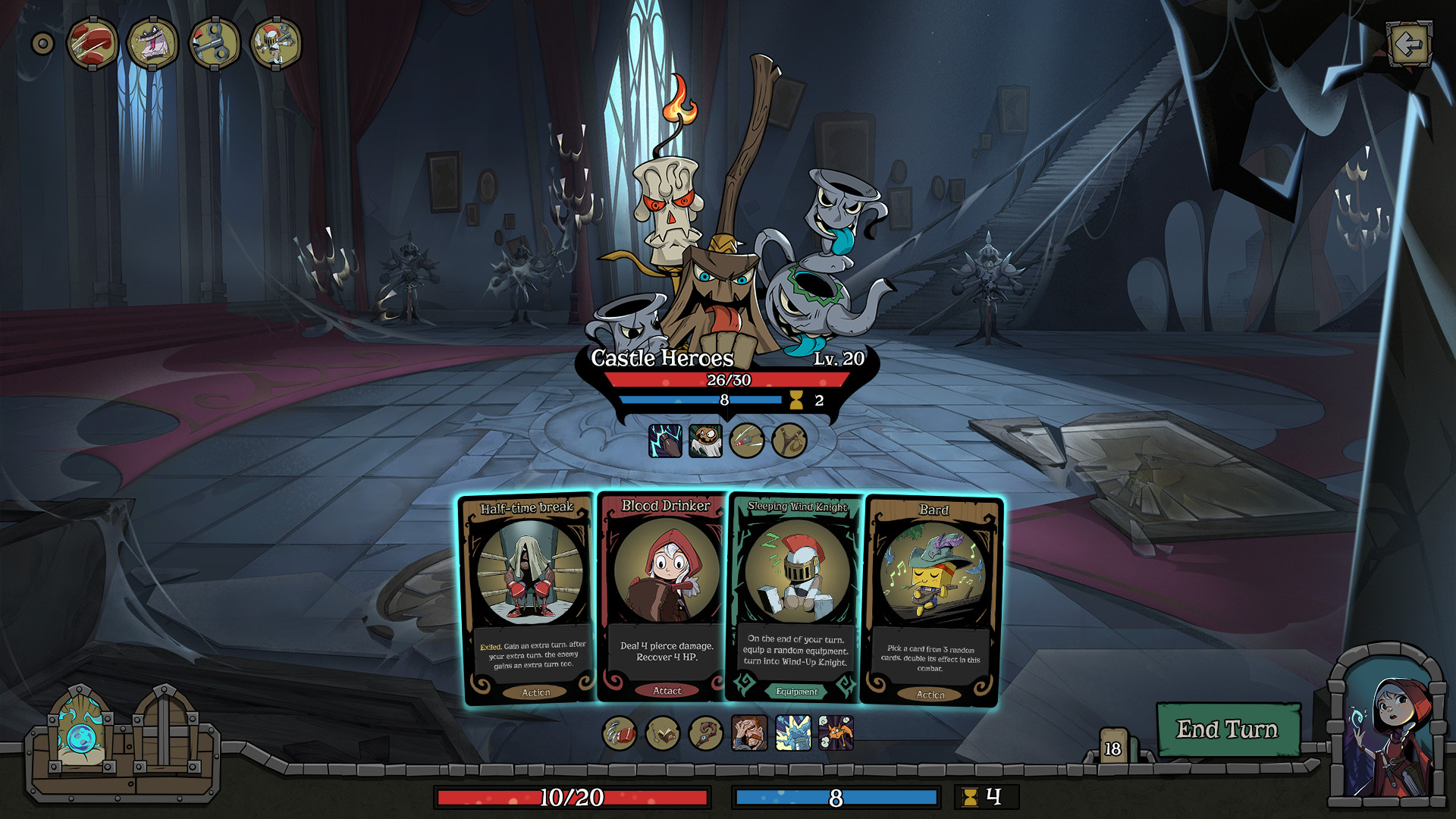 Which is why I feel confident in recommending the game, even when I haven’t experienced most of what Night of Full Moon has to offer. While it is a little lacking when stack up against Slay the Spire, a game I’ve sunk 100’s of hours into, as a free alternative with more content available should you enjoy, that manages to hit a similar appeal is right by me.

You can download and start playing for free on either your mobile device or on Steam. All of the DLC will run you about $9.99, but you can pick-and-choose what you’d like to get pretty easily. If you do want the DLC on Steam, I suggest buying it from the store front out of game and NOT in game. When there are sales and such, it will ultimately be cheaper.

Have you played Night of Full Moon? Play any of the other titles from Giant Games? Let me hear your thoughts in the comments. If you like this review, and if it helped you decide to get the game, consider utilizing my donation button below to toss a few bucks my way. Finally, thank you for reading and have yourself a great day!