Not too terribly long ago, I reviewed the first “season” of 7 Seeds, in which I said:

It seems that Hero Mask has returned to reclaim its rightful place as the worst “original” anime on Netflix. Guess the series was none to happy to have a rival, especially one that was so ready to out do it. Let’s get into it, this was… an experience. 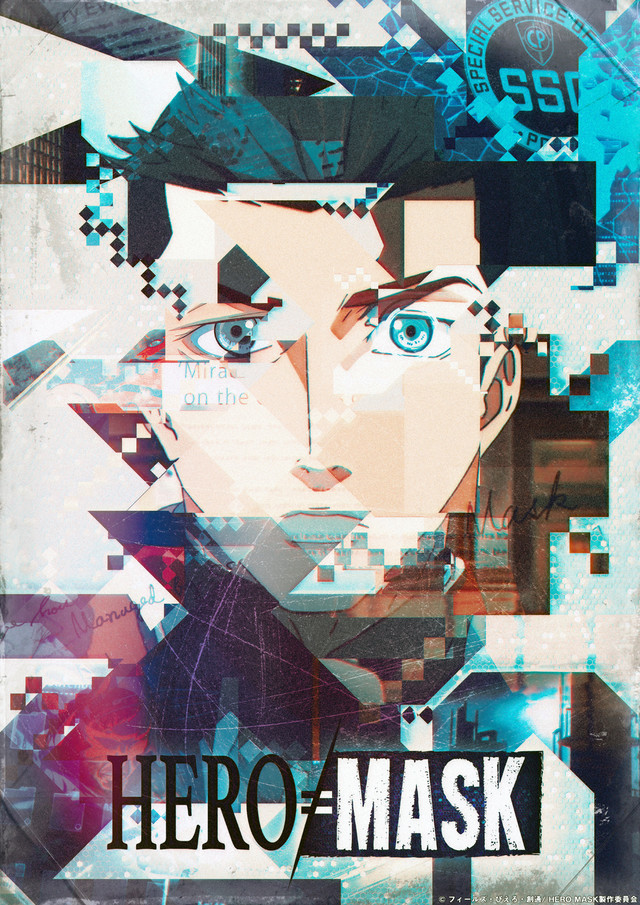 With only nine episodes this time around, we return right where we left off with the first part of Hero Mask. The only problem is that a fairly good chunk of time had passed, so I was a little lost on all the details returning to this. I really hate recap, but a small amount here would have been welcomed because everything moves extremely fast in this anime.

For those who need a quick catch up, or just didn’t watch the first part, this story is focused on finally solving the mystery of the masks. Most of the old cast returns with a few new members, most notably Tina Hurst who was the sole survivor of a deadly crash at the end of the first portion.

Everything else is largely irrelevant outside the existence of the masks and Geffery Connor’s continued pursuit of his research to complete them. He still acts as the main antagonist with Harry by his side for his wife’s sake as usual. All of this probably sounds fine, but here’s what ultimately comes out of all this setup.

James Blood is being monitored due to the actions of the first half, along with the rest of the SSC. He very quickly gets on the bad side of the person monitoring him (I can’t recall his name, he literally doesn’t matter despite large amounts of screen time dedicated to him) and is labeled a criminal after being forced into hiding with Tina, who Connor is trying to capture.

During the course of all this, the police do a terrible job as usual, but it isn’t their fault guys, they have a mole. That’s another reason James and Tina need to go into hiding. SPOILERS! It is exactly who you think it is, no joke, it is obvious BEFORE they even imply the idea of a traitor. There is no mystery in the series whatsoever.

Right, so Tina and James get weirdly close and I guess James falls in love with her? I’m really not sure, but Hero Mask‘s writing has never been very strong. He has a strong sense of duty to her and later actions kind of imply they were into each other, but again, this is minor speculation because it doesn’t go anywhere anyway.

The point is, that James will do ANYTHING to keep Tina safe, so he continues to put her life in danger and do all these wild stunts. Ultimately, this lands Tina squarely in the hands of Connor and the truth behind the masks is revealed.

Before all that though, it turns out Harry’s wife dies and he has a battle with James. With his motivation completely lost to the plot, Harry kind of just… leaves? I do want to give the show some credit though, they did do a few good scenes with Harry but his character is totally irrelevant in this season. A common theme.

Oh yeah, there’s also this old guy who is crazy and loves paper airplanes. Turns out though, he ISN’T crazy. Wild, right?!? Called “The Professor” by most of the cast (I can’t remember his real name), he was the leader of the research team behind the masks.

The mask program was meant to force humans to evolve faster and that’s the whole reason they exist. At some point, they hit a wall in research and conducted all these inhumane experiments which we learned about in the first part. Turns out Tina is the last remaining mask, and the only successful instance of them since she has no side effects.

Tina was able to survive the deadly crash thanks to her mask, which she didn’t know about. It was given to her at birth in a desperate attempt by her father to keep her alive after his wife perished. This gave Tina immortality, but she still ages normally. This is maybe the only relevant thing in the story, because without the mask, she will die.

All of this is why Connor wants her mask. Nobody knew about it until the deadly crash, and now we have come full circle. Connor just wants to see the masks completed and for humans to progress while “The Professor” wants to eliminate their existence as he views them as an abomination (oh, I forgot, he’s also Tina’s grandpa I guess). Everybody else is kind of in the middle, they just want Tina not to die.

Ultimately, this all boils down to a battle of ideologies. Science vs nature, but it doesn’t actually say anything. Even when Tina’s mask is removed and Connor succeeds, James does something dumb and gets the new mask back for Tina. She cries and puts it on him instead so he won’t die. She then “dies” only for her grandpa to somehow have magically made ANOTHER mask and gives it to her, totally contradicting all of his motives and dies.

A time jump happens and both Tina and James are good as new. Tina is studying to do science and James is up to his usual self. They bump into each other and the show does this weird scene that doesn’t really work well and that’s it really. That’s the rest of the show. The traitor got found out in all that jumble too, but the show never resolves it, they just assume you know what happens to everybody as a result of it being solved.

I think this ending could have been salvaged for me if James faced any consequences. Had he died protecting Tina, I would have maybe gotten something out of this and felt the writers were at least trying to go for something. Instead, I really can’t tell you what the takeaway is.

It’s bad. Nothing happens at all, everything returns to the status quo and nobody really learns anything outside of Tina. I can honestly say that this is the worst thing on Netflix masquerading as good content, at least from what I’ve watched so far. I wholeheartedly recommend you avoid it at all costs.

Normally I put the trailer here, but part 2 doesn’t have a proper one so here’s part 1’s (again)

A shame too, I was kind of looking forward to seeing how things would resolve but having the show amount to nothing was a major letdown. There just wasn’t a story here. Compounded with the numerous other issues, it is just simply inexcusable.

I’m not going to bother asking if you watched this, I know most of you didn’t. Please don’t. If you enjoy this service I provide, that being me watching all the Netflix garbage and telling you what to avoid, consider a donation by clicking the Ko-fi button below. Thanks for stopping by, and I hope you enjoyed reading this at least!