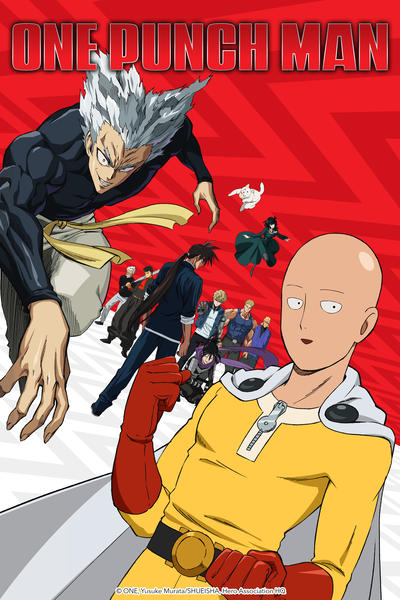 Back in Fall 2015 a show called One Punch Man seemed to take the world by swarm. It wasn’t until a little while later that I finally gave it a shot with the TV dub, and while a lot of criticism had been heaped on to the show at that point, I still really enjoyed it. The highlight for me was The Deep Sea King arc, which you can read all about in my review of the first season here. When I heard this would get a second season, especially one that was less focused on Saitama, I thought that would be perfect, because the show was always at its best when he wasn’t the focus of the show.

However, expectations do not always live up to reality. The changes from season one to the second season of One Punch Man could be felt throughout the community long before it aired. This cast a long shadow of doubt on the anime before it even had a chance at success. Still, I remained hopeful in spite of some troubling signs.

It was until the Spring 2019 season when I was finally granted the opportunity to watch it as it aired that my hope for something great was slowly diminished. Now, don’t get me wrong, it wasn’t like One Punch Man’s second season was terrible, but it was a huge disappointment.

As promised, the focus was taken away from Saitama and interesting ideas were sometimes given an opportunity to peek through all of the mediocrity. This, just wasn’t enough though.

Normally I’m not one to harp too much on animation, but there was a lot of lazy work going on here. One episode even uses footage from the first season and you can really see just how bad the second season is in comparison. I wouldn’t even necessarily say the second season was really all that bad in this department overall, but these reminders, which were frequent enough, absolutely didn’t do this any favors. It was like the anime wanted to invite this mark against it.

The writing was pretty bad this time around too. Outside of Garou, there was almost no exploration of what it means to be a hero that had any impact at all. His character was interesting because Garou fights for the villains. That said, he manages to form this bond with a kid, and through some good use of flashbacks, you can really sympathize with his position. Agree with it? No, probably not, but understand and even think he isn’t that bad of a person deep down; absolutely, with ease.

I could go on, but it would just be me talking about how this felt like such an inferior product in every way. A hollow imitation at the best of times, and a miserable experience at the worst of times. Everything that made One Punch Man fun and interesting in the first season glimmers deep beneath the surface here, but it just can’t break through the mire of mediocrity in its wake. Not worth totally passing up on if you are a fan, but expect to be disappointed.

Were your thoughts different than mine for OPM season 2? I’d love to hear your thoughts in the comments! If you would like to support my writing by giving a small donation (helps a lot), you can do so via the Ko-fi button below. Thanks for stopping by and I hope to see ya again real soon!