That is to say, I’m never going back to the original Dota Auto Chess mod now that Valve has released their own standalone version of the game available on Steam, and mobile platforms for free. When I first heard word of this new entry in the “Auto Chess” genre, I thought it was a good move but just wasn’t sure if they’d be able to land it. After all, these are the folks who brought us Artifact, which was a total disaster despite its excellent gameplay. Having been enjoying the game in closed beta though, I can confidently say that this is a great game that is moving in the right direction.

I was generously provided a key to the closed beta for Dota Underlords, which is how I formed most of my opinion. Some of the things I discuss here are subject to change as the game evolves and moves forward. Remember, this is just a look into the game at the launch of the open beta.

Before I talk about this game proper, for those of you wondering if this is worth the switch from the mod, though I’ve said it already, the answer is a definite yes! You’ll find yourself right at home in Underlords with a couple of new additions that make the game feel a lot better. You’ll notice a few new units, some tag modifications, and balance tweaks, but the core game is very much a familiar experience. This is coming from somebody who sunk a good chunk of time into the mod itself.

If you have never played the Dota Auto Chess mod and are interested due to the recent Auto Chess genre that has grown both here and from the League of Legends folks, I think you’ll like this game. That said, Valve needs to work on the tutorial for Underlords.

I tried it out as they recently enabled it and played like I knew nothing about the game and was pretty disappointed. The tutorial starts off well enough but quickly moves away from “hand holding” to just randomly telling you tutorial things when (read if) you manage to do them. Basic things like creating a two-star unit isn’t explained until you actually do it. While I respect that it gives players agency to try things, there needs to be a better way to present the information because it is going to turn people off. 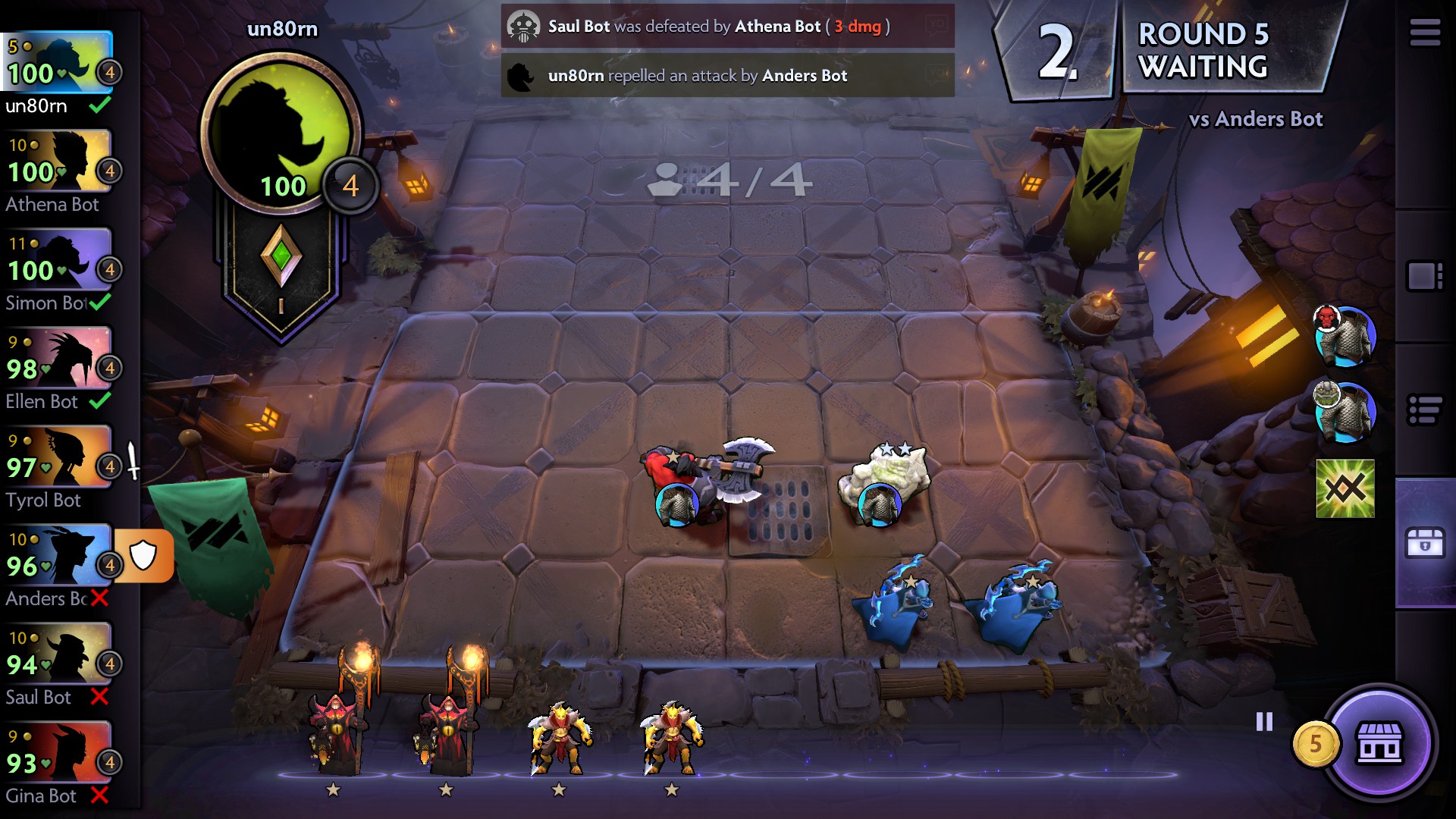 That said, this game is relatively easy to pick up. You can practice against bots both in real time like live matches against people or with unlimited time so you can really figure things out. While I don’t think this is the most exciting thing in the world, you should be able to have a good grip on the game in just a few matches.

The first thing I have to give credit for is how quick the team behind Underlords has been to fix issues and provide improvements. Only a day after joining the closed beta they already did two updates that addressed most of my complaints with the game itself. A game like this is going to need to see regular monitoring and updates so things have been starting on the right foot.

If you are already into Auto Chess games, then you are going to find a sleek, easy to understand, and fun game. Coming from the mod, I really like the tweaks they made to not only make the game more accessible (and user friendly), but the new stuff that really impacts balance.

One of these things is the passive treasures you can obtain from the AI rounds. They really spice the game up and let you focus your strategy. Additionally, if you are behind, they can also allow you to catch up by turning a mediocre board into a more powerful one. It’s a very minor change but one that has Underlords all the better for it.

The other major change from the mod is that units can only have 1 item. That said, the items are generally a lot better. There are still some pretty bad ones in the mix that I just can’t see anybody ever picking, but overall it can be a tough choice to make when you are given the option on the AI round reward screens.

If you’ve never played a game like this before, this might all sound Greek to you, but I’ll provide a video of a game below for you to check out so you can see exactly what I’m talking about. Also, it’ll act as a way to see how the game feels and plays, which goes further than my words can really do on their own.

With the open beta just starting up I’m sure the game will be seeing a good influx of players. More features are on the way soon which should also spice things up. If you want to download the game yourself and learn a bit more about it, you can head on over to Underlords’ page right here to check it all out. I’ll be keeping up with this one and think we’ll have a fairly popular game on our hands as long as things keep progressing like this.

I will say that the game can occasionally still be fairly buggy but I’ve not encountered anything that has broken it. Once I had a game where I lost a round to my units just not attacking, but outside of that one rare instance, the game has been performing as expected. There are some minor things they could fix yet, but given how updates have been pretty regular I’m confident that these will be addressed sooner rather than later. Just stuff to keep in mind if you try out the game.

How about you, are you a fan of the Auto Chess games? Which is currently on your radar and which have you tried? I’d like to give the LoL ones a go but that’ll be for another day. If you would like to support my content you can do so via donation by utilizing my Ko-fi button below. Thanks for reading and best of luck in your games!