This is a slightly expanded review which I featured on Reddit, which you can view here. It won the monthly review contest there for April 2019. I’m trying out a slightly new format for this sort of content, so feedback is appreciated.

What is Golden Sky Stories?

“Golden Sky Stories is a heartwarming, non-violent role-playing game from Japan, by Ryo Kamiya. In this game, players take on the role of henge, animals that have just a little bit of magical power, including the ability to temporarily take on human form. You can be a fox, raccoon dog, cat, dog, rabbit, or bird, and each kind has their own special magical powers. Players will then attempt to solve problems around a small enchanted town with ingenuity, co-operation and friendship.

This game is steeped in Japanese culture, which may put some off, but that’s also something that makes it so different than what you may be used to. However, you shouldn’t have much trouble with the setting or anything at all because it is all clearly explained. Plus, I suspect most of you can envision what an ideal sleepy rural village is like.

It’s from the strange mind of Ryo Kamiya, who you may recognize for the Maid RPG though, this game is far more wholesome than anything else he’s made and a lot less problematic. His other games are interesting and worth checking out but I’m not going to mention them any further since the point of this is to talk about Golden Sky Stories.

Nope. Despite the game having no real violence (it isn’t like you can’t ever do it, but a character would receive heavy penalties for doing so, meaning it is almost never worth it), Golden Sky Stories can carry just as much dramatic weight, romantic weight, etc… as any other TRPG that you may otherwise be accustomed to. Usually games are feelgood type stories, kind of like what you’d expect in an Iyashikei anime (think Mushi-shi, Miyazaki films, and such). You can read a replay of one here.

Golden Sky Stories is also different in that it does not have a traditional progression system nor does it use dice. However, player characters still have stats that are very much relevant, they are activated via, “dreams” which you obtain by having connections with NPC’s or even the other players. Normally sessions are self-contained, but you can allow a kind of progression in that the people living in the rural village the Henge help out can remember them and the stuff they have done. In some ways, this can be a lot more rewarding than just getting loot or XP because you are building relationships that can feel real.

Nope, not at all. That doesn’t mean it is too simple though. There are choices, and they do matter. However, this is a role-play heavy system which rewards players for telling great stories through the mechanics. What can make this tricky for folks is if they actually have a lot of experience in one or two systems and not much else, it can be a transition which can take a session or two to really get used to. However, I’ve never had a problem with the game, especially with folks brand new to role-playing games in general.

If you just get the core book, you’ll receive a beautiful softcover with a healthy balance of art and text. It’s 146 pages long and very easy to read, you could knock it out in an afternoon or two no problem. In addition to this, included are examples of how to play, some replays, and starting scenarios. The PDF also has all of this. Unfortunately, hardcovers were only for Kickstarter backers and you can’t really get your hands on those (they are so nice T.T I wish I had them). The game cots $10 for just the PDF or $20 if you want a physical book too.

Alright, so maybe I’ve convinced you or maybe you need just a little extra push. Here is a completely free quickstart game straight from the publisher website. It’s a little bit simpler than the actual game itself but it captures the spirit pretty well. If you like this, you will for sure enjoy the full game and its expansions. Speaking of… 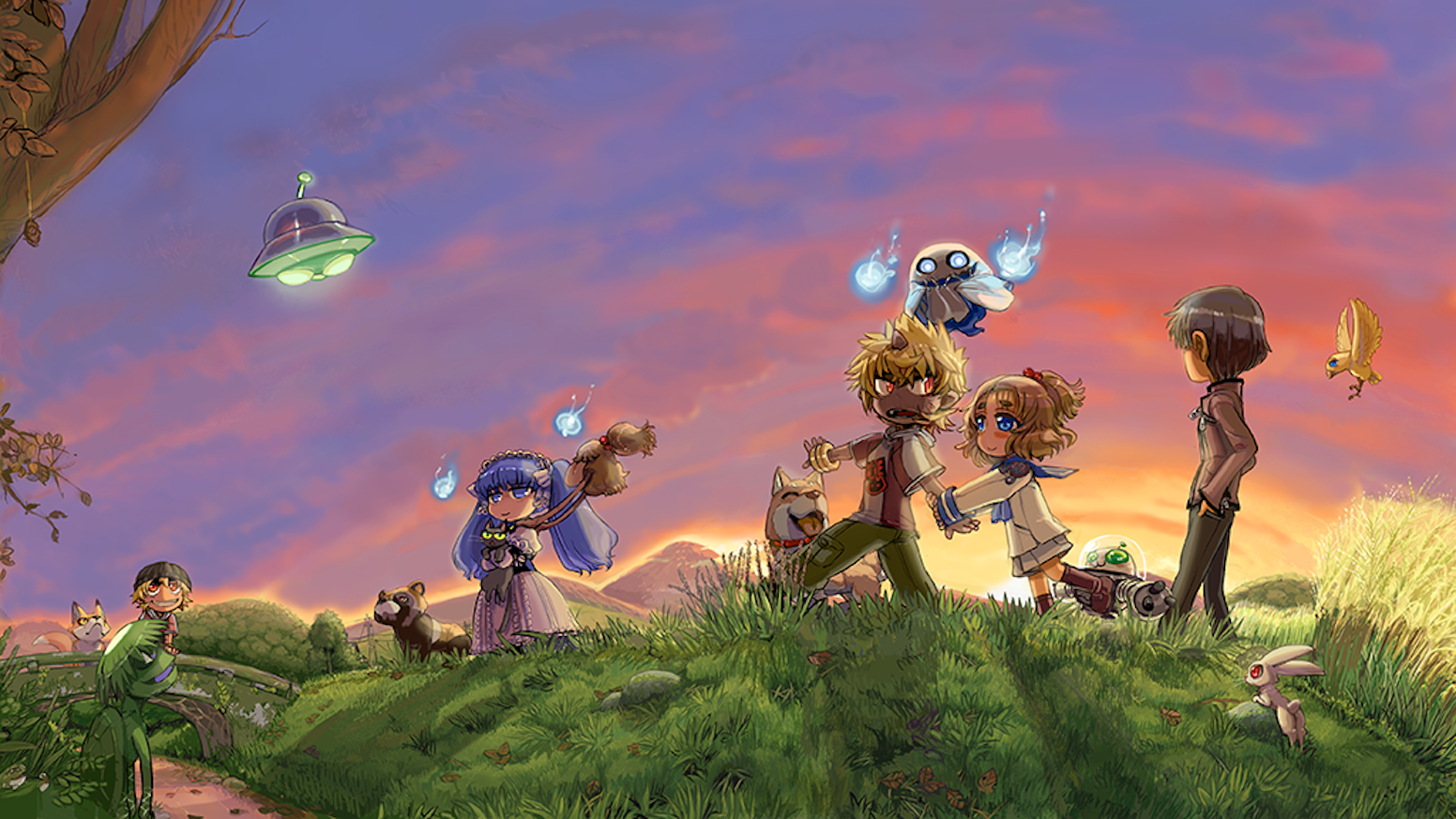 There are two other books if you decide you really like this game and want to add a little more depth, have more character options, and of course, more scenarios! One of the books is a must in my opinion and the other is not, so let’s look at them.

The first book is The Colors of the Sky: Bonus Material for Golden Sky Stories and is only available in PDF form as far as I know. That’s ok though because this is not the greatest book. For whatever reason some of the art isn’t the original which really hurts it and there isn’t a ton here. Still, it does have some nice stuff so it may be worth it, particularity the other classes sans the pony which feels tacked on and out of place. It’s 54 pages of a few extra rules and such, but mostly characters. Price is $8, I actually kind of feel like this is a bit high considering the quality here isn’t as nice but I don’t regret owning it.

On the other hand, Twilight Tales, is really good. It is 74 pages long and you can get this PDF or softcover print. While this too adds yet more classes, these ones really open the game up to new possibilities in terms of stories. The scenarios in here are also really solid. Adds a few more mechanics but nothing too crazy. Personally, this should be considered a must if you like the game. Costs $8 or $16 depending if you want print or just PDF.

If the theme of Golden Sky Stories doesn’t appeal to you, Star Line Publishing also has two alternative versions. One is called Faerie Skies and the other is called Fantasy Friends. While I have not played these personally, I can assure you that these versions play very similarly with only a few differences that add a bit more to give the alternative setting some spice. These books act more as supplements because you still need the base game to play, but I would be remiss to not mention them here.

Golden Sky Stories is a great game that breaks away from your typical TRPG convention, focuses on great role-play, and tells wholesome stories. It’s great for adults and kids, you can try it for free, and it isn’t even all that expensive (especially if you just want PDF’s). You should consider giving Golden Sky Stories a go!

If you want to learn more about the game you can do so through any of the links I provided above (well, except maybe the Maid RPG one) or you can ask me some general questions with a comment. Have you played the game? I’d love to hear your experience with it, and of course, if you enjoyed it!

If you liked this review, please be sure to let me know because I have more like this one on Reddit. Any and all feedback on this format would be appreciated as well. If you would like to support my writing you can do so by purchasing the game through the provided DriveThru links or via donation by clicking the Ko-fi button below. As always, thank you so much for reading and have a wonderful day!