If you were to ask me who my favorite film director was, I would have to be honest and tell you without a doubt: Tim Burton! There is something about his style that I truly appreciate when it comes to his films; whether it would be his off-the-wall premises,  eccentric characters, whimsical scores, or gothic fairy-tale designs, Burton is a filmmaker unlike any other, and I am here to talk about my ten favorite films he has done in honor of the release of Burton’s live-action retelling of ‘Dumbo’!

Before Burton became the filmmaker most of us know and love, he made short films, two of them being ‘Vincent’ and ‘Frankenweenie’; the latter was an obvious parody of Mary Shelley’s ‘Frankenstein’, and also served as an homage to black-and-white monster movies of the 30’s. It was so beloved and controversial that Burton felt the need to remake it as a stop-motion feature film in 2012, which is funny when you realize that it is an animated remake of a live-action film (Like ‘Dumbo’, but the other way around). As far as remakes go, 2012’s ‘Frankenweenie’ is, for the most part, faithful to its source material. Despite adding more monster movie elements to fill up time (The original was only a half-hour, you know), the main story never loses its charm, instead filling your heart with joy. Sparky is a character that makes you want to hug your pets, and that is the feeling I got after seeing ‘Frankenweenie’ in the theater. Was it a necessary remake? Probably not, but it is definitely well-done.

Much like how everyone has a favorite Tim Burton movie, everyone also has a favorite Batman. You could go with Christian Bale or Adam West (Will Arnett or Kevin Conroy if you like the animated renditions), but I, along with most people, would most likely say Michael Keaton. Like Burton’s take on the Caped Crusader, Keaton is dark, brooding, hidden in the shadows. If you were to ask me, I would say Burton and Batman were a match made in cinematic heaven, only solidified with Danny Elfman’s epic score. Not to mention, Jack Nicholson’s portrayal of the Joker is especially creepy and terrifying. Heath Ledger may be the most intense portrayal, but it is Nicholson that holds the glue together to make a darkly comic, and epic superhero movie that only Burton can bring. 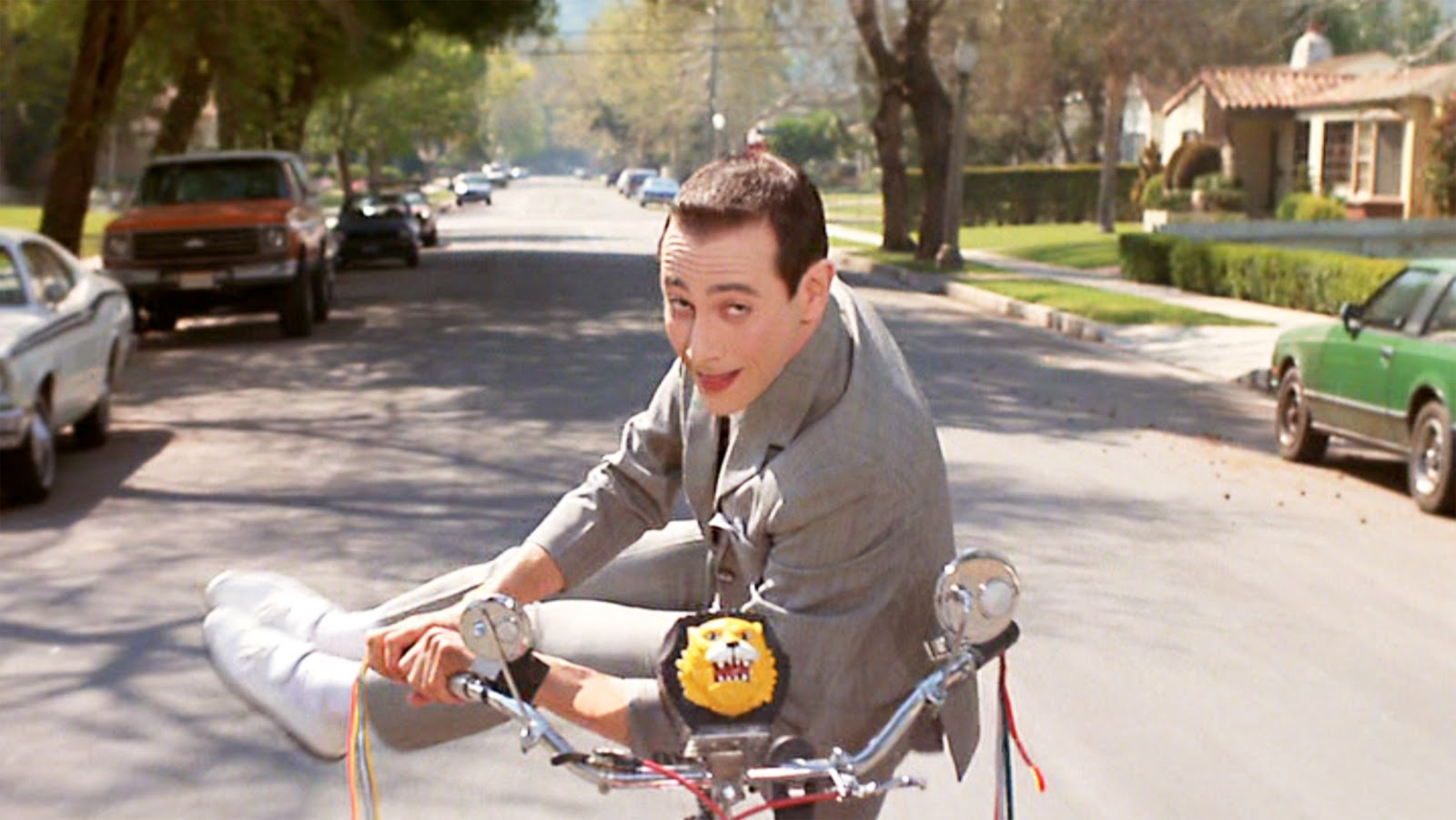 Now we go on to something a little more lighthearted with Burton’s first feature-length motion picture.  There are people who find Pee-Wee Herman annoying, and there are people who find him funny and charming. ‘Pee-Wee’s Big Adventure’ has the best of both worlds; showcasing the wacky antics of the character matched with the lunacy of its visuals and the ridiculousity of its adventurous story of a man looking for his stolen bike. Whether you love him or hate him, there is a certain childlike wonder about ‘Pee-Wee’s Big Adventure’ that makes it a cult classic and a guilty pleasure all rolled into one comedy. 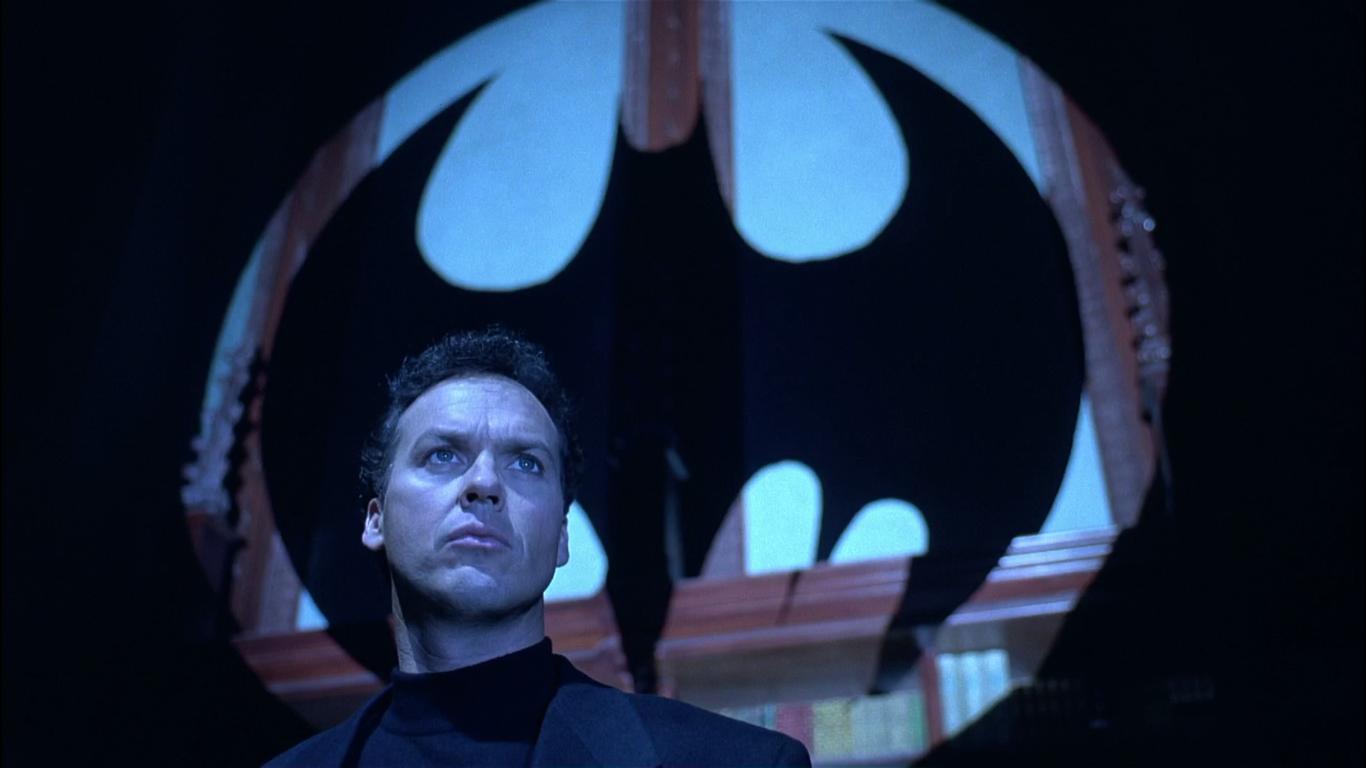 ‘Batman’ may have been one of the best comic book movies to have ever existed, but something about its sequel makes me stick to it more than its predecessor. The Caped Crusader’s first outing had a darker, grittier tone, but with the addition of villains such as Danny DeVito’s Penguin and Michelle Pfeiffer’s Catwoman, the stakes feel higher, the action literally packs a punch, and the darkness is more chilling, almost quite literally. ‘Batman Returns’ is sadly the last time we get to see Michael Keaton don the cape and cowl, but his second (and last) outing is indeed an epic one. 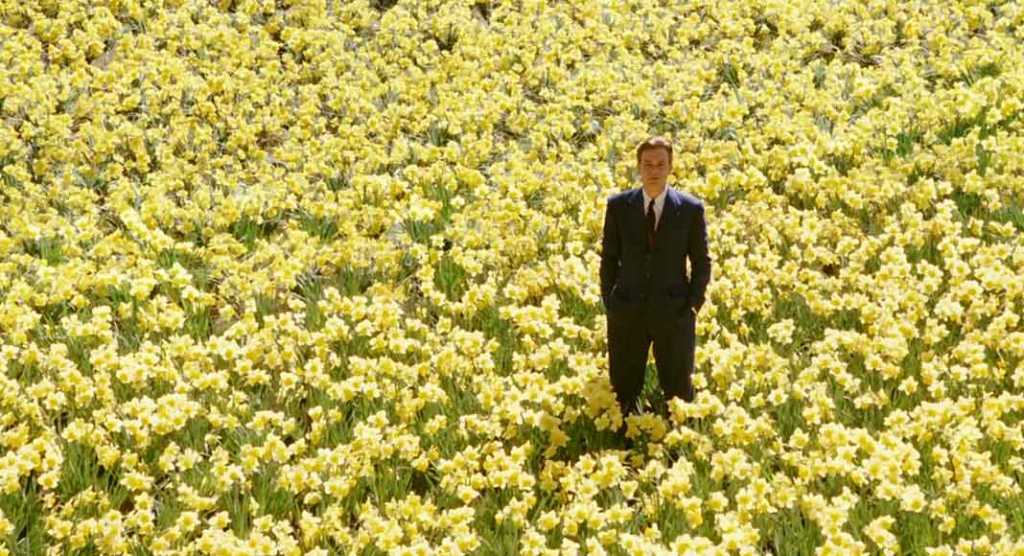 Possibly Burton’s most ambitious film he has ever made, ‘Big Fish’ succeeds in more ways than one; as a quirky comedy, a tragic family drama, a whimsical fantasy-adventure, a sweet romance, and most importantly a story about a father trying to connect with his son during his dying days. Ewan McGregor and the late Albert Finney shine as the eccentric father in both his younger and older years respectively as his life proves to be more fantastical than the stories he tells his son (Billy Crudup), who has grown older and unwilling to believe in them, until he learns more and more about his father. ‘Big Fish’ is a film that hits more than enough sweet spots to make you laugh, cry, and fill you with wonder.

Burton may be one of the most eccentric (and quirky) film directors in cinema history, but years before he indulged our senses with his gothic style, a young filmmaker named Edward D. Wood Jr. hit the scene and changed cinema for the weirder. Before Tommy Wiseau reached cult status with ‘The Room’, Ed Wood was the king of so-bad-its-good cinema with laughable science-fiction B-movies (‘Plan 9 From Outer Space’), and terrible dramas (‘Glen or Glenda’). However, what is more interesting than this director’s filmography is his passion for cinema; he loved movies so much that he set out to make them despite not being good at the craft. No other director could bring his story to life more than Burton; it is clear that he sees himself in Wood, who had a knack for the eccentric. Johnny Depp has fun as Wood, while the late Martin Landau is a riot as a swearing Bela Lugosi (who collaborated with Wood in a few of his projects). ‘Ed Wood’ may not be Burton’s most popular work, but it definitely is one of his best films, and worth watching, whether you are a fan of cinema, Burton, or Depp.

If you look at Burton’s earliest films, you can see that he has a craft for stop-motion. However, it was not until 2005 when Burton decided to use this craft to make a feature-length motion picture and keep the technique alive, setting the stage for other stop-motion projects in the future by a company known as Laika (‘Coraline’, ‘ParaNorman’, ‘Kubo and the Two Strings’). While ‘Corpse Bride’ may not be the first stop-motion feature Burton was involved with, this was the first one he directed. Based on a 19th century folk tale, ‘Corpse Bride’ is a story about true love, death, and finding happiness. It might be a dark love story, but a bittersweet one that leaves you feeling emotional by the film’s end.

Say what you will about ‘Mars Attacks!’, but whether you love it or hate it, there is no denying that it is one of Burton’s craziest, albeit goofiest, creations. Based on a series of trading cards by Topps, and serving as a parody of science-fiction B-movies of the 50’s, ‘Mars Attacks!’ is loaded with an eccentric ensemble of actors, ranging from Jack Nicholson in a dual role as both the President of the United States and an alcoholic gambler to Sarah Jessica Parker as a talk-show host who, along with her scientist guest (Pierce Brosnan), gets abducted by the mean, green invaders, who are as goofy and creepy as they come (Not to mention, violent too!). I found ‘Mars Attacks!’ to be a lot of fun and pop it in whenever I get the chance. It is more of a good time than it has the right to be.

One of Burton’s most popular films, and one that not only made Johnny Depp a star, but a collaborator of his. ‘Edward Scissorhands’ could be described as a ‘Frankenstein’ story, a teen romance, a drama, a satire of suburban life, and many other things. However you describe it, it is as bittersweet and whimsical fantasy matched by Depp’s quiet performance, his chemistry with at-the-time girlfriend Winona Ryder, and beautiful score by Elfman. It is one that resonates with most people and is sure to break your heart every time.

You know the name, and are probably saying it in your head as you read this! Have no shame! There was no competition when it came to my number one favorite Tim Burton movie! ‘Beetlejuice’ is everything a Tim Burton movie was made to be; dark in both style and sense of humor, thematic, creepy, eccentric, and ghoulishly goofy. Besides Batman, Michael Keaton gives his best performance as the titular ghost, while Alec Baldwin and Geena Davis do well together. ‘Beetlejuice’ is Tim Burton at his most gothic and will be watched for years to come!

‘The Nightmare Before Christmas’

To be fair, I loved ‘The Nightmare Before Christmas’ and would watch it a lot as a child, but as the years went by, it turns out that I may have watched it too much to the point that, like Jack Skellington himself, I “have grown so weary of the sound of screams.” If you thought that was hard to believe, you may be surprised that Burton did not direct it as he was busy with ‘Batman Returns’ at the time. It still has a special place in my heart as a childhood classic.

As much as I consider ‘Big Eyes’ to be one of Burton’s most underappreciated movies, it definitely is not one of his greatest. You could blame that on Christoph Waltz’s over-the-top performance, but I will watch it every now and then.

‘Planet of the Apes’

By far, Burton’s worst film he ever made. ‘Planet of the Apes’ is lackluster in action, and Burton’s signature style. You may find it hard to believe that he was even sitting in the director’s chair. The only good thing coming from this remake are the amazing makeup effects.

Lewis Carroll’s classic story is just as quirky enough for Burton’s treatment, but wait until you see the finished product. He injects enough darkness and violence to make you question whether this “live-action Disney remake” was even meant for a family audience. Not his worst, but definitely not his best either.

Burton’s adaptation of the 1966 television series has a strong start with Depp’s charismatic turn as vampire Barnabas Collins, but the film loses its charm near its climax and takes itself too seriously to be a comedy.

With that being said, I would like to know what your favorite films by Tim Burton are! See you next time on Jon Spencer Reviews!