This is NO Classic

Throughout this collab with Yomu, I’ve stated multiple times that Art Club has been a show with some pretty big ups and downs. The show really does feel fairly average, occasionally peaking to just slightly better than that. Of course, Collette temporarily brings the show to a 10/10 when she’s on screen, though that is but a fleeting moment. So it really shouldn’t be any surprise when I say, Art Club doesn’t hold a candle to classic anime, but that’s OK.

We are close to the big finale to this collab, and as such, I’ve once again chosen to tackle a core theme, “How Does This Compare to the Classics?” as we move into the second-to-last episode. There has been discussion about why one should watch classic shows, and even why you ought to watch bad shows. However, I haven’t really seen much advocacy for why you should just watch something average, which is what I aim to do here today. 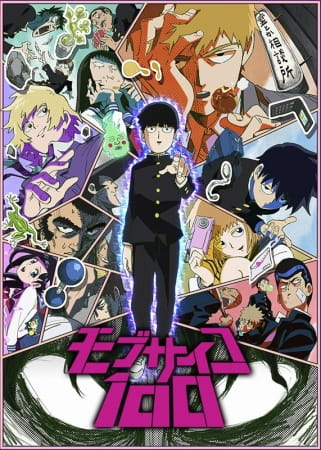 An average show allows you some useful insights, like a snapshot in time for when the series was made. Summer 2016 had a few hits, most notably Mob Psycho 100, but the season on the whole wasn’t hitting a lot of high notes. When it comes to comedy anime from this season, Art Club comfortably sits on the average mark, ranking the worst of the comedy shows from that season.

Having actually seen, at least to some degree or another, every comedy from this season I can actually say with confidence that for pure comedies at least, Art Club was the better show. While I don’t love the show, it does line up more with my tastes than the others. I’d say that pretty much every other title has the show beat in all other aspects though.

What this really shows is what the folks behind making the decisions regarding what shows get made each season believed would be popular. This formula, art style, and genre was carefully chosen to vie for your attention. It was a good call because this season was a slower one and I remember originally giving Art Club a shot when it first aired. Several folks I know even stuck with it as it aired, and they enjoyed it. They all thought it average, but an enjoyable experience none the less.

Pulling back to a bigger picture, Art Club allows me to more accurately recognize what I like in comedy anime and what I don’t. This genre has been a fairly contentious one for me during my anime watching career. Art Club is doing its best when it is being absurd, over-the-top, and balancing that out with completely toned down realism with some sentimentality.

That’s pretty much exactly the kind of comedy show that works well for me. Just take Love, Chunibyo & Other Delusions!, D-Frag, and the other more highly rated shows in the genre on my MAL to see what I mean. What makes a comedy flop is when it gets into creepy territory or is just too much of something, with rare exception.

This is consistent with Art Club for me. It’s easily at its worst when Subaru is being a weirdo about his waifu’s, making jokes about panties, and generally harping about how much better 2D girls are. Fanservice as a focal point for comedy doesn’t work for me either, and this anime has fallen victim to that trap as well.

In truth, my taste in this kind of show was long solidified before this viewing, but having watched this and given the theme serious thought, I realized I hadn’t ever really put much thought into it. Having it down in writing really demonstrates my tastes in this regard, which just may help you as well (at least getting to know me better if nothing else).

That’s about all I had to say on this topic. I hope there were some useful nuggets of information in there and that you’ll give some thought to the next show you are finding to be pretty average. Why is that the case? Have you been able to better pin down your tastes with these kinds of shows? I’d love to hear your thoughts on this.

Be sure to share your thoughts regarding the questions I pose and the article itself in the comments. If you would like to support my writing here, please consider a donation by clicking the Ko-fi button below. As always, thank you for reading and have yourself a wonderful day!

8 thoughts on “This Art Club Has a Problem! – Collaboration with Yomu: Episode 11”