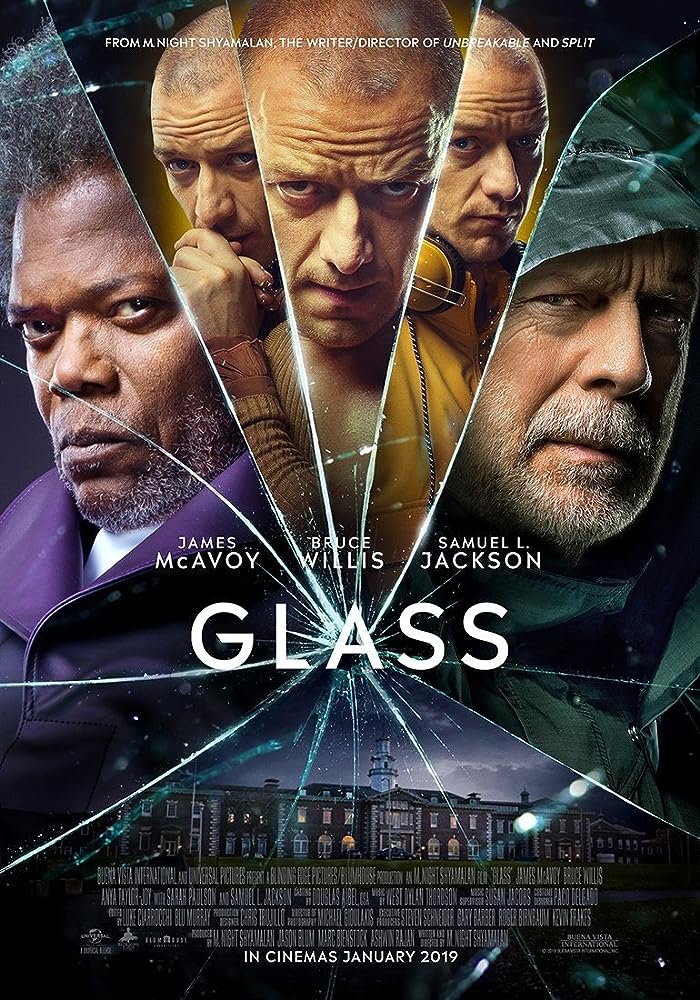 The likes of Bruce Willis, Samuel L. Jackson, and James McAvoy return as David Dunn, Elijah Price a.k.a. Mr. Glass, and Kevin Wendell Crumb (and his twenty-seven personalities) respectively, as they find themselves in an insane asylum run by Sarah Paulson’s Dr. Ellie Staple, who tries to brush off their superheroic abilities as nothing more than delusions, which can prove to be challenging for the trio; with Dunn’s superhuman strength, Price’s manipulative mindset, and Crumb’s Dissociative Identity Disorder. While moments of ‘Glass’ can be compelling and thought-provoking, what results is something so confusing and mind-boggling, that it makes you ponder what you witnessed; just trying to explain it would be a major spoiler, which I would try to avoid.

On the other hand, more returning cast members, such as, Anya Taylor-Joy as Casey Cooke, a survivor of Kevin Wendell Crumb’s attack as a hulking personality known as “The Beast”; Spencer Treat Clark as Joseph Dunn, David’s son; and Charlayne Woodard as Mrs. Price, Elijah’s caring mother. While their roles are important, they mainly serve as counterparts to McAvoy, Willis, and Jackson respectively. Who knows whether Shyamalan keeps the superhero franchise going, or moves on to new material after what he has created. As for me, I would rather revisit both ‘Unbreakable’ and ‘Split’.