Now for the fun part! As much as I love talking about the “Best in Film”, I especially love to share my thoughts on the stinkers of the year. However, sadly, due to either lack of interest or finances, I try to avoid seeing what I believe to be clunkers as much as I can, unless they interest me or are on my anticipated lists, which is why I never seem to call these the “Worst in Film”, but instead my “Bottom Picks”. Honestly, I have barely seen any terrible movies this past year, which makes listing them that much harder. Not all the films that are on this list are “terrible” or the “worst”, but just either mediocre, disappointing, or at the bottom of my movies list in the past year. So buckle up and take a trip down the bottom of the well where you will find my lowest films of 2018!

If you have been keeping up with my writings this past year, then you would know that ‘The Happytime Murders’ has been my most anticipated movie that came out in 2018; so what happened? Despite Brian Henson’s cinematic return to the art of puppeteering (believe me when I say that the puppet effects in this action-comedy are top-notch), albeit in a raunchy manner. ‘The Happytime Murders’ offers nothing new when it comes to shock value or plot, instead relying on cursing and puppet sex jokes. While I did get a few good chuckles and even enjoyed myself some, when it comes to raunchy puppet humor, I would recommend ‘Team America: World Police’ 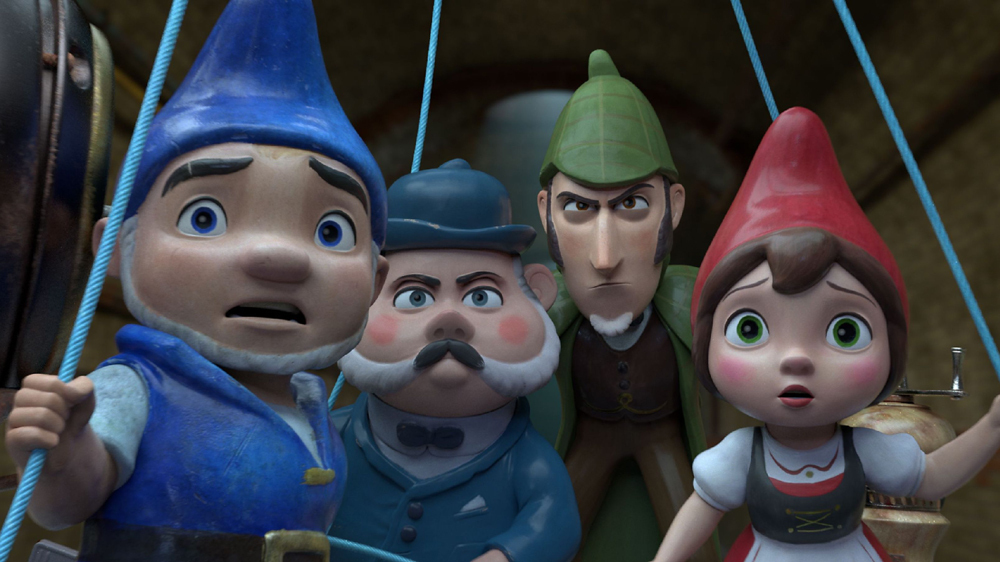 In case you are wondering, ‘Sherlock Gnomes’ will not be the only animated movie to make the list. It serves as an unnecessary sequel to ‘Gnomeo & Juliet’ featuring gnome versions of Arthur Conan Doyle’s literary characters, Sherlock Holmes (Voiced by Johnny Depp) and Watson (Voiced by Chiwetel Ejiofor) in a crossover event. Granted, the animation is top quality when compared to ‘Gnomeo & Juliet’, yet ‘Sherlock Gnomes’ is nothing more than your average run-of-the-mill forgettable animated feature meant to keep the kids entertained for ninety minutes.

Remember when I said ‘Sherlock Gnomes’ was not the only animated movie to make the list? Aardman Animation’s latest feature ‘Early Man’ is a film I missed when it was released (simply because it was not showing in my town), and I do not regret it one bit. It is a fine film when it comes to animation, but that is as far as I will go when complimenting it, besides the occasional humor here and there. Story-wise, it is dull, predictable, and by-the-numbers. There is a reason why the Academy seemed to forget about this feature.

It seems that as the days go by, I seem to forget that the surprisingly successful ‘Goosebumps’ movie even had a sequel, and I believe that it may just be for the best. ‘Goosebumps 2: Haunted Halloween’ tries to succeed at being a horror movie for children, which, at times, it does well, but seriously… who will put this on during Halloween. Kids would have a more thrilling time watching ‘Hocus Pocus’, or ‘Halloweentown’ than they would with ‘Goosebumps 2: Haunted Halloween’! Better yet, show them the first film, which definitely had a lot more heart, charm, and humor when compared to this cash cow. 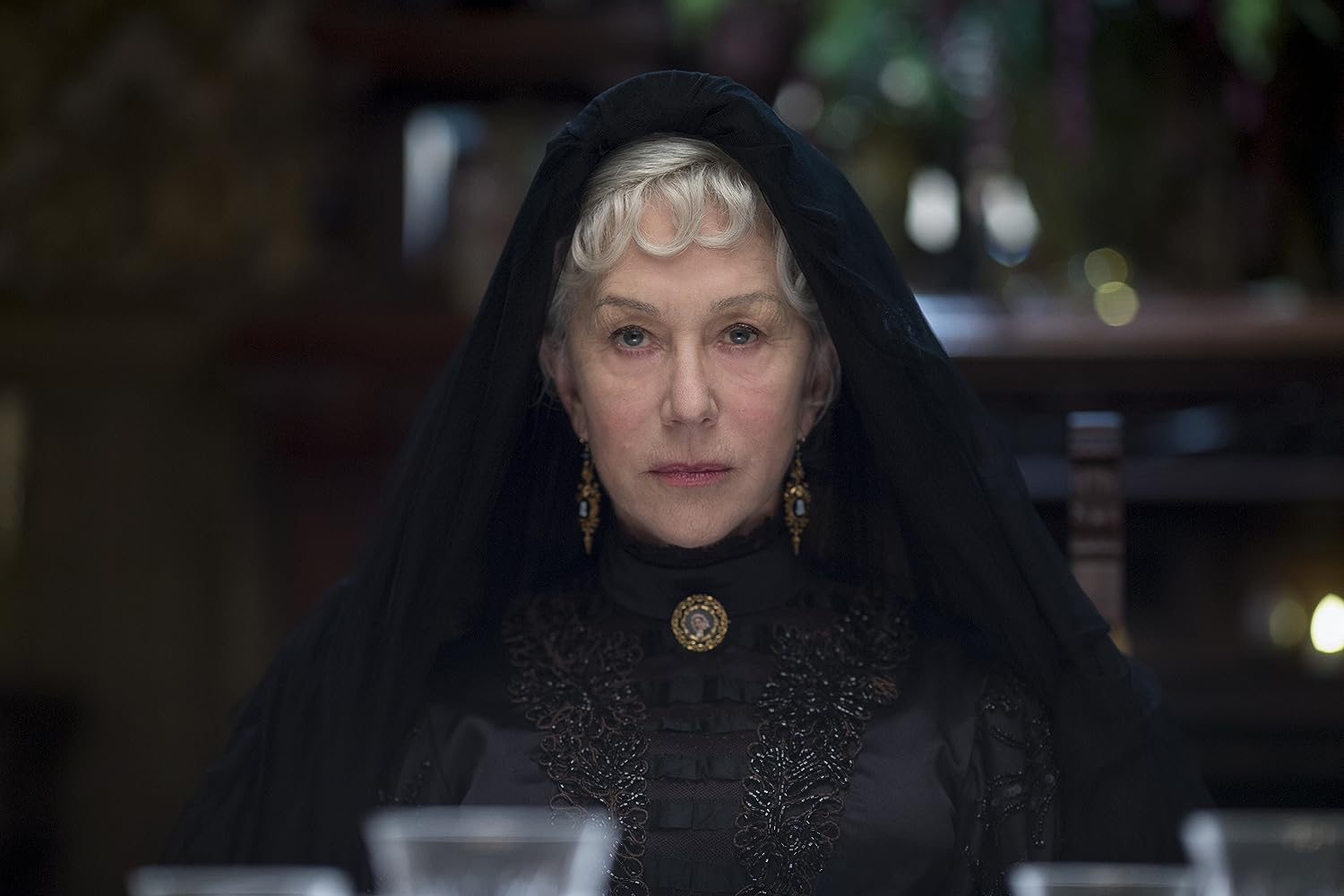 Another movie I missed in theaters (and maybe for good reason), ‘Winchester’ definitely had the potential to be a thrilling and exciting horror film, but there really is nothing special about it. Not even Dame Helen Mirren can save this one from being an uninteresting field trip. If you were to ask me, I would rather visit the actual Winchester mansion, where I could get more excitement and thrills from the ghosts that haunt that place!

This is going to disappoint some people, but I could barely find anything noteworthy about ‘Game Night’. While the directing and craft of some scenes are fun to watch, it mainly serves as a test to see how much you cringe. From creepy police officer neighbors to mean-spirited quips, and a dark tone to match. ‘Clue’ this is not!

If I were to be honest, I really did not like the first ‘Pacific Rim’; it did not seem to resonate with me well. So I did not expect to like ‘Uprising’ either. While it is a step above its predecessor, bigger does not always mean better. Visually, it is beautiful and stunning, yet it is still disappointing and awkward. I do not even think there will be a third one.

#03. ‘Fantastic Beasts: The Crimes of Grindelwald’

Want to know why making a sequel to ‘Fantastic Beasts and Where to Find Them’ was a bad idea? Well, look no further than ‘The Crimes of Grindelwald’. With J.K. Rowling’s attempt to expand the wizarding world of ‘Harry Potter’, the stakes do not feel as high as they should, instead trading fights of magic with walking down halls and talking. If there is a third film, then I hope that it ties some loose ends, which ‘The Crimes of Grindelwald’ managed to leave.

Before I say what needs to be said about ‘Venom’, I have to be honest here; I really enjoyed this movie! There is something about it that separates it from all other terrible movies (especially superhero movies), yet as fun as it is, I do not feel compelled to leave it off the list. ‘Venom’ is terrible in many ways from acting to screenplay, and even execution. Yet, its sense of fun manages to keep it from being number one on the list.

No worst list is complete without a ‘Fifty Shades’ movie, yet unlike the previous two entries, this manages to take the cake as possibly the worst entry in the series. With both ‘Fifty Shades of Grey’ and ‘Darker’, there were at least some stunning moments to counteract the awful, yet in ‘Freed’, the awfulness is dialed to eleven. What is supposed to be sexy is worthy of an adult film, while the romance tends to still be creepy and lacking of moralistic expectations. At least with ‘Freed’ concluding to be the conclusion of the ‘Fifty Shades’ trilogy, my work here is done! Congratulations, ‘Fifty Shades Freed’, you have topped it this time!