Last week we took a short break from the collaboration here with Yomu so we could get the Showcase posted. However, we are back this week with episodes 4 and 5. You can check out all the themes and such for episode 4 here, and for episode 5 here. I chose a more unusual theme for episode 4, “liquids” and for episode 5 we’ll be talking about my favorite moment with Collette!

I had half-suspected that when I took this theme that nothing would come out of it. Episode 4 was just a fun little episode where we got introduced to a new character. There were a few instances of implied liquids, like the tea cup on the new teacher’s desk, but that’s about it. 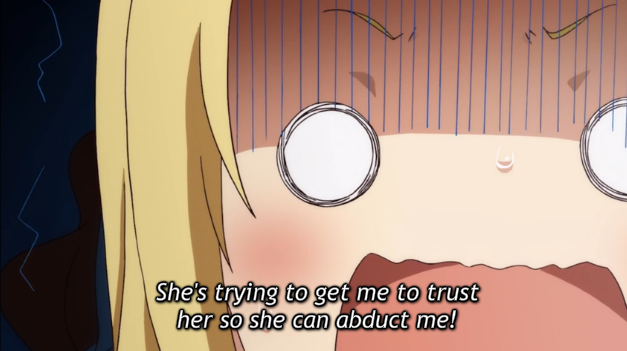 Collette is still the best. I had fun watching her. Learning that that all of the characters, even the little girl from just a few episodes ago, have some relationship to the art club, was neat. That’s really all I can think up to say on this one.

This episode I am to pick out my favorite moment with Colette. There were just so many though! She was the focus of most of the episode, so how do I even begin? I did enjoy when she gave the plaster head a, “tan” and wrote, “meat” on it in order to make it a meathead. She is always flexing her pun skills it seems, and I for one encourage that. 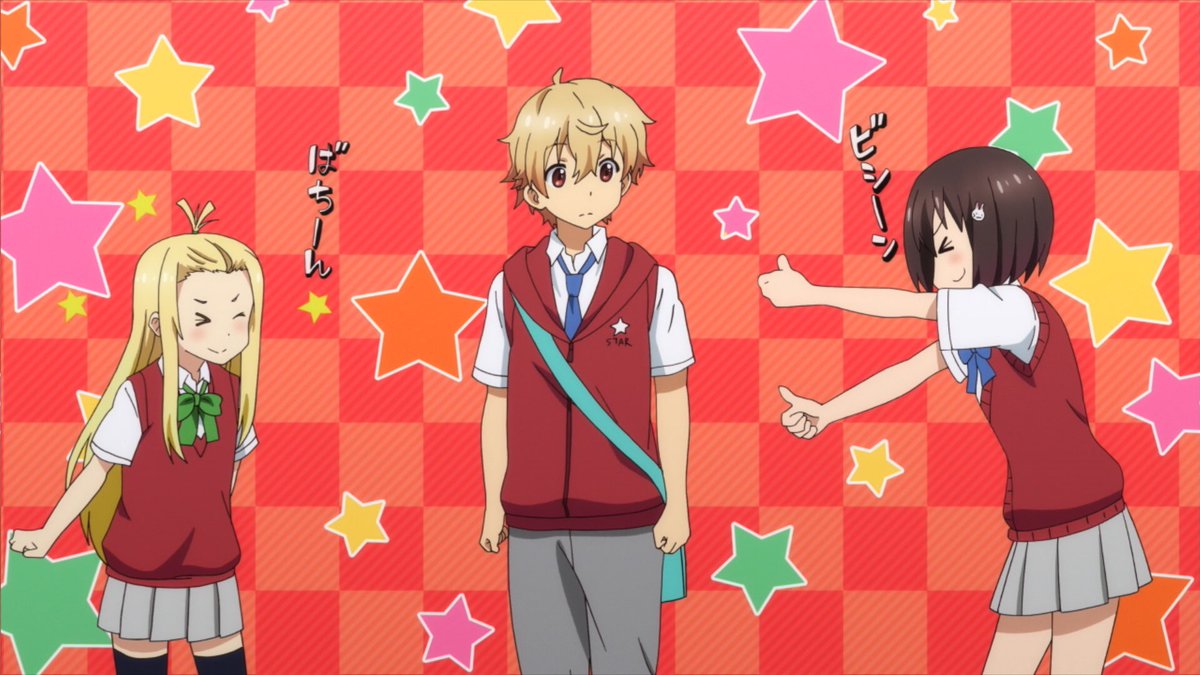 However, if I had to pick one moment, it would be when Mizuki and Colette have their knowing exchange. For a girl who really seems like an air-head, Colette is pretty clued into how Mizuki feels… even if she doesn’t always act like it. To me, it seems there is a running theme that all of the characters are pretty aware of this fact except for the potential couple.

Kind of like real life, right? Well, except most folks probably aren’t Subaru. That’s probably for the best though. While we certainly pick on him, he wasn’t so bad in this episode or the last, but that’s more than enough about him. Let’s talk more about Collette~!

The most ridiculous thing that occurred in the episode was when the president needed to preform an, “important ritual” that Subaru had to purchase something for. It’s soon revealed that he planed to turn Collette into a bird! It was very goofy and didn’t really add anything to the episode, just an excuse for a semi-joke at the end, but it really seemed like the dumb kind of thing the kids in the club would do.

Anyway, Collette is great and I look forward to seeing more of her. I’ve been enjoying these episodes a bit more than when we first started, so that’s good too! Until next time folks.

What has been your favorite moment with Collette so far? Let me know in the comments. Like last time, Collette is eagerly standing by to help me take in any donations if you’d like to support my work, just hit the donation button below as I’d really appreciate that. As always, thanks for reading and I hope to see you back here again soon!

4 thoughts on “This Art Club Has a Problem! – Collaboration with Yomu: Episodes 4 & 5”