Expected This to be Worse 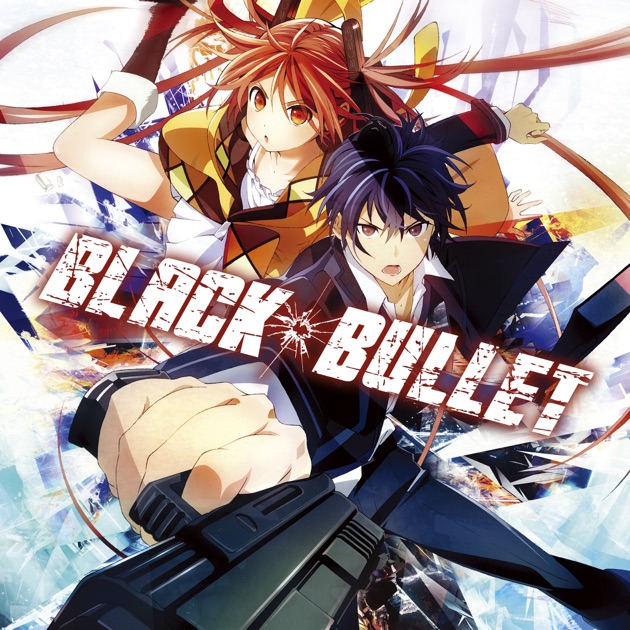 If I had to describe what Black Bullet was in a sentence, it would be this:  The video game, Earth Defense Force, meets lolis and racism. I say this because part of the show is about battling these evil bugs, known as, Gastrea, while the rest of it tackles the prejudice of this society. The Gastrea are fought off by a civilian security groups through the use of, “Cursed Children” who are infected with the virus that lead to the rise of the Gastrea. You guessed it, all these kids are little girls who need to pair up with (typically) an older male partner.

While that may sound cynical, Black Bullet actively makes fun of anybody who would be watching this as lolicon material. There were a few times where I thought the show was pandering a bit, but if you are worried about this one being creepy or anything, let me assure you that it isn’t.

What you are going to get here is a mix of action and politics, but neither are going to receive the proper amount of attention they deserve. Unfortunately, with only 13 episodes, it ends up feeling kind of rushed. That being said, the story you get is satisfying and wraps up the major plot threads while leaving room for more. Since this aired in 2014 it isn’t likely there will be more, but at least the product as is feels mostly complete.

The best part of this show is the relationships that, Rentarou, the main character, has with each of the cast members. While battling the first arc’s villain, who I fondly named, “Mr. Smiley” you can very easily see this. Later, when more characters are introduced the interactions become more nuanced.

While I’m on the subjects of positives, I really liked the OP and ED for Black Bullet. At times the OP reminded me of a Studio GoHands production but without going too crazy. The music was just very good, I’ll leave the OP below for ya.

One of the biggest negatives I found with the show was when Mr Smiley wasn’t around. It wasn’t like those episodes were all bad, a lot of them were still pretty good, but nothing really reached the same level of fun or intrigue as him. Thankfully, though the show would have you believe otherwise, he does come back for the series’ finally.

Another minor annoyance for me was that all the little girls are ten years old. Why? The Cursed Children were apparently all born the same year in this universe, which just makes no sense. This was an element that I felt needed some explaining. Likely this is because they don’t see combat until around that age, and the life expectancy for these girls is abysmal, but it isn’t actually made explicit the reason for this.

Some folks may be bothered by how badly the little girls are treated by many of the characters in the show. There really are a lot of positive ones outside of Rentarou’s relationship with the various girls. While nothing that extreme is ever actually shown on screen, they do refer to, and show the aftermath of some messed up events.

Black Bullet is far from groundbreaking or anything like that, but it is a good time if you are in the mood for it. There are enough interesting ideas to keep you engaged if you want to have a think about stuff, and is just silly enough to watch for some mindless fun otherwise. If you like loli stuff, then this is obviously a must.

I decided to give this a watch because VRV recently added HiDive after Funimation left them. If you’d like to watch the show subbed, you can do that on Crunchyroll still but otherwise you’ll need one of the other services listed above. Personally, I found the dub to be pretty good here.

What are your thoughts on Black Bullet? Was this show a pandering mess, or did it manage to surprise you a bit like it did for me? Let me hear your thoughts in the comments below. If you feel in the giving spirit and would like to help me out, you can do so by hitting my donation button below. As always, thank you very much for reading!