With Some Romance Too

Since VRV is losing Funimation titles this week I did all I could to watch some shows that would be leaving the platform. Most notably, ones I really wanted to watch like today’s anime of discussion, Hyouka. What drew me to this show was the striking visuals everybody always shared, the gifs, and the promise of this being a genuine mystery show (with some romance tossed in lightly). I can confidently say that Hyouka delivers.

The premise for this one is that Houtarou is just entering high school and he doesn’t really do much, his motto, “If I don’t have to I won’t, and if I do, I’ll do it as quickly as possible.” His goal is to conserve as much energy as possible. Upon entering high school his sister suggests he join the classic lit club because it is about to be shutdown due to lack of members. A room to himself? Sweet! There’s just one problem… a curious girl, Chitanda, keeps roping Houtarou into mystery after mystery. After all, she just has to know!

Trailer for your viewing pleasure

Hyouka is just as much about classic literature as my site is about cooking, meaning that it isn’t really discussed at all. Instead, the focus is on several arcs where Houtarou solves various mysteries. I’m so glad to report that these are ACTUAL mysteries because you can play along at home, and come to the same conclusions logically!

Perhaps this sounds obvious but a lot of, “mystery” anime are actually quite terrible at this. Most do not follow the rules and just present twists in order to surprise you. There just are not a lot of solid mystery anime which is really sad. Fortunately, Hyouka excels at this, even when the plots are more mundane.

The quality of the mysteries are akin to things you would see in Sherlock Holmes or Agatha Christie novels. Hyouka even mentions both, by name, here-and-there as points of reference. This is to say that the mysteries are never overly fancy, but they are offten clever. Traditional mystery has its place after all so it is nice to see that this is exactly that.

However, the big draw for most people is going to be the first few episodes where the series goes all out on the visuals. Remember Haruhi? Sharing the same director, it really shows here in Hyouka. When something needs to land, or a scene wants to convey specific emotions, it is nailed. 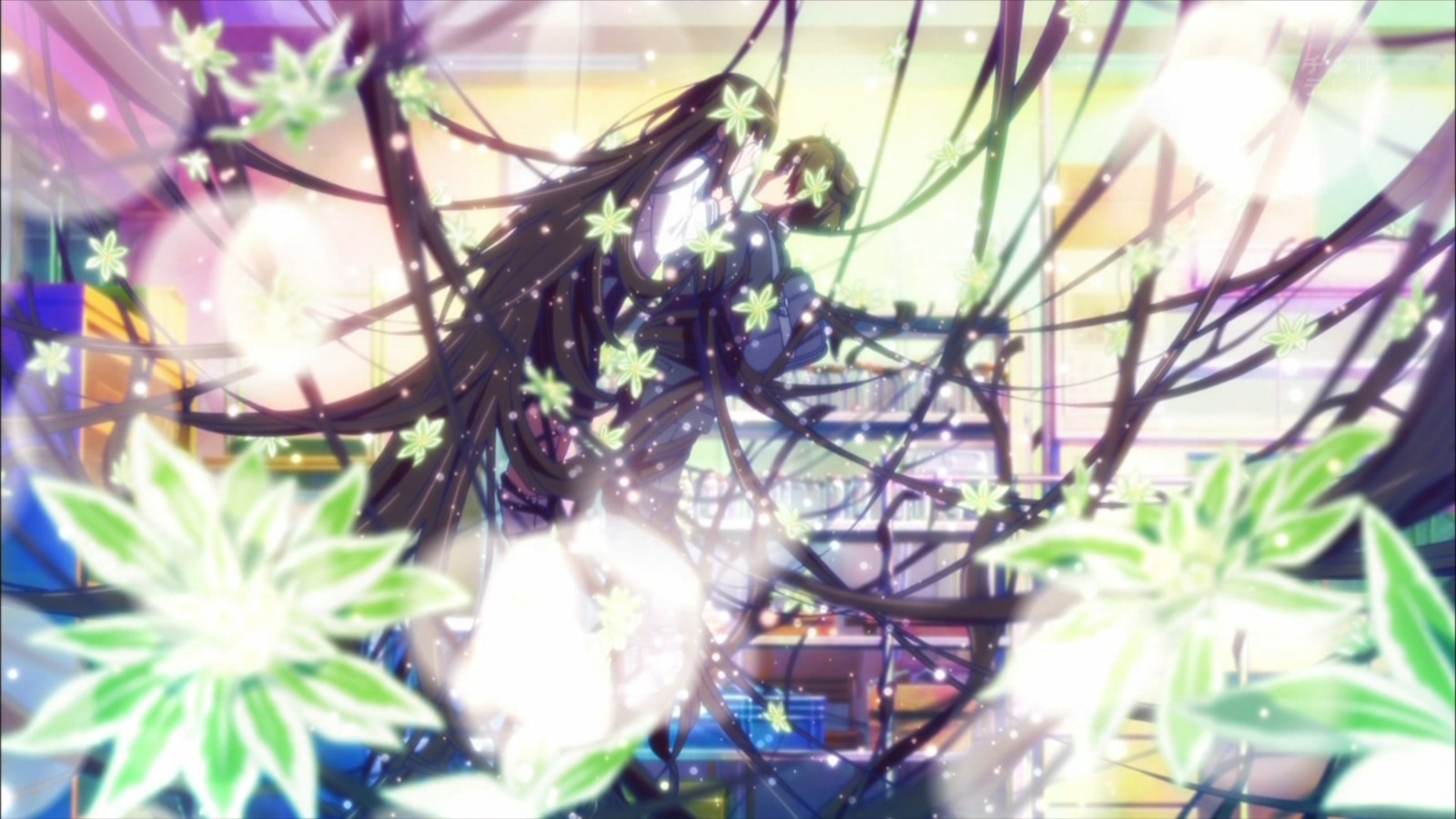 It’s pretty obvious at the start that Houtarou and Chitanda develop feelings for each other. The will-they-won’t-they of their relationship persists across the entire series. Though, this never receives the payoff it feels like it should. The final episode is a good one but it kind of leaves you feeling, “that’s it?” because of this.

Still, Hyouka has interesting ideas and is well worth the watch. If I view my abilities as mundane but others as amazing, am I gifted in some way? Should I have to pursue goals just because I have a talent? How do people change as time goes on? These are all questions explored in the show which are welcome additions to keep the interpersonal stories going alongside the mysteries.

It really felt like I would have more to say about this one when I sat down to write this but I guess today’s review is on the shorter side. Any way, I strongly recommend Hyouka. Certainly not perfect, but about as close as you can get for a traditional mystery series with a bit extra on the side.

What did you think of Hyouka? Were you riveted by the mysteries, caught up in the romance, or was this one unbelievably dull? Let me hear your voice in the comments below. If you would like to support my work, and I would greatly appreciate that, then please hit the button below to go to my donation page. Lastly, thank you so much for reading and I hope you have a fantastic day!