The Best Anime of the Summer 2018 Season

I’ve held off on reviewing Happy Sugar Life for some time now and some of you may have been wondering why I hadn’t reviewed it yet, especially since I reviewed everything else I watched during the summer already. That’s right, I knew it was a good fit for Halloween reviewing so I saved the best for last. Hitting the number two spot of my favorite anime so far, here’s why you should give Happy Sugar Life a watch.

Satou has longed to experience love. She has tried fooling around with more guys than you can count but she still remains empty. That is, until the day she happens upon the one person to fill up the proverbial jar in her soul. She’d do anything to protect that person. Lying, stealing, manipulating, and even killing. All for the sake of her love, a young girl named Shio. 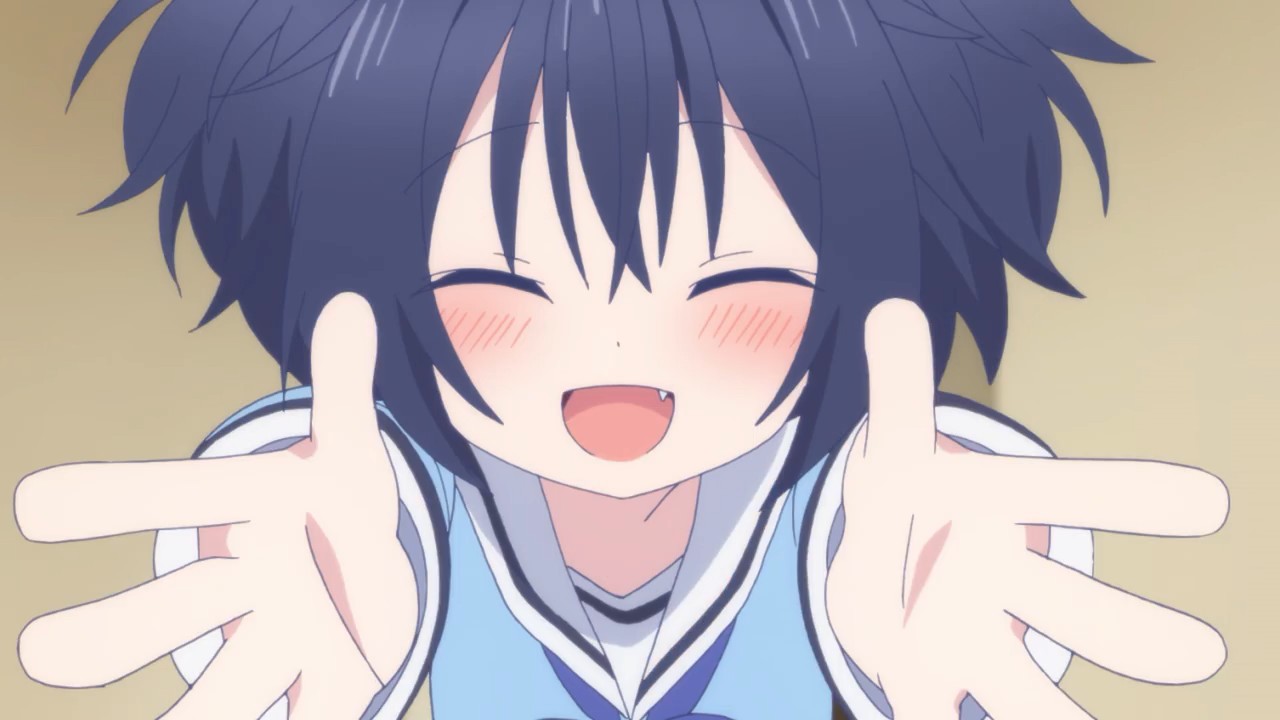 There is a lot of content that many would describe as disturbing in Happy Sugar Life. The series also tackles a lot of sensitive subjects such as rape, abuse, and pedophilia. You may be uncomfortable watching several of the scenes in this anime, and that’s totally understandable. While I don’t think this should stop you from watching the show, as exploring these ideas and themes in media is very important, if what you’ve heard so far puts you off, then this probably isn’t for you.

If you are still here, then let me explain the core idea behind Happy Sugar Life. Each character is an exploration into what it means to love someone. Satou is constantly calling everyone out for their perverted views on love while ironically falling for the same trap in her relationship with Shio. It isn’t until the end of the series that Satou actually learns what love actually is, and in turn, redeems her actions up until that point.

This isn’t to say that the series glorifies anything Satou does. In fact, she is just as vilified as the other characters seen throughout the series. Shio is the only character who is truly innocent here, but this shouldn’t really be surprising since she is a literal child.

Despite this, Happy Sugar Life will likely have you rooting for Satou and Shio. As you learn more and more about the circumstances that lead to Satou kidnapping Shio, the line between morality becomes less black and white. Perhaps that seems like a crazy thing to say, especially on a matter that seems so clear cut, but this is a clear testament to the quality of the show itself.

Among the show’s many memorable moments, there were a few that stuck out. Two times Happy Sugar Life managed to surprise me, which is no small feat, but I won’t be going into those as to avoid spoilers (pretty major events). As for ones I will discuss, it would be the portrayal of abuse as seen through the characters Asahi and Taiyou. Lastly, episode 8’s first half.

Starting with Asahi, who is Shio’s biological brother and in search of her throughout the series, he is likely the more relatable character. Having an abusive father, who is never named or properly shown. Instead he is always shown from the perspective of Asahi who views him as a swirling scribble monster that oozes malicious intent. Having grown up in a home with a person who was very much abusive, this portrayal is pretty accurate. Even for my friends who have never had that experience, they couldn’t help but feel that it was a powerful image that represented the idea of abuse. It was haunting in a way that is rarely captured in the animated medium.

Taiyou’s character is less realistic, as things go from zero to a hundred with him, but is still believable. After being sexually tortured by a female boss, he becomes terrified of women his age and older. This is to the point that he is barely functional. As it so happens, he sees the flyers posted for the missing Shio and becomes obsessed with her.

Believing that Shio is an angel, Taiyou becomes infatuated with the idea of having Shio all for himself. He things that Shio will be able to purify him and somehow move on with his life after experiencing the horrible trauma of being raped, kidnapped, and tortured. While things are exaggerated for the sake of the story, and in order to keep things at a reasonable momentum, the idea of what is happening here isn’t that far fetched.

Happy Sugar Life certainly states that Taiyou is wrong, but it also has you feeling a bit bad for him. Victims going on to become abusers is sadly common. This is something the series shows several times.

Episode 8’s first half is just a fantastic example of storytelling. This part of the episode is minimalistic. There is very little dialog and the whole things is one big PV shot. When the character this perspective is from speaks, it is just squiggly lines on the screen, emphasizing words were said, but without explicitly stating what those words were. It’s a great moment I don’t do justice. I suggest checking out this video done by ThePedanticRomantic which is below.

Point of video inclusion is at rougly 5:32 but the whole video is recommended as additional opinion

A brief mention of the animation quality is in order, as that is the weakest part of the series. There just isn’t a lot that needs to be animated, but the times where a point needs to be made, the creative freedoms are not limited by this. Episode 8 is an obvious example but you can see this throughout all of Happy Sugar Life’s run.

When it comes to music, the OP and ED were top-notch. I never skipped them and was even excited when I found the ending theme, “SWEET HURT” was available in full on Spotify. Speaking of the OP and ED, both provided excellent visuals. Even with the ED primarily being a, “walking” type animation, it was presented in a more unique way with added visual flare that elevated it.

While I wouldn’t necessarily classify Happy Sugar Life as a horror series, I can see why many people would. Regardless, it is an excellent watch for those looking to scratch that itch that is rarely left satisfied when it comes to anime. Sadly, the show is only available on Amazon though, which means a lot of folks may miss out on this one. Normally I drop the trailer below here, but this one is only in Japanese and kind of long so click here if you do want to watch it.

What are your thoughts on Happy Sugar Life and the exploration of uncomfortable topics in media? Let me hear your voice in the comments below. If you would like to support my work please hit the donation button below as I would greatly appreciate it. Lastly, thank you so much for reading!