So today was supposed to be the next Anime ABC’s entry for Psycho-Pass but I really wasn’t feeling up to writing the rest of it. Don’t worry though, it is coming and I think you will like the direction I took things. I just want to take my time on it and not rush completion for the sake of an arbitrary release date. Additionally, I have a nifty surprise for the next round so look forward to that. You didn’t come here to hear about that though! No, you want to know what anime I’ll be watching this season and hear my quick thoughts on each as well. 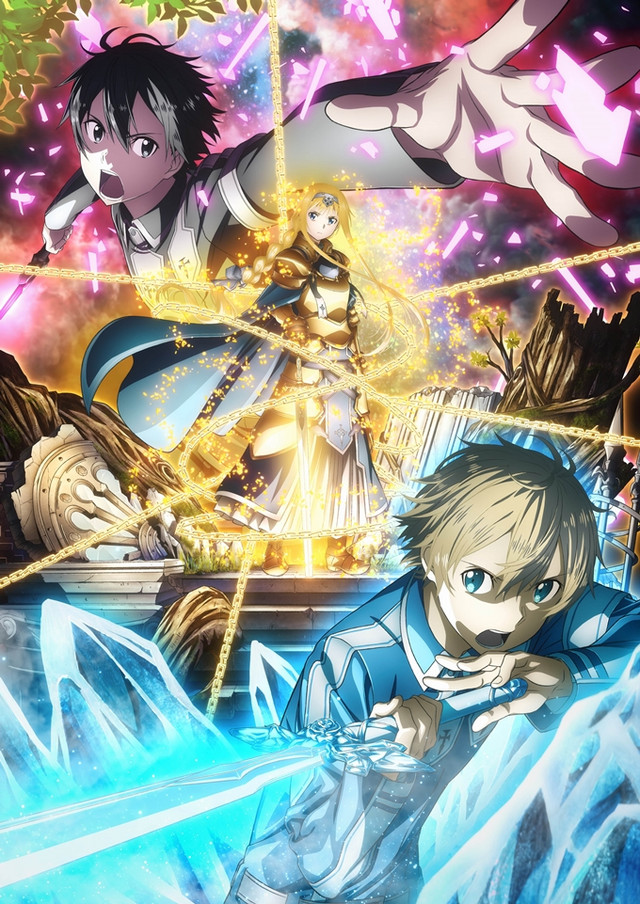 I like SAO so this one is kind of obvious if you knew that. A lot of folks are having pretty unoriginal and disingenuous reactions like, “Whoa, this series is actually good?!?!” but that isn’t what you’ll be hearing from me. I watched the first episode, which is nearly an hour long, and while I enjoyed it, there were problems.

My biggest gripe was that things were just kind of confusing for too long. Child Kirito really throws me off, even though I know that is clearly a game, but that is just the start of issues. Even with my knowledge from the Ordinal Scale film, which acts as a (loose) bridge to this season I still felt a bit too in the dark about stuff. Not to mention that part way through the child world, we jump to GGO stuff with almost no context as to why. It isn’t until the scene in the bar that things start getting explained but by that point the episode is nearly over. This kind of felt like a weak, albeit enjoyable, start to what I’m sure is going to be an exciting year-long run for this latest installment of SAO. Not sure if I’ll watch this one weekly but I will be watching it for sure.

Everybody is freaking out again about what kind of content people can enjoy. There’s another moral panic. Blah, blah, blah. Really my problems all had to do with pacing and framing. If you follow me on Twitter (@JS_Reviews) then you’ve probably seen the extensive conversations I’ve had about it with various members of the community. For those who may have missed that let me offer a quick summary.

In short the goblins in the world of Goblin Slayer are stated as being easy to kill. The Guild Master character is obviously sketched out when this newbie group goes to take them on but doesn’t really try to stop/warn them in any way. Then the killing and raping begins but I don’t know the characters at all, the way it is framed comes off as comical rather than horrific (though it is still horrific and gross), and ultimately I just didn’t really care. It doesn’t help that titular Goblin Slayer is the only standard for goblin killing we’ve seen so some context just isn’t being communicated.

This is a problem with the adaption and not the source. I have it on good authority from several LN readers that almost all of these problems are addressed therein and the pacing is better. That’s great, I just wish they would have taken the extra time to establish a few things in the anime. Most of the things that would have fixed this episode would not have even impacted the runtime but would have greatly improved the general reception of this anime.

I’ll be keeping this one in the hopes that it recovers some and delivers later. These kinds of anime tend to stumble more often than not at the start only to turn around later in their run. Not really an excuse for the faults it currently has, but it would be foolish to dismiss this just based off of the first episode which was still somewhat decent.

Rascal Does Not Dream of Bunny Girl Senpai

Out of all the seasonal shows, Bunny Senpai is one that I’m most interested in. The main character reminds me a lot of Kyon from Haruhi, which is a take I haven’t seen at all. Most people equate this to Monogatari but I don’t see that at all. I guess because there is a girl with an animal motif and some psychological hangups? Eh, whatever.

I enjoyed the writing and the supernatural workings of the story have me intrigued. This is one that I’ll eagerly be awaiting a new episode for each week even if it turns out to not be so great later, just for the dialog alone.

Idols but they sing death metal music and are also zombies. Ok.

Not gonna lie, this first episode was really funny and my primary reason for watching it has to do with voice actor Miyano, Mamoru who you might recognize as Okabe from Steins;Gate. While I admittedly prefer the dub for Steins;Gate I can’t say that Miyano’s performance was anything less than stellar. He brings a lot of energy to the show and for that reason alone I’ll watch this.

Eh it was ok. I got a bit interested at the very end of the episode when the pirate guy showed up and they were gonna fight the egg thing. Radiant just had too slow a start and didn’t do enough to feel unique with this first episode. I am going to keep it though but it may not be a consistent weekly watch like some others here. Also the monster reminded me of the dopey Cedar pollen from Cells at Work mixed with No Face from Spirited Away.

Run with the Wind

I’m not sure on this one. It’s about running and seems a bit interesting. The first episode didn’t exactly grab me though. However, this has writing ties to The Great Passage which was amazing and criminally underwatched because it was on Amazon only and had to do with making dictionaries. I don’t really drop shows but I give most things a 2-4 episode sampling before officially keeping them (based on length) so I guess time will tell for me on this one.

I didn’t actually watch this one yet but I’m going to because it has ties to Tiger & Bunny. I was waiting for simuldub but I didn’t realize that this already has several episodes released. Regardless, auto keep even if it turns out to be garbage (though I obviously hope it doesn’t).

This one hasn’t started yet but the game is good. It’s about people who make, “Star Children” through the power of hand-holding! Jokes aside, I’m going to check out at least an episode of this but I may not actually watch it. We’ll see. I did want to include it on the list though because I have it on my list of stuff to check out. 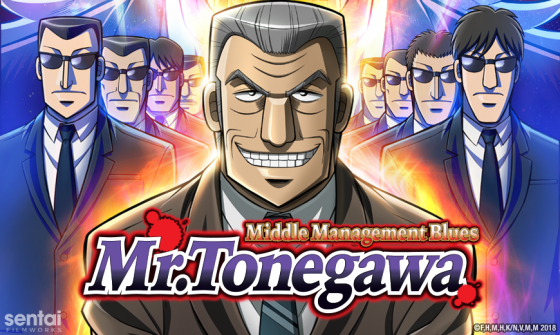 Moving onto continuations, I’ll be keeping Tonegawa since I’m already half-way. It’s been pretty hit-or-miss but I sat through all of Kaiji so I kind of feel obligated to watch this. I don’t hate it though so that’s good at least.

Good news, this isn’t just going to be available in Japan like it sounded. Crunchy actually does have the rights to the final four episodes. I didn’t realize this at first but I’m glad to know that I can watch the rest of it. I wasn’t crazy about this one, as seen in my first review, but I do want to finish it out. Episode 13 was alright so maybe this will have a fun conclusion at least.

That does it for today folks. What are you watching this season and do you agree with my quick thoughts here? Let me hear your voice in the comments! If you like the work I’m doing here at the site please hit my donation button below, I would really appreciate that. Lastly, thank you so much for taking the time to stop by and read today!