Recently I decided to fiddle around with the newly released English version of SRPG Studio that launched on Steam. For those unfamiliar, it is the engine used to make games akin to Fire Emblem, meaning you can make tactics based RPG’s with it. Even the creator of Fire Emblem, ‎Shouzou Kaga uses the software for doujin games. I made a full concept demo using just the free demo version in under 24 hours. Let’s dive into that experience and review the software some.

At first the program is overwhelming and daunting. There is a lot of content, even in the demo! In fact, the only big differences between the demo and the full version are the following features:

Other than that, from what I can tell at least, there really aren’t any other limits or restrictions. You could realistically make a decent game with what is just here as is. 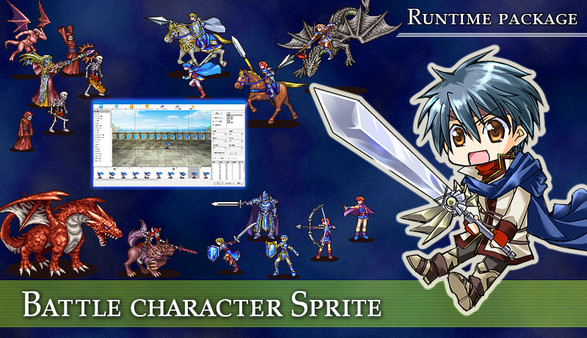 SRPG Studio boasts that you do not need any coding experience to make a game from start to finish and I am happy to report that is true! I was able to do everything using the tools provided in the software itself no problem. There were times where it was a bit confusing exactly how I was supposed to do stuff, but it was largely pretty intuitive.

What helped make things easy was loading the freely provided example game files included with the demo and full version. There you get to both play through a short pre-made game and see how it was all put together behind the scenes. Using that as a guide, I was able to do everything I wanted with the software. 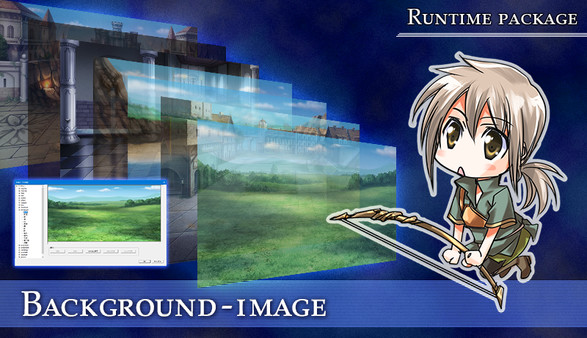 Occasionally I got stuck and went to the internet for certain processes. However, I discovered pretty quickly that there just aren’t many resources for SRPG Studio out there. This is primarily because it was just recently translated and released outside of Japan. Compared to programs like RPG Maker, you’ll have to figure things out mostly on your own right now.

Still I did find some great resources: 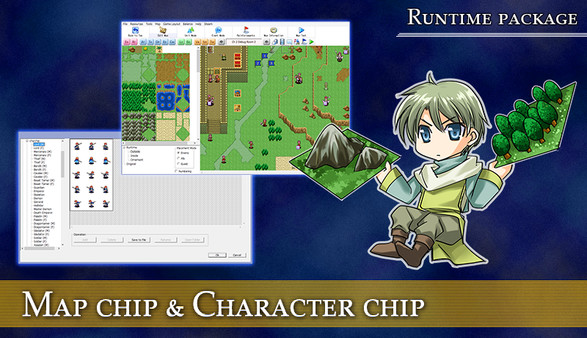 What SRPG Studio is not good for is making anything that isn’t a turn-based game. If you want to make something else RPG Maker will be better. That said, with the Javascript capabilities, if you know some coding you can really expand the engine to do more. However, even if you don’t, the base tools allow for a lot of creativity and such.

After messing around with stuff for about an hour I was able to make a short game! It was pretty fun to do. It has the following features:

It isn’t that long or that amazing but it proves that you can make something with relative ease using SRPG Studio. Not only that, but I did everything in just the demo version. My game takes anywhere from five minutes to an hour to complete. The premise of this concept game is that you take control of the hero Justicar (names are all based on my D&D group or random stuff laying around, so placeholder) who is tasked with clearing a bandit encampment in East Erantel. He’s joined by his trusted ally and long-time friend, Aleria for this task. Things may not exactly go as planned though…

If you want to try it out, shoot me an email at:  jonspencerreviews@gmail.com

I was generously given a full copy of SRPG Studio so I will likely continue developing this game. If you request the game from me, I am able to create patches to fix issues. I’ve already found a few silly mistakes I made in V1.1 which some readers have already requested and played from me that I’ve since fixed.

Depending on how this goes I’ll either do updates here on the site regarding this or maybe make a separate WordPress? Let me know your thoughts on that below. Also, have you ever used any game creation software? Tell me all about that in the comments too! If you’d like to support my work hit the button below to donate a few bucks to me. Lastly, thanks for reading and I hope to see you back here at Jon Spencer Reviews again soon!