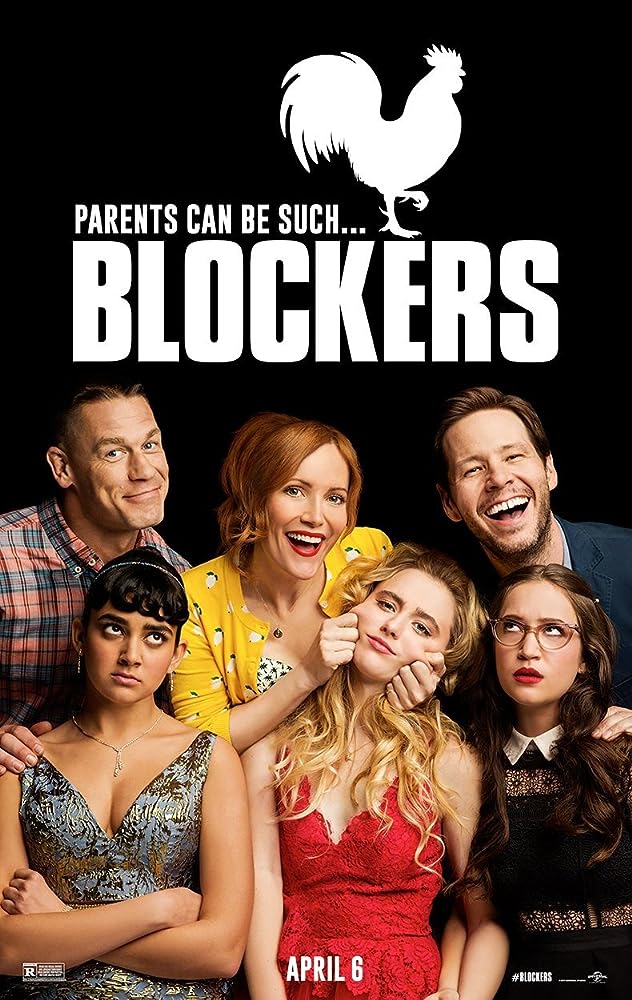 It is easy to describe ‘Blockers’ as ‘American Pie’ meets ‘Neighbors’; not only was it produced by Seth Rogen and Evan Goldberg of ‘Neighbors’, but its concept is very similar to ‘American Pie’; teens want to lose their virginity on prom night. The only twist? It is from the perspective of some worried parents desperate to stop the fun and debauchery from happening. What follows is some hilarity, and a surprisingly heartfelt look at accepting your kids as they grow up.

I enjoyed ‘Blockers’ as far as comedies go. It could be described as a somewhat raunchy riot. Most audiences will have a blast with this movie, especially if they enjoyed ‘Neighbors’. I will say that this was more enjoyable than the prior film. Almost all of the jokes hit the right spot. I could even say that parents of teenagers will relate to the characters portrayed by John Cena, Leslie Mann, and Ike Barinholtz. All of them can be overprotective, but each of the three parents has something for everyone; Cena’s Mitchell is not fond of his daughter, Kayla’s (Geraldine Viswanathan) prom date (Miles Robbins) to the point of getting in a rage whenever he thinks of them together, but he is out of touch when it comes to texting and emojis; Mann’s Lisa is afraid of her daughter, Julie (Kathryn Newton) growing up too soon and does not want her to make any stupid decisions to threaten her future; while Barinholtz’s Hunter is a deadbeat dad trying to become a part of his daughter, Sam’s (Gideon Adlon) life as she is already going through some problems of her own. The insecurities between both the parents and their daughters add to its heart and chemistry, making the result rewarding.

I recommend ‘Blockers to anyone looking for a night of raunchy fun as well as an ingestion of heart.