It’s Actually a Defensive Move but… 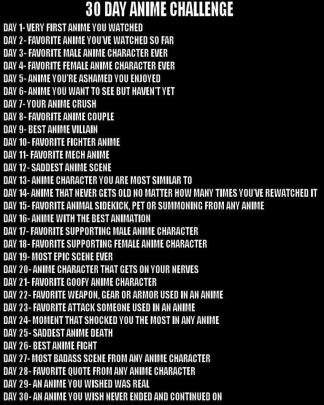 Here’s the schedule should you need it. Today’s question is kind of a goofy one but it is fun. I featured this one awhile back C-Control, an anime about economics and battles, which will be the focus for today’s entry. While the show itself kind of blows everything in the end, it was a pretty interesting concept. The most interesting of which being that all the attacks were named after real life economic theories or principals.

Watching this anime while taking an economics course was kind of weird. The anime would inspire me to look a lot of things up while watching and I learned a lot more by doing this than I actually did in the class. If anybody ever tells you anime can’t teach you anything you are welcome to point to this example of C-Control.

While there are a lot of interesting attacks named in the show itself, I’ll actually be looking at a defensive move known as the “Pac-Man defense.” It has a really funny sounding name that in the anime did some anime nonsense during a battle, but what is that in real life?

For that let’s turn to Investopedia, a website that you can use to learn a lot about investment and economic terms, theories, and implementations. According to the entry on the Pac-Man defense it is:

The Pac-Man defense is a defensive tactic used by a targeted firm in a hostile takeover situation. In a Pac-Man defense, the target firm then tries to acquire the company that has made the hostile takeover attempt. In an attempt to scare off the would-be acquirers, the takeover target may use any method to acquire the other company, including dipping into its war chest for cash to buy a majority stake in the other company.

That may not mean much to you so let me rephrase it into layman terms. The concept can easily be explained by imaging a game of Pac-Man (funny how that works huh?) like the name suggests. In Pac-Man the ghosts are normally bad and you can’t touch them, however, if you eat the big pellet thing you can then turn around and eat the ghosts. This defense is very similar in that way.

With this defense a company, aka the ghosts in our analogy, want to gain control of a target business. The target business is Pac-Man and does not want the ghosts to catch them. They then begin to flip the scenario on the ghosts by trying to gain control over their company by using any and all resources at hand. In the game that’s the pellet but in real life that could be emergency funds, assets, ect… The goal of this strategy isn’t to actually take over the originally hostile company (ghosts) but get them to run away instead, kind of like how the average player uses the pellet in Pac-Man.

I bet you learned something new today!

Let me know what your favorite attack that was used in an anime was and if you enjoyed this little lesson on economics in the comments below. If you would like to support the site please visit my Ko-fi page. Oh my! Tomorrow I will be discussion a most shocking moment in anime. What moment could have surprised me the most? You’ll just have to stop by again to find out! Thanks for reading!