My Favorite Armor, Weapon, or Equipment in Anime

As per the norm, here’s the schedule. These weird questions always give me the most trouble. I mean, who sits and actively thinks about this stuff on the regular? I’m sure way more than I think but I certainly do not. For me, this question makes me immediately think of sentient things which could overlap with some of the other questions. Ug, I’m just over thinking it! Ok, eenie, meenie, miney, that one.

Well, really the first thing to come to mind for this one was Alphonse in Fullmetal Alchemist:  Brotherhood. Major cheating, I know! Still, I’m going to pick him because he is pretty cool. Not only that but it fits the extraordinarily vague nature of the question. Lastly, I have some how not talked about FMA:  Brotherhood yet so here’s an excuse!

I don’t think that anybody would be surprised to hear that I think this anime is well put together. From the story, setting, and characters, there is a lot of appeal that harkened back to Avatar when I was growing up. Since I got into anime a bit later than some of you may have, it was really cool to see something similar to something I already liked but still its own unique beast. Added to this the fact that FMA:  Brotherhood also felt mature while tackling some different subject matter than Avatar did. 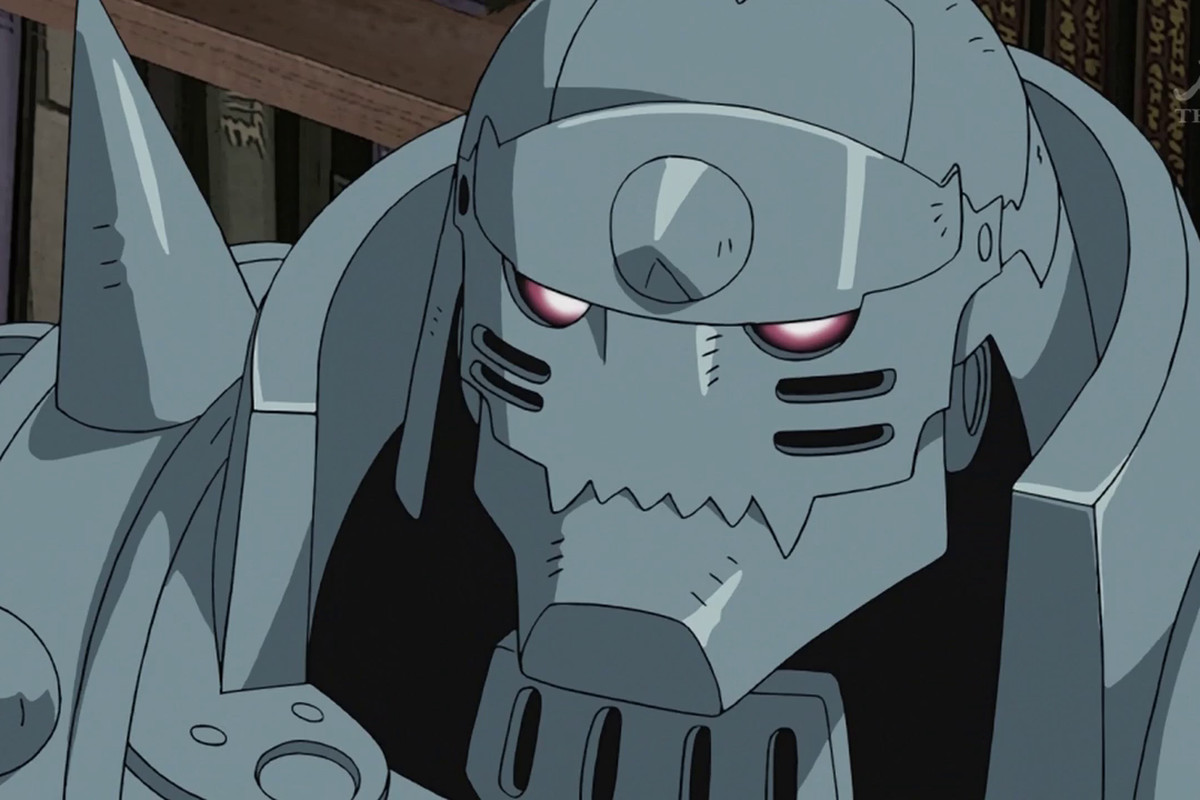 One of the biggest concept ideas that I though was so cool in this anime was Alphonse. He is a sentient suit of armor but he didn’t start off that way. The goal of trying to restore his body was a great plot hook that developed into a vast political drama with lots of twists and turns along the way. While he does often get overshadowed by his brother Ed, Alphonse still is afforded several moments to shine in the series, even taking center stage at times.

So there you have it! I know it might not have been exactly what this question intended of me but… it’s my list. Let me know what you think of my pick and what you would have said here in the comments below. If you’d like to support the work I do here you can head on over to my Ko-fi page for some more info. Tomorrow I’ll be doing something a lot more straightforward, my favorite attack used in an anime. As always, thanks for reading!