*Cackles Manically* It is I, Skeletor!

Whoops, I was supposed to pick an anime. In case you forgot, here’s a quick reminder of the schedule and what’s already been done so far. For day 9 I’ll be talking about my favorite anime villain. I had to put a lot of thought into this day so I hope you find my final decision to be a good one!

My gut instinct was to talk about several anti-heroes, but those aren’t exactly villains. So I took a long, hard look at all of the anime I’ve seen before ultimately settling on Makishima from Psycho-Pass. I know this isn’t the most original or interesting pick but there just aren’t a lot of truly great anime villains out there for shows I’ve seen. Either I find them to be too much like anti-heroes or they come off as cartoonish in their evil-ness. However, this is not the case for Makishima.

Making for a great counterpart to Kougami, Makishima has great depth and is a formidable antagonistic force. Not only that, but he is a villain that can be understood and related to. Given the society that Psycho-Pass is set in, the reason why Makishima behaves the way he does makes sense. I’d go as far as to say it isn’t even necessarily “wrong” for him to desire the sort of changes he aspires to within that system. 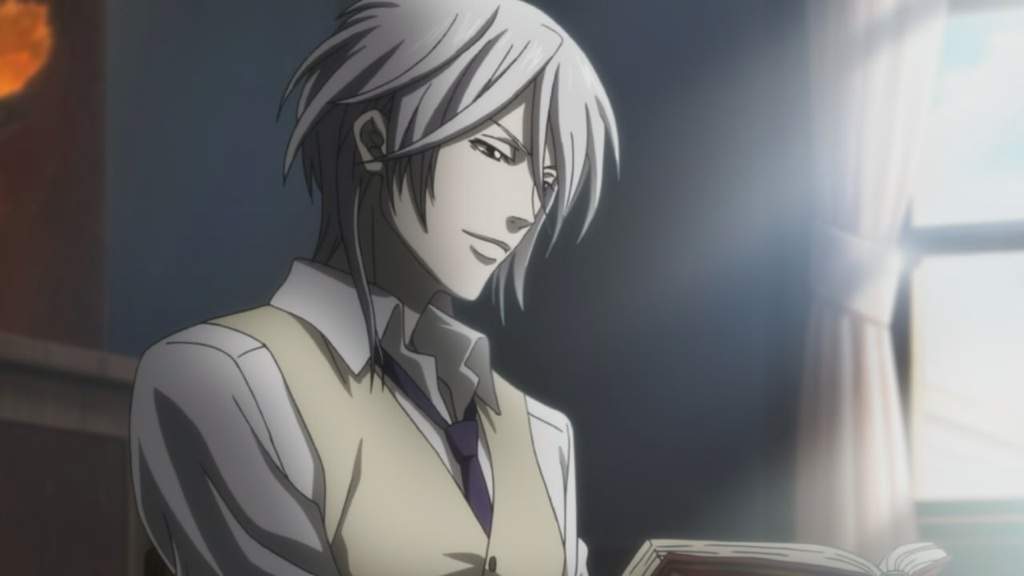 In the end, Makishima is a twisted individual though. I’m not sitting there rooting for him to win or anything. He did some pretty messed up stuff all to prove a point. This is what allow him to sit comfortably in the villain category for me instead of jumping the line to anti-hero. I appreciate that the character is allowed to be cunning, intelligent, but not perfect. He makes mistakes and could be perceived as realistic.

So I’ll turn things over to you now. Who would you choose as the best anime villain? Let me know your pick and what you think of mine in the comments below. Join me once again tomorrow as I discuss my “favorite fighter anime,” which I’m going to interpret as an any anime with a TOURNAMENT ARC(™) in it. If you like what I’m doing here please consider offering me some monetary support by checking out my Ko-fi. As always, thanks for reading!