Chess has a Deep History

A game that has existed for some time now, chess, is a game that many of us are familiar with. It’s a game that evokes intelligence, strategy, cunning, and something that a lot of people just don’t have any interest in frankly. Despite how much I enjoy the game, it is something I’m pretty willing to admit about chess. With any game like this, you are bound to see variations across different cultures and evolutions as time goes by. Today I’ll be looking at one such game:  Onitama. Don’t worry though, this is one game you’ll want to play!

Chess From a Historical Perspective 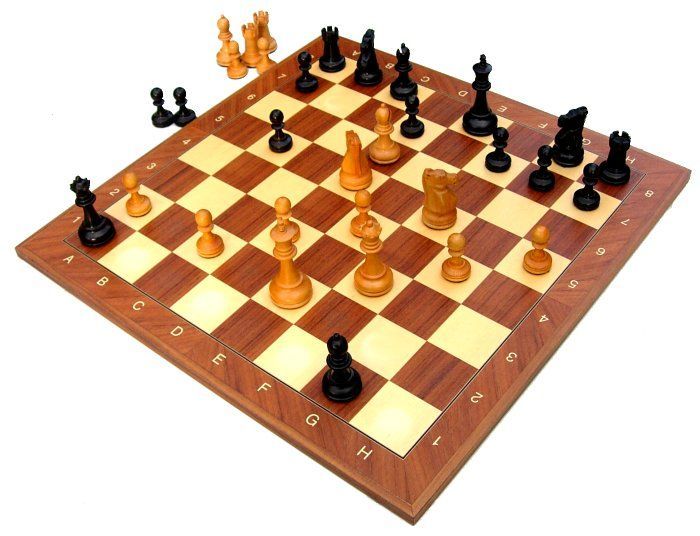 Chess is thought to originate in India but there is some debate that it could have originated in China over 1,000 years ago. While some may consider it a relatively niche game, it’s popularity is actually quite large. “A 2012 survey found that ‘chess players now make up one of the largest communities in the world: 605 million adults play chess regularly’. Chess is played at least once a year by 12% of British people, 15% of Americans, 23% of Germans, 43% of Russians, and 70% of Indian people (source).”

Traditionally, chess is played on an 8×8 gird of squares with a variety of units with different move sets. Of the units, there are six unique types:  pawns, rooks, knights, bishops, the queen, and the king. This allows for a lot of variety in strategy and play between the two opposing players. While none of this is all that complex as individual components, it is a game that requires years to really master and a fair time to play each game.

In contrast, China and Japan have fairly different versions of the game. This will actually be more relevant to the game I am talking about today, Onitama. We’ll take a brief look at Shogi before focusing on Xiangqi which more closely resembles Onitama. 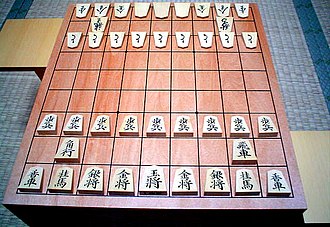 Japanese chess, or Shogi, is something that some of you may already have some familiarity with. Seeing that I cover a wide variety of topics, including anime, you may recognize the game from March Comes in Like a Lion. Unlike traditional chess, the game is played on a 9×9 grid, captured pieces may re-enter play, and units can be promoted in order to gain new abilities.

This version of chess was developed pretty much alongside traditional chess. It actually did not originate in Japan, but instead traveled from India, to China, then Korea, before actually reaching Japan (source). Shogi is considerably more complex than traditional chess due to the larger board area and additional rules that must be taken into consideration. It’s a game that I have found to be really fun to play but one that I am not very good at. If you’d like to learn more about it, you can do so here.

Rather than increase the complexity with a larger play space and additional rules, there was also Xiangqi, or Chinese chess. The game obviously draws inspiration from a different game GO, one of the first indicators of this is that the pieces are played on the intersecting points of the board instead of the squares. The board itself is also divided differently with a section known as “The River.” You can learn more about the game here. 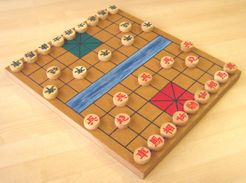 Xiangqi has fewer pieces than traditional chess with more restrictive movement. While still being a game that is difficult to master, this is actually the easiest version of chess to learn. Like Shogi, I have experience playing this as well. Not my personal preference of the historical chess variations discussed here, it’s a game I do not regret learning.

How to Play Onitama

As I mentioned, Onitama is a game that clearly draws inspiration from Eastern chess variations. When I first discovered the game I found it felt a lot like playing Xiangqi but was both an easier game to learn and one that was more fun to play. Below is a video from the folks at Watch it Played that explains how to play Onitama. Those guys are really fantastic and I appreciate them allowing me to use their videos here at the site, be sure to check them out some more if you aren’t already following them.

As you can see there are some immediate differences between this and the historical chess games I discussed earlier. The board is small and the utilization of movement cards means that each game feels different while requiring a different approach based on what resources are available to you.

When playing Onitama, you will want to focus on what movement cards are in play. This will dictate what strategy you need to use in order to achieve victory. Since there are two avenues to victory, you can be clever in how you go about things. This allows for the same amount of depth provided by traditional chess, but in a far less complex way.

Each movement card is very easy to read and color coded in a way that it is obvious how pieces may move regardless of how they oriented. Since each game only uses a few movement cards, there is room for a lot of variety in play between each game. This is especially true if you happen to have the expansion which adds more cards.

Additionally, the game board’s smaller size means that games are relatively fast. While other chess games may take upwards of several hours, a game of Onitama can be completed in under twenty minutes. Between the faster games and easy to learn rules, this makes Onitama a game that is easy to take out when needing a game for two.

Other Thoughts on Onitama

While I do think that Onitama is a great game and one that is a must for people who want a great two player game, there are some issues. The game itself is rather simple, and for folks like me, this can be a drawback. I tend to enjoy a slightly more cerebral experience that challenges me when it comes to a game that feels like chess. However, I can appreciate the fact that Onitama can create situations that do satisfy this but it is very dependent on your opponent.

On top of this, despite the card variety for movement, several of the cards are just mirrors of each other. This means that games may be different, but they do not always feel that different after multiple plays. Making for both a positive and a minus, on the plus side this means that learning what strategy works with what cards is easier. Conversely, this can make the game feel a bit dull if you play it a lot like I have. The expansion fixes this some, so I would consider picking that up at the same time as the base game.

In terms of packaging and presentation, Onitama is fantastic! The game comes in a box that looks great but can be easily traveled with. If you want to take it out of the box, that’s easy too. The board mat rolls up easily and the remaining pieces can all fit into a Ziploc bag no problem.

Speaking of the pieces, they are of a nice quality. Despite being solid colors, they look interesting. They also feel good in the hands too with just enough weight, which is something plastic pieces usually don’t deliver on. The cards of not the highest quality, but they are fine for what they are.

Lastly, Onitama did remind me of a game that had come before it known as The Duke. If you are looking for something that went more for the Shogi route in modern day chess evolutions, you may want to check it out. It is far more complex and plays with the unique movement mechanics while offering a unit building experience. Personally, The Duke is not a game I enjoy but is another avenue to pursue if you want something similar to Onitama with more complexity.

You can find Onitama (and its expansion) online at most retailers. I recommend Coolstuff personally, here’s a link to the game and expansion there. The game is fairly cheap at just over $21 or about $30 altogether with the expansion. Price wise, this is very fair since the component quality is pretty high. The expansion is a bit expensive due to how it is packaged, you’ll likely just throw away the box (despite the lovely art), which is my only complaint for price.

What are your thoughts on games inspired by chess like Onitama? What ones have you played and which would you recommend? Let me know in the comments below. This article is dedicated to Sam C. If you enjoyed this article and would like to lend your support to myself and those who contribute here at Jon Spencer Reviews like he did, you can do so by becoming a patron of mine. For full details, just click the button below. Thanks for reading and I hope to see you back here again real soon!