Kekkai Sensen is Back! 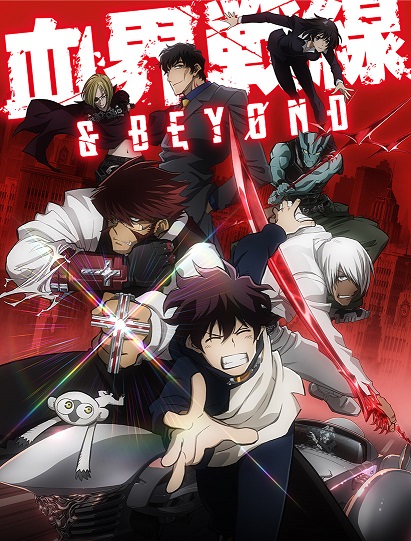 Season two of Blood Blockade Battle Front, or Kekkai Sensen, is something that I was super excited for back when season one finished up. It took awhile, but it did finally come! My initial thoughts on this season (which you can read here) were fairly mixed, but it did manage to pull together in the end. Here’s my take on BBB season two.

This season picks up pretty much exactly where season one left off. Don’t worry if you can’t remember much from season one, it really won’t effect your enjoyment. In fact, you could probably watch this without having even seen any of season one and just reading a quick plot synopsis. There are a few points you may be fuzzy on if you did that, but I don’t think the viewing experience would be all that bad. 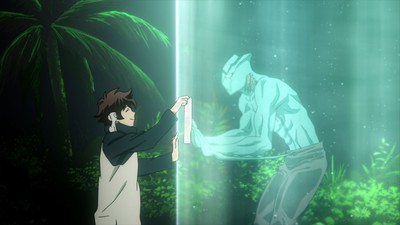 Here is my main problem with the show. A lot of it felt pretty loose. Don’t get me wrong, I enjoyed spending time with this colorful cast of oddballs again, but at the same time I was always waiting for a bigger picture to come into focus. The final two episodes do manage this, and in a way that (mostly) made up for this, but if that’s what you are looking for in BBB & Beyond, then you are likely going to be disappointed.

Putting that aside, everything about the show is really fun. Outside of the first few episodes, which I was fairly tired for but also just didn’t get me too interested, there was a lot of creativity on display for exploring the various cast members and the city itself. Hellsalem’s Lot is a mixing pot that really isn’t any different than modern day New York, well except for all the freaky sci-fi stuff of course.

This exploration of both its characters and the city itself is what kept me coming back each week. Even with a few weaker episodes, I felt compelled to keep learning about this place and its inhabitants. It’s not every day that a setting breathes so much life into an anime like this. Supporting the vibrant locations is the extraordinarily diverse cast which is one powerhouse combination.

I really don’t have a whole lot to say beyond this. The second season reminded me of bits and pieces of season one (the best bits), the animation was often great, music was on point (though not as amazing as season one), and I had a fairly good time. The final two episodes pulled everything together from both seasons in such a way that I was very pleased with as well. Not the best show of the season but it was certainly a solid entry.

Did you watch Blood Blockade Battlefront & Beyond? Let me know your thoughts on the series down below. If you enjoyed this article and would like to support the creation of more stuff like it from either myself or my contributors, consider becoming a patron of mine. The money helps keep me and the site going, so I’d really appreciate it. Just click the button below for more information. As always, thanks for reading and I can’t wait to see you back here at Jon Spencer Reviews!