Well Sort of at Least

After greatly enjoying Doki Doki Literature Club, I was quickly recommended to check out the game that I’m looking at today:  OneShot. Made with RPGMaker, and clearly a lot of love, OneShot is a metanarrative experience that attempts to twist what you may expect with a game like this. Did OneShot live up to the hype or did it fail to deliver? Let’s dive in and find out!

First, I would like to mention that the game looks good. The sprites look great and the set pieces are generally well put together. Story wise, it wasn’t anything too special for me personally. This is a game I would loved to have played with an older child, or in some cases a younger teen. As it were, I played through this alone though and couldn’t help but feel bored during the experience. You play as a God of this game guiding the, “not a cat,” cat character around in a dying world they suddenly woke up in. That’s right folks, this is an isekai story! There you must solve puzzles both in game and out in order to progress and ultimately save the world by plugging the sun back in.

The other notable aspect of the game would be it’s music. It’s great… when you can hear it. Most of the time it just didn’t work. That really hurts the experience, playing this devoid of sound that is obviously meant to compliment the visuals. This may have been a problem that effected me, but it may be an issue for others so be sure to keep it in mind.

There are great lessons here about death and there are some cool concepts regarding some of the puzzles, but everything was stuff I had seen before. As somebody who consumes a lot of media, I’ve seen stories like this done better and when it comes to games the concept of the metanarrative wasn’t at all groundbreaking here. It almost feels like “baby’s first,” which is a bit exaggerated but I thought that a few times any how.

If this would have been one of the first games in this vein that I would have played I might have liked it. Even if I were just younger, the narrative and mechanics would have impressed me far more. Maybe I’m just jaded? For these reasons, that’s why I would recommend playing this with your kid. You can help them navigate the puzzles and themes and still have a good time that way. 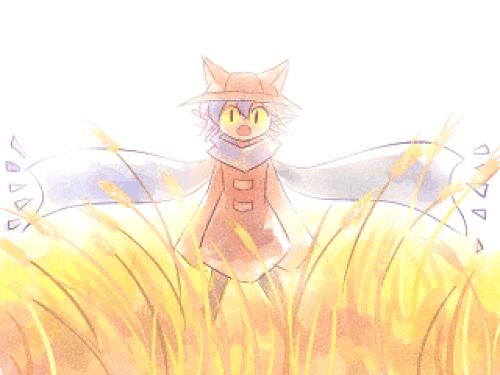 The first time through the game is laughably easy and mildly interesting. Mild spoilers, but it isn’t until your second time through that the real game and story begins to unfold. You get glimpses in the first run but run two is really where the meat of the story is at. Unfortunately, it comes at a hit to the puzzles. While I found some annoying in the first half, at least some were a little creative. In the second half there are barely any puzzles.

Speaking of the second half, it is boring as sin. I didn’t connect with any of the characters the way I was obviously meant to so there was no real payoff emotionally. Taking away the puzzles, there was a lack of intellectual payout too. Really, it just felt like an obligation to me. At first I was excited since I thought, “Ah, this is the real game here” but as I soon found out that really wasn’t true.

As you can see, my thoughts are pretty mixed. I think the developer, Little Cat Feet, poured a lot of love and attention into this game but it was nowhere near the level of Doki Doki Literature Club for me at least. If you do want to try the game out, definitely pick it up during a sale and try to go in as blindly as possible since spoilers will pretty much ruin the entire experience (the small amount in this article shouldn’t be a big deal though). You can find the game on Steam for $9.99 at the original price or your regional equivalent.

Have you played OneShot? Let me know your thoughts on the game in the comments below. If you know other games like DDLC that I should consider checking out, feel free to leave a recommendation below as well. Did you enjoy this review? Consider becoming a Patreon supporter of mine. Every bit goes back into the blog and to support my other content contributors. For full details just click the button below. Thanks again for reading and I hope you’ll stop by here at Jon Spencer Reviews again soon!

One thought on “OneShot – You Only Get One”