Not Your Ordinary Pet Shop

Pet Shop of Horrors is a four episode anime adaptation of the manga of the same title. Albeit a loose adaptation, but that was probably for the better. It aired back in 1999 and was animated by Madhouse. You know what they say, you can find anything in the back alleys of Chinatown, and Count D’s pet shop is no exception. You can find a rabbit that looks just like your recently deceased daughter, a beautiful mermaid, and so much more. Be warned, the contract must be followed exactly. After all, everything has a price.

I’ve got to admit that I was pretty excited to finally watch this. I’ve owned Pet Shop of Horrors for about a year now ever since Sentai licensed and released it here stateside. There is a certain draw that the anime has that is very reminiscent of the Twilight Zone television series. Bolster it up with a homicide detective looking into the strange happenings, and you’ve got the perfect storm of things I’m interested in.

With only four episodes, Pet Shop of Horrors opts for variety in its stories rather than a real cohesive arc. While there are references to the previous episodes, this one is more episodic than anything. This works in favor of the show, and I am only disappointed by the fact that there are so few episodes. I would have happily watched a 12 or even 24 episode series of this.

Since there are only the four episodes, let’s just walk through each one a bit and I’ll provide my thoughts. Starting with episodes one, perhaps the most well-known of the series, is the story about two parents that purchase a rabbit. It just so happens that the rabbit looks exactly like their dead daughter.

In this episode a few things are established. Count D runs the pet shop, Leon is a homicide investigator who is suspicious of the pet shop, and you can get just about anything you could ever want from the pet shop, even normal animals.

This married couple comes in to buy a pet in order to help them move through the grief of losing their young daughter. Count D offers them the aforementioned magical rabbit and they naturally want it. They are given three very important rules that must be followed according to a contract. Otherwise, the pet shop can’t be held responsible for anything that could happen.

Pretty easy rules to follow. You guessed it though, they don’t listen. The rabbit begs for some cookies and the wife insists that, “just this once” it would be fine. Husband guy is not an idiot and brings up the contract but eventually caves in. That’s when stuff gets wild.

Episode one has the strongest horror tone of the four episodes. Evident by the thousands of creepy babies that come bursting out of stomach of “their daughter”  alien-style. Despite the dated appearance, this is fairly dramatic and grotesque, even with the limited animation that is sometimes displayed. It’s intense but not overly so.

You then find out the true reason the couple lost their daughter and the very Twilight Zone second chance they were afforded. However, they fall victim to repeating history and pay for it dearly. It’s a strong first episode for sure. 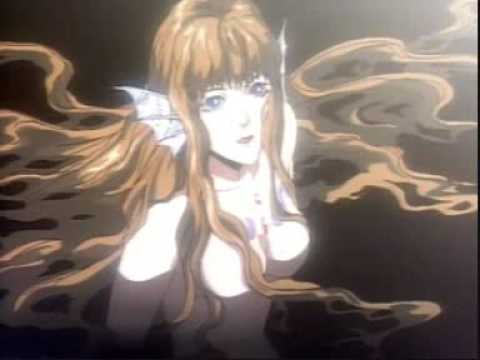 In the second episode, Pet Shop of Horrors goes for a more sentimental story. A man who has recently lost his wife, on the night of the wedding no less, comes to pick up the pet she had ordered prior to her death. That’s when the man discovers that it is a mermaid, a mermaid who looks exactly like his dead wife. See a theme here? Though that doesn’t persist.

This episode explores the concept of loss and regret rather well. In some ways this episode is a lot better than the first but there are a few things that hinder it from actually overtaking it. The biggest problem is the repetitive soundtrack. I get the point of using a particular song as a motif and way to show insight into a character’s state of mind, but it got to be a little much.

In the end, another lesson and warning to those who may fall victim to being consumed by human impulse and emotion. Strangely, this episode had an ED, but it was nothing special. There was a lot of nice looking animation here and I thoroughly enjoyed episode two of Pet Shop of Horrors.

The same cannot be said for episode three. It wasn’t that the episode was bad, but I literally couldn’t remember what happened in it just a few days later when I sat down to write this. It is a cautionary tale about despair and obsession. Perfectly fine stuff, and a decent episode. It just felt kind of forgettable in the set compared to the rest, but still worth watching since there are only four episodes.

Lastly, the most intriguing episode of Pet Shop of Horrors. It is completely different in terms of tone and execution. There is still a creepy vibe and sense of mystery about it, but  the way it plays out is rather pedestrian. Normally, this wouldn’t be a good thing but it kind of works here. Quite difficult to explain, but this is the most Twilight Zone-like episode of them all. I liked it but couldn’t help but feel a bit let down since this is the finale episode.

As I mentioned, I would have gladly watched more but this is all there was. If you are looking for something a bit more under the radar then Pet Shop of Horrors will certainly fit the bill. Unfortunately, I wasn’t able to find any place where you could stream this but it is fairly cheap and available for purchase at Rightstuf for $14.99, which is a perfectly reasonable price for the content that equates to about the same length as a feature film.

Have you seen or heard of Pet Shop of Horrors before? Let me know your thoughts in the comments below. While you’re there, tell me what your favorite lesser-known Halloween themed anime is.

This article is dedicated to Sam C., who once again, donated to my Patreon. If you’d like to offer me your support and help me keep these articles coming your way, consider following his example. For more details just click the button below. As Always, thanks for reading and hope to see you back here at Jon Spencer Reviews soon!