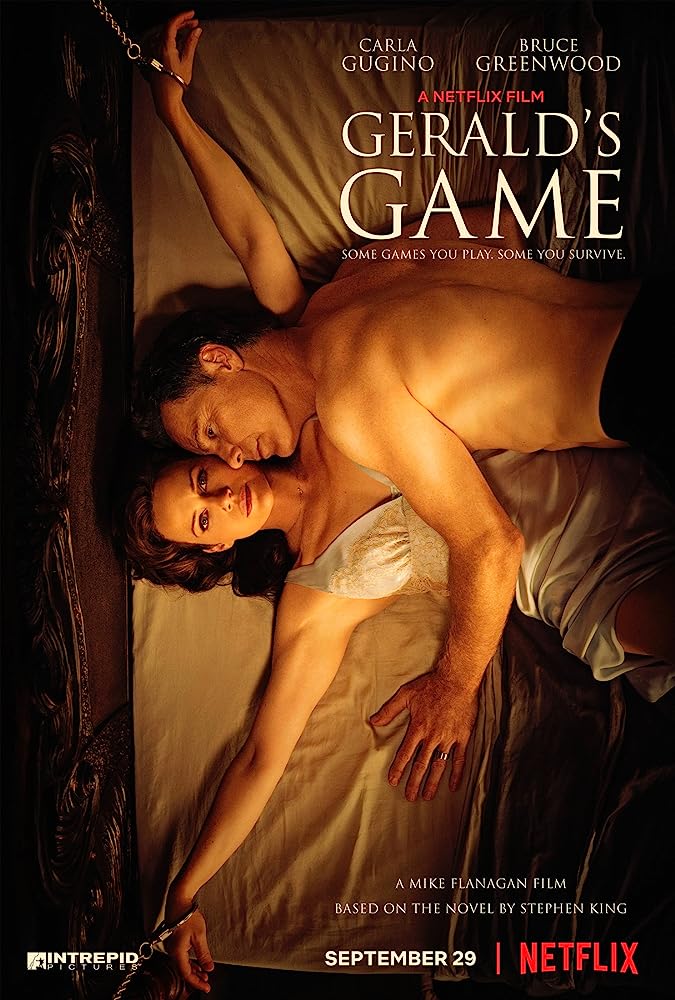 ‘Gerald’s Game’ is less of a horror movie, and more of a thought-provoking struggle to survive; both physically and emotionally. Albeit tamer than ‘Saw’, yet as breathless as ‘127 Hours’. It is a captivity story that pushes boundaries as well as gives us an insight into our heroine’s psyche. Jessie (Carla Gugino – in what many say is “a career-defining performance) is a heroine faced with her own captive nightmare after her husband, the titular Gerald (Bruce Greenwood) dies of a heart attack while trying (and failing) to spice up their sex life, leaving her handcuffed to the bed, with nothing but visions of Gerald, herself, a ghostly figure who she calls the “Moonlight Man” (Carel Struycken), and a hungry dog she tried to feed earlier to occupy her. We also get to delve into her past as we see the relationship between her at a young age (played by Chiara Aurelia) and her father (Henry Thomas – A.K.A. Elliott from ‘E.T. The Extra-Terrestrial’)

With this much story and interaction, King’s source material seems more fit for a stage play than a Netflix original movie. Sooner or later, one mind will read King’s novel and place it where it belongs. As for now,we are stuck with streaming services, while I remain stuck with an urge to check out the novel.