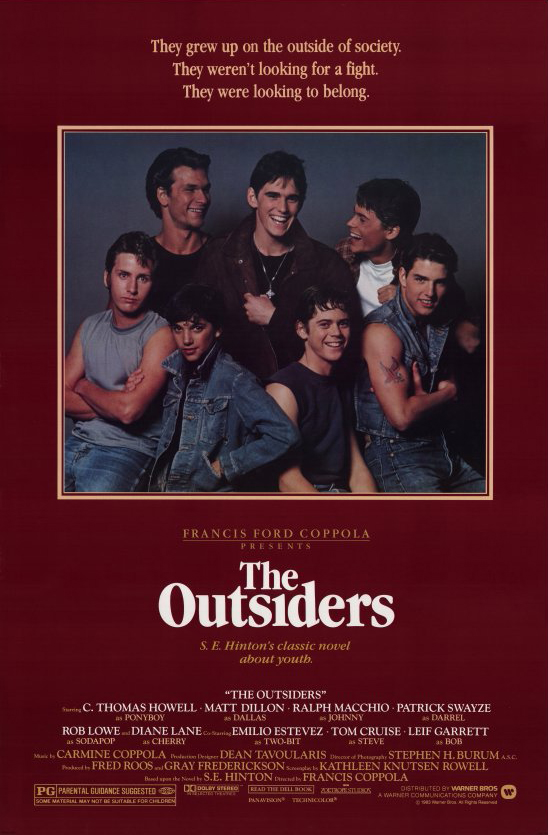 I admire what Coppola did with this movie. ‘The Outsiders’ is set in the 60’s, when gang violence, drive-ins, and soda were staples of a dramatic movie. He captures the essence of the 60’s to the point where the film-making style is reminiscent of a much simpler time. Honestly, ‘The Outsiders’ holds up as great film-making. My only problem comes from this empty feeling I had near the end. With so many stars in the top billing; Matt Dillon, the late Patrick Swayze, Rob Lowe, Emilio Estevez, and Tom Cruise, I wanted more. I could easily blame this fact on the feeling of seeing such famous celebrities in their younger years before they were famous, or I could say that this movie was not what I expected it to be.

Take a look at the poster above. It shows all the major players together smiling in a photo. The focus on all these characters is barely even there, taking its time with Ponyboy and Johnny for the majority. It would have been nice to put the focus on the friendship between most of these characters. If anything, ‘The Outsiders’ barely feels like a gang movie or a buddy drama. I will say that it is a product of the time it was set in. Nothing more.