Christmas is almost here, so you know what that means! It’s time to do another Top Ten list of the films I’m excited for in the coming year! 2016 has been an eventful year with both the bad, (‘XOXO‘, ‘Bad Santa 2’, ‘The Boy’), and the good. (‘Eye in the Sky’, ‘Zootopia’, ‘The BFG’, etc.) We are a month away from heading into the new year, and it seems as though Hollywood is dishing out more films for our entertainment. Without further ado, here are my top ten anticipated movies of 2017!!

There was a time in my childhood when ‘Power Rangers’ was the sh*t! Before ‘Pokemon’, ‘Power Rangers’ was the biggest phenomenon ever; with toys, a show that was as kick ass as not only its theme song, but the characters we loved, and movies galore. We finally get to see these teens morph into their suits once again on the big screen. Elizabeth Banks also stars in this film as iconic villain Rita. My only problem with the upcoming film is its trailer with the first minute being a seeming attempt at high school drama. This could be another ‘Fant4Stic’, or this could be awesome. Fingers crossed for the latter!

Pixar has almost always made quality films from ‘Toy Story’ to ‘Inside Out’. (I didn’t mention ‘The Good Dinosaur’ and ‘Finding Dory’, because they weren’t as good as the other films in the animation studio’s resume.) We know nothing about ‘Coco’, other than it seems to give us a hint at “The Day of the Dead”, (which was also attempted in ‘The Book of Life; one I have yet to see.) and it looks to be fun and filled with color. I will always look forward to seeing Pixar movies until the day I die; ‘Coco’ looks to cement that fact.

It’s been almost 21 years since Danny Boyle gave us ‘Trainspotting’, which showed us a horrifying look at heroin addiction as well as a humorous look at friendship. I kind of liked the first ‘Trainspotting’, so finding out that the sequel came to fruition was a total surprise to me. I knew the book the original film was based on had a follow-up; so once I read an article about the sequel happening, I was excited. The original cast is back and director Danny Boyle has returned to film this. The only negative was that it didn’t work with ‘Dumb and Dumber To. Maybe ‘T2: Trainspotting’ will prove us all wrong?

Ridley Scott is back behind the camera for not only another installment of the classic ‘Alien’ franchise, but as well as a straight-up sequel to 2012’s ‘Prometheus’. Noomi Rapace is returning, as well as Michael Fassbender. Katherine Waterston, Demian Bichir, and Billy Crudup are also set to star in this sequel. The movie’s poster doesn’t say much, except to serve as a throwback to the original film. We shall see where this film goes when it hits theaters August 4th!

Some people love ‘Kingsman: The Secret Service’, while others hate it. I am one of the 50% that loves the action-comedy, and rightfully so. What the first ‘Kingsman’ did was up the ante with graphic violence and balance comedy, suspense, and action in the best way possible. With ‘The Golden Circle’, we are given a hint to Colin Firth’s return as the suave member of Kingsman, Harry Hart, as well as a first look at Channing Tatum. I hope Matthew Vaughn can make lightning strike twice with ‘The Golden Circle’.

If you asked me what the best Disney film ever animated was, I would simply answer ‘Beauty and the Beast’. The original is a beautiful (and questionably underrated) film of animated splendor. The quality still holds up today and is one of Disney’s bests to this day. The question is: How will the remake do? It looks glorious and will still keep a musical element, but I’m still on the fence. Otherwise, I will still see it when it hits theaters in March.

My childhood dream of a ‘Captain Underpants’ movie has finally come true, and it looks like we have Dreamworks to thank! The same style is said to be that of Blue Sky’s ‘The Peanuts Movie’, giving it that comic strip feel while also looking cartoony and goofy. The casting is perfect as well! Ed Helms voices the title character; while Kevin Hart, Thomas Middleditch, Jordan Peele, Kristen Schaal, and Nick Kroll also lend their voices. Tra-La-La! Indeed!

In 2015, the force awakened. Now what?! We all know what happened at the end of ‘Episode VII’, but what will become of our heroes and villains?! What’s the plot this time around?! Next Christmas, we will find out what the next chapter is! But let’s not spoil the surprise, we know it will be something great!

Tim Curry will always be Pennywise to me, yet he doesn’t come off as terrifying as much as Bill Skarsgard does in the photo above. I was amazed when I first saw this image, and I am now even more excited for ‘It’ to come out next year. If the trailer looks great, I will be even more impressed. I just hope it doesn’t look too low-budget like some horror movie trailers tend to be.

Marvel’s crew of prisoners return and look better than ever in ‘Guardians of the Galaxy: Vol 2:’ (The name itself is a comedic nod to the cassette tape that Peter Quill kept with him on the journey to remind him of home.) The trailer has a sense of intrigue with Blue Swede’s ‘Hooked on a Feeling’ to build up the awesome footage that came before ‘Doctor Strange’. Fingers crossed Marvel Studios has hit another ball out of the park.

‘Valerian and the City of a Thousand Planets’ 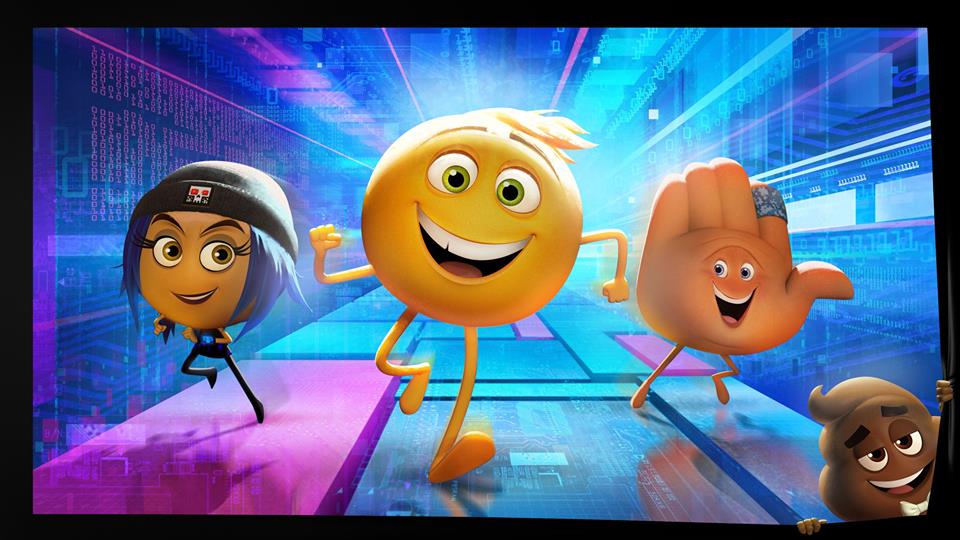 ‘My Little Pony: The Movie’