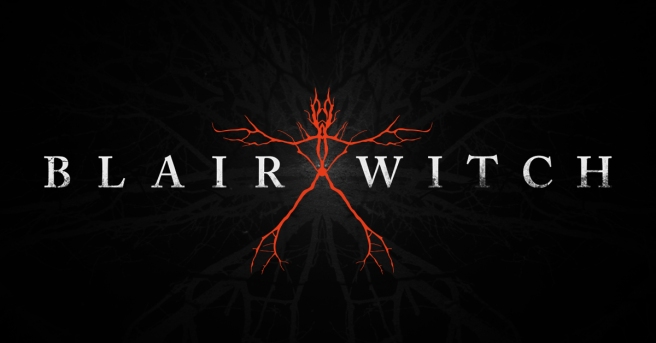 I went to see Blair Witch this past weekend. Now, I know what you’re thinking.

“Why would you pay nine bucks to just get up and leave after the trailers finish rolling.”

My only response is that the trailers were actually worse than the movie. 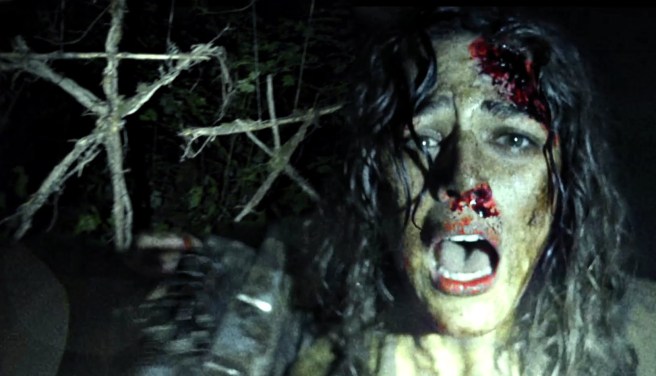 Blair Witch is a found-footage film directed by Adam Wingard and written by Simon Barrett. It centers around a group of friends who return to the Black Hills Forest in search of a main character’s sister. They find a witch instead.

From the get go Blair Witch is quite identifiably a big-budget Hollywood reboot. It’s a reboot in the subtlest of terms all things considered and the budget seems to work against its production values. From the first announcement trailers until now I had maintained my reservations. Although there were sequences I thoroughly enjoyed, the overall film is a series of jump scares meant to alienate the audience.

In fact, by the first thirty minutes I had already lost the energy to keep watching. A constant assault of disproportionate audio, smash cuts, visual corruptions, and needlessly tense build ups left a sour taste in my mouth.

Over the course of the film their over reliance on jump scares, stilted premises, and weak setups became both predictable and annoying.

Not to mention the brief moments of inexplicable humor tossed in there by a very human production and sound design teams. My three favorite moments of comedy were so bizarre that I chuckled to myself in the theater. Whoever was operating the drone was probably told to go up and pan the horizon taking no consideration for a shot that is interesting or different than all the other drone shots. That was pretty funny.

Then they ramp it up by recycling the same bone snapping sound effect when a woman tries to walk on a minor cut. They played this bit maybe six times in a row.

Then later on, the event that got me busting, was when a tent was thrown halfway across the woods for no apparent reason. “F*#$ this tent!” The witch says as five pounds of fiberglass-framed polyester comes crashing down with the weight of pickup.

Unfortunately the faults did not stop there.

I can’t exactly fault the nonexistent plot and the script wasn’t necessarily weak, but the characterizations were oddly thin. Considering both the horror genre and the fact that this is a Hollywood pseudo-sequel, that revelation should come as no surprise. But that is exactly what makes it odd. Given that most of the film is told through the candid eyes of our protagonists the issue of expression should be a primary focus for the filmmakers.

The relations between characters felt inappropriately forced, not entirely because the actors were bad. In fact I think the actors could be great outside of this film. In some ways their presentation was more horrifying than the subject matter of the film.

The only reason I do not fully commit to the actors being the crux of the issue is because there were glimmering beacons of hope within the mire. Little promises of creative adeptness that proved their efforts were not entirely in vain.

This extends from interesting thematic elements to brief seclusions of cinematic prowess.

Overall I enjoyed three bite-sized sequences of trying themes including a backstabbing plot, time distortion, and a sequence of claustrophobia.

I enjoyed two moments of character interplay which advanced them emotionally, both taking place in times of utter duress.

And I enjoyed a partridge in a pear tree.

If the film had taken a stalwart approach to a new intellectual property with the generative ideas they expressed in this film I honestly think I would have enjoyed it immensely. Unfortunately this is not a film I would recommend seeing in theaters. If anything grab some of your best mates, make a drinking game, and enjoy the film for exactly what it is.

I guarantee you’ll have much more fun.

I like to write some. View all posts by origamillama