For every musical to work, there has to be some opening number worth listening to. As a person that grew up loving musical movies, there was always something that kept me glued to the screen, and that is: The intro (or Opening Number). Is it catchy? Does it set up the story as well as the tone it’s presenting? Only my Top Ten can determine which musical intros left the biggest impact on my movie-going experiences.

The set-up of ‘South Park: Bigger, Longer, & Uncut’ is that of a Disney musical. It is not only a parody of the many musical films that has existed over time, but also serves as a political satire regarding censorship. The opening song ‘Mountain Town’ reflects its seemingly innocent tone with minor jabs at insult and disappointing comedy. It is one that should have been nominated for an Oscar instead of ‘Blame Canada’ for its cheerful tone and positive outlook at life while also setting up its offensive nature that the show was known for.

With the three doo-wop singers named Ronnette, Chiffon, and Crystal serving as the Greek chorus throughout this dark musical comedy, the opening theme for ‘Little Shop of Horrors’ is narrated with an upbeat tone with music by Alan Menken, and lyrics by the late Howard Ashman, which have a subtle dark undertone that puts ‘Pumped Up Kicks’ by Foster the People to shame. It’s still a catchy tune nonetheless, and deserves a spot on this list for providing my childhood with joy, even if the lyrics set up for the crimes and dark future the movie will show. 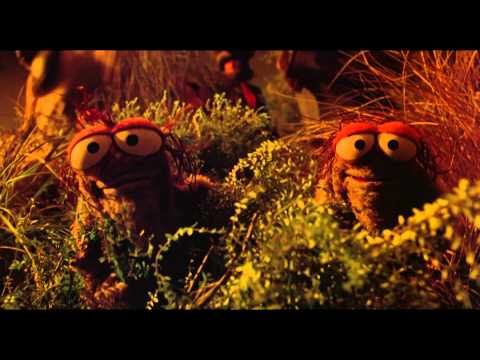 A film about Muppets taking on the classic Robert Louis Stevenson classic deserves a pirate shanty which is as dark as it is epic to the sound. What makes this song work is the fact that the Muppets made for this opening number are telling this tale of greed, murder, and betrayal as the notes get louder and the singing gets rougher. It’s not as lighthearted as the usual Muppet song, but for this movie, it works.

Every high school choir knows this song and has sung it at least once; so I would have been a fool to leave this one out of the list. This song is not only a staple of musicals and how impactful they could be, but the lyrics also serve as a testament to how life should be cherished in the amount of time we have as it sets up a depressing story about the struggle of AIDS and Bohemian life. If this song doesn’t touch your heart at least once, then you are lying.

On the lighter side of things, we have another Muppet song that is as joyful as it is catchy. The opening number- sung by Jason Segel and his Muppet brother Walter -shows the positives of living and how joyful we can make our lives. Is it Oscar-worthy? You bet! But sadly, the Oscar was instead given to ‘Man or Muppet’, which, although a funny song, just couldn’t reach the spirit that The Muppets are known for. It’s also a good way to introduce families of this generation to our favorite plush characters.

If there’s one thing we miss about Adam Sandler, it’s his musical talent. I’m not saying he’s dead, but his roster of films aren’t as good as they used to be. This Christmas/Hanukkah classic tells the story of an alcoholic named Davey Stone that spends the rest of his miserable life ruining the holidays for the people in his town; no other song cements the depression and personality of his character in a holly, jolly tune that isn’t as jolly as the season itself. It’s only about 2 minutes long, but tells you all you need to know about the character as we come to hate and eventually feel for him during the last half-hour of this movie.

‘The Rocky Horror Picture Show is one of the most well-known movies that has ever existed and is a staple of movie theaters and Midnight showings across America. It is one of those movies that is fun to watch, and yet it is divisive for some people who find it weird and confusing. The lips in this movie that set up for a wild night of eroticism and wacky weirdness that only Tim Curry could provide as Dr. Frank N’ Furter, tell us about the many B-movies of the past in this opening number which proves to be satirical while giving you the intention the film is trying to get across.

The late Prince gave us something to get us off our seats while his character The Kid was performing the intro song in ‘Purple Rain’, where we see a choppily edited montage of what’s going on around the entire song. We are also introduced to a couple of our main characters and get to listen to a catchy song while all this is happening. It seems that Prince wrote great music that matched the film that was being presented; once the song ends, you know you’re in for a cheesy, yet touching show.

I know ‘Sausage Party’ is quite recent, and it certainly isn’t a musical, but its opening number with music by Alan Menken is definitely worth a mention. Its Disney-esque tone set to extremely profane and sexual lyrics put ‘South Park: Bigger, Longer, & Uncut’s musical numbers to shame and have the feel of an animated musical. The choreography is also present as we hear many different food items explain their beliefs about what happens in “The Great Beyond” while also being funny and satirical. Let’s hope this song gets nominated for an Oscar next year.

Alan Menken is once again back on the list for composing a song that is as epic as a Disney musical should be. The orchestration is major when things get booming, and quiet when moments in the opening get dark. It has the right amount of tone needed to set up a story in the best way possible and keeps you glued to your seat wanting more. I have no other way to describe ‘The Bells of Notre Dame’, except it’s what you want from a movie musical, especially one based on a Victor Hugo novel.

‘Rainbow Connection’ from ‘The Muppet Movie’

Another Muppet song must not be forgotten, as it was not only the first to be nominated for an Oscar, but its lyrics resonate to fantastical proportions; asking us the question: “Why are there so many songs about rainbows, and what’s on the other side?”

A Disney intro should not be complete without an intro that captures your attention and keeps you glued to your seat, and ‘Frozen Heart’ does the job quite well. A bunch of ice harvesters sing about the foreshadowing that is headed our way as the fun and magic starts. Even if ‘Frozen’ is overdone, this song is a good way to get things started.

‘Belle’ from ‘Beauty and the Beast’

What an orchestration of musical proportions from Alan Menken and the late Howard Ashman once again. The musical tone is set to various townsfolk talking about the strange bookworm as she hustles into town with a book mushed in her face. Another great intro from Disney.

‘We’re Doing a Sequel’ from ‘Muppets Most Wanted’

Of course I couldn’t go without mentioning a song about how one successful movie can lead to a sequel with clever lyrics about how the sequel isn’t always a good idea. I admit that the movie did fail at times to hit the ground, but this song sure didn’t.

‘Scrooge’ from ‘The Muppet Christmas Carol’

Another Muppet song, I know! But this one had to be mentioned for its orchestra and introduction to Michael Caine’s incarnation of Ebeneezer Scrooge. This was always a favorite of mine as a kid, but forgot to make the list.