Looking For Something New?

Back in December 2015 I made a list of 5 Underrated Anime and I thought it was about time I got to making another. Since then I’ve seen way more shows and of them, here are a few more that could do with a little more love.

Only shows I’ve watched to conclusion are counted, just like last time. If I missed a good show to recommend, I probably just haven’t seen it or didn’t include it this time around. Feel free to recommend any interesting shows of your own in the comments and let me know what you think of the shows on this list as well! 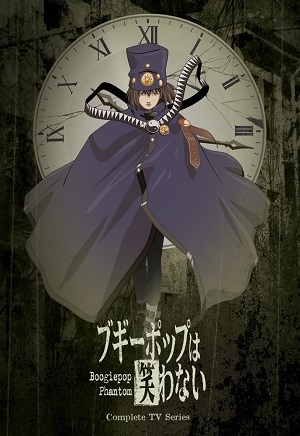 Legal Streaming:  None I Could Find

Let’s start the list with my lightest recommendation. Boogiepop Phantom is an interesting show that reminded me a lot of Serial Experiments Lain when I watched it. Both shows took me multiple sittings and gave me a lot to think about afterwards. While Lain is by far the superior show, Boogiepop Phantom isn’t bad. If you are looking for a trippy anime with deeper concepts than this is the anime for you.

The show does suffer a bit from looking dated and the washed out tones are not the greatest aesthetic, but if you give Boogiepop Phantom a chance and pay some attention while watching, it will definitely be worth your time. That being said, this one certainly isn’t for everybody. However, if this is your cup of tea, without a doubt, give this one a look.

Keeping with the theme, the second show on this list is Humanity Has Declined. Despite its looks, this show is a dark comedy that has a lot of deep things to say about humanity itself. While it will certainly have you laughing, it will also question a lot about our lives, such as religion, culture, and other topics.

The show has a gentle pastel look featuring a unique aesthetic compared to anything else I’ve ever seen. Everything is fantastical and interesting to look at. For some, this will add to the darker tones the comedy takes and may even create a feeling of uneasiness in certain episodes.

Humanity Has Declined is most well-known for the (in)famous bread scene in episode 1, but still a lot of people haven’t actually watched this one. Most episodes are 2-part stories that are mostly episodic. There are a few one-off episodes though. Overall, the show is quite funny and can offer something for those who enjoy thinking about themes and deeper concepts as well.

Number three here is the most light-hearted show on this list. Usagi Drop is a show about a Daikichi Kawachi who takes in his grandfather’s illegitimate daughter after he has passed away. While this is kind of a bizarre setup, the story is really fantastic.

Daikichi must adapt to having to care about more than just himself now that he is taking care of Rin. Through raising her, they both grow and going on this journey with these characters is a memorable experience. While some people may be turned off by the slice of life tag, give this one a shot. There is real character development in this show and the story has a lot to offer to anyone at any stage of life. Usagi Drop features good life advice but is never preachy about it. This is a strong recommendation from me.

Unfortunately, the show is rather short and you’ll definitely be wanting more by time you finish it. With that being said, whatever you do, don’t seek out the manga. The manga perverts the great story the anime presents and will unquestionably ruin the enjoyment of the series. Normally I wouldn’t even mention the manga, but this is a special exception. Seriously, don’t read the manga, you’ll regret it.

This one was a real surprise when I first watched it. The series was easy to get into with characters you could appreciate regardless of seeing the original 2008 series or not. Unlimited Psychic Squad has crisp action sequences, a level of intrigue, and a well put together story for what it is. If you are looking for a slightly dark action drama featuring superpowered individuals, then give this one a watch. 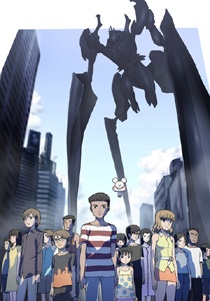 Bokurano is a hidden gem. Out of all the shows on this list, if you choose to only watch one, it better be this. A group of kids is playing by the sea when they stumble upon a cave filled with computers. A mysterious man named Kokopelli owns all the equipment in the cave and offers the group of 15 to play a game he’s currently developing. Eager to play, all but one agrees to play the game. What appears to be a fun adventure awaits.

Unfortunately, to say more would be an injustice to the series. Bokurano is best experienced knowing as little as possible before gong into it. I can’t recommend this one enough, it’s very good. Go watch it. Seriously.

What did you think of this list? Have you seen all the shows this time around or did you discover something new? Regardless, I’d love to hear your thoughts on the shows above but please be mindful of those who may not have seen them yet. Also, if you know a cool show that I should consider checking out, let me know about it. Lastly, leave a like and share this with anybody who may enjoy it. The support is always appreciated!